Behind the Green / Red Door

Green and red are the colors of christmas, but today at AEET they take on a whole different meaning, as we find an Archies-esque 70's comic book teen from the mean streets of Mo City trying to sneak into an R-rated movie called "The Red Door", starring Marilyn Calmers. Yep. The Red Door. Marilyn Calmers. Have you figured it out yet? In December of 1972, Behind the Green Door starring Marilyn Chambers was released to theaters and quickly became one of the most popular feature length X-rated adult films of all time, helping usher in what many consider to be the "Golden Age of Porn." It was apparently still in the minds of another area of the entertainment industry four years later as we find the December 1976 issue of Fast Willie Jackson #2 loosely referencing it in a four page story entitled, "Double Feature for Willie." A rather odd choice of title, as well as subject matter for Fitzgerald Publications, a company whose goal was to deliver inspiring and educational comics for African Americans, and to help develop greater pride and self-esteem in black youngsters and adults. 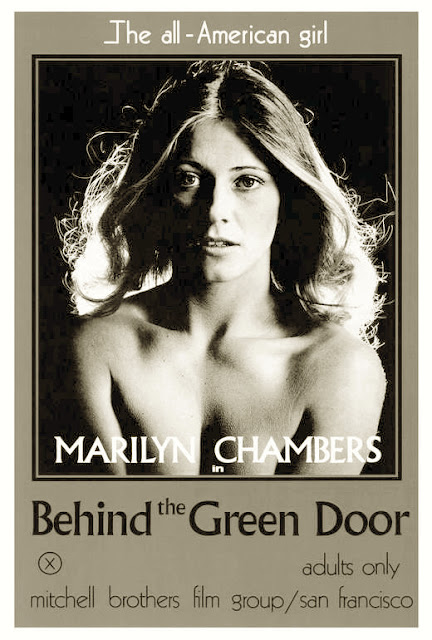 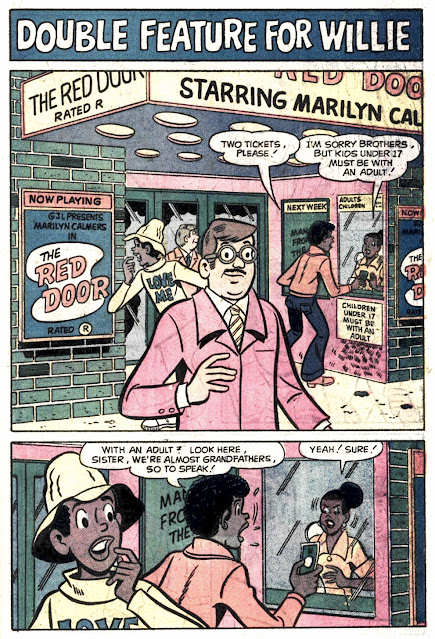 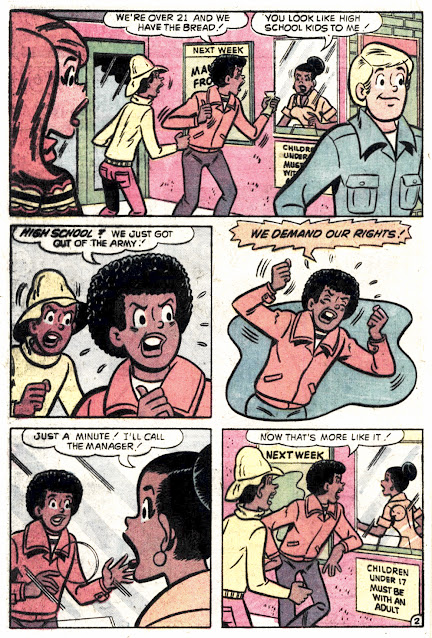 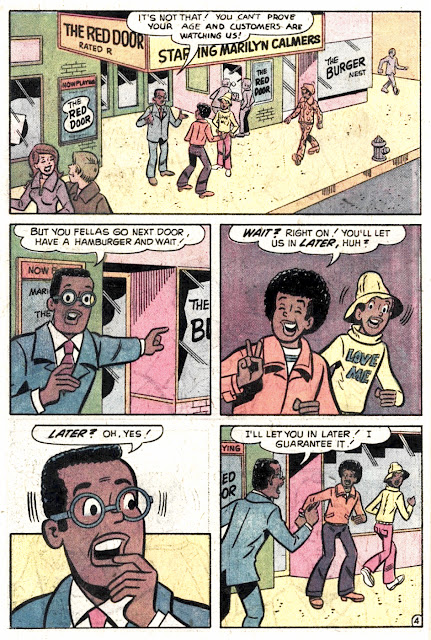 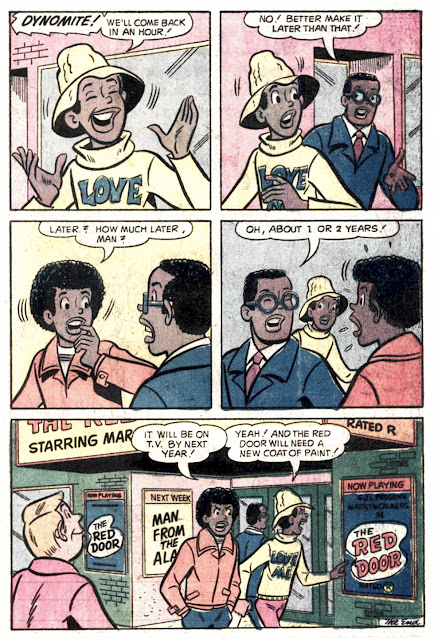 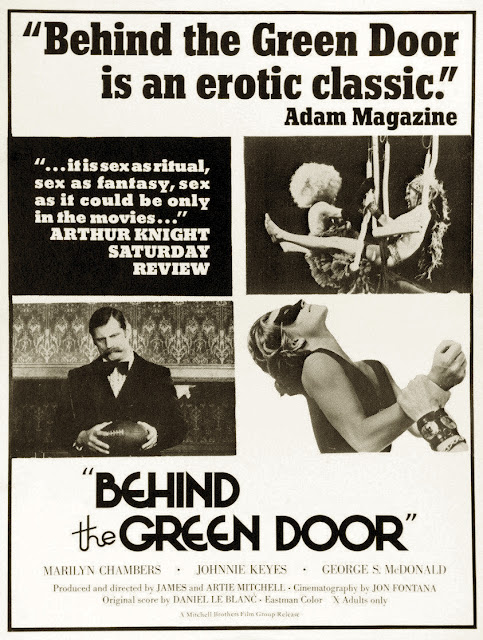 Actually, weirdly enough, this characters name in the comic is Ms. Jane Fronda, of all things. No foolin

That's a great gag! Never saw the punchline coming, even though in hind site it was obvious.

The pseudo Archie style is really well done and solid throughout, even with our "guest star" appearances outside the theatre.

Yes, I too see many red doors and want to paint them black, lol