I typically do not collect cartoon character stuff from the 90's (Ren and Stimpy has been the sole exception), but these rubber Addam's Family candy toppers were just too fun to pass up at the antique mall last weekend. HBPC released this set of 4 rubber toppers that came with a tube of jellybeans in 1993, based on the designs from the animated tv series that aired on ABC from 1992 to 1993. I'm a diehard fan of the the original 60's television series, as well as the 70's animated version, so passing on these really wasn't an option. Decent condition, a few of them have some unfortunate paint scratches, but overall I think I paid a fair price for the set seeing as how there are some serious eBay nut jobs trying to get $200 + for them online. (FYI if interested, there are a few in the much more reasonably priced $15 - $20 range too!) As much as I adore the happily married duo of Gomez and Morticia, I have to admit my favorite of this set is the maniacally eyed Wednesday about to lay down some serious damage upon poor Pugsley's noggin'! And speaking of junior, he's the sole family member to appear twice in this set. 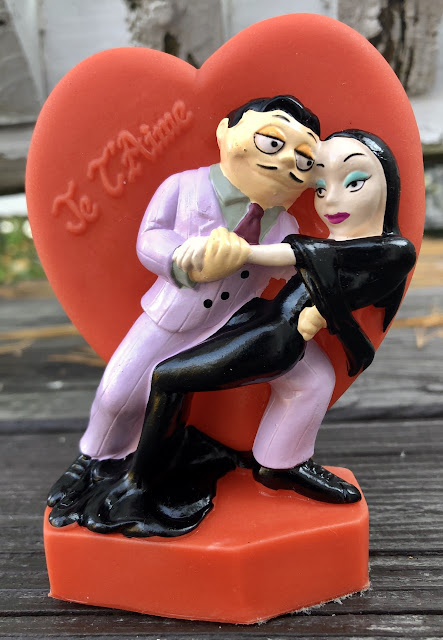 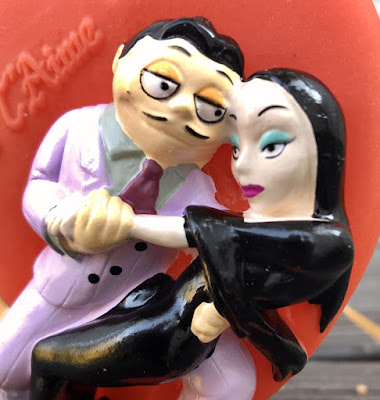 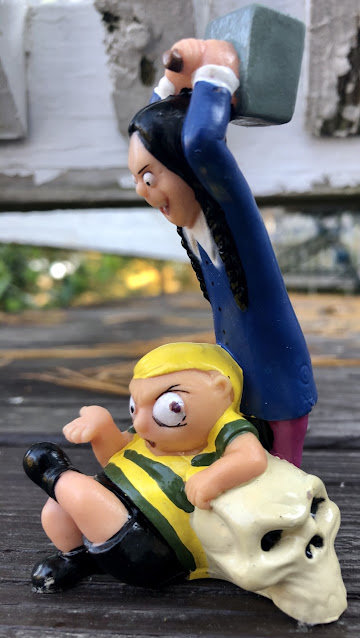 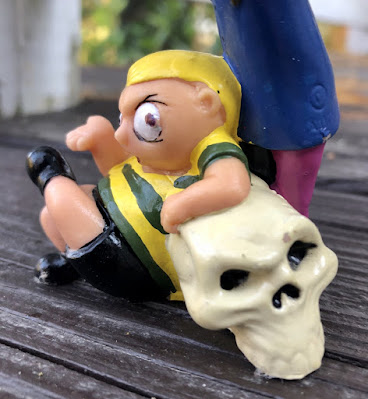 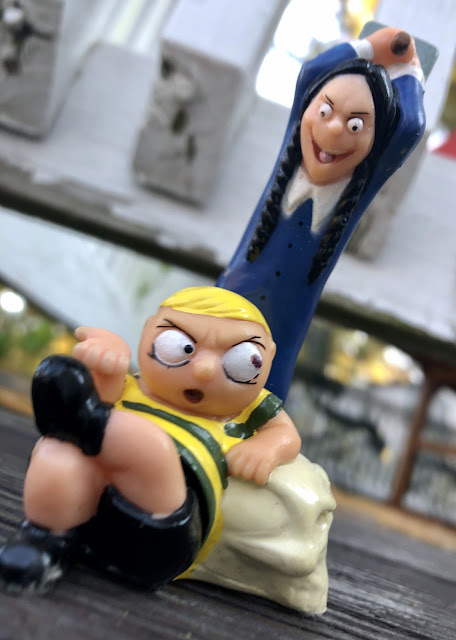 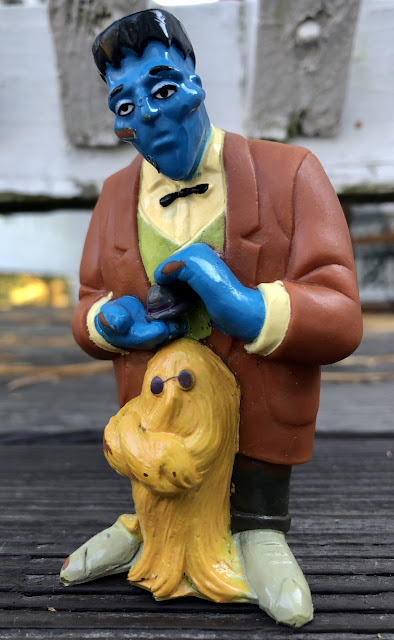 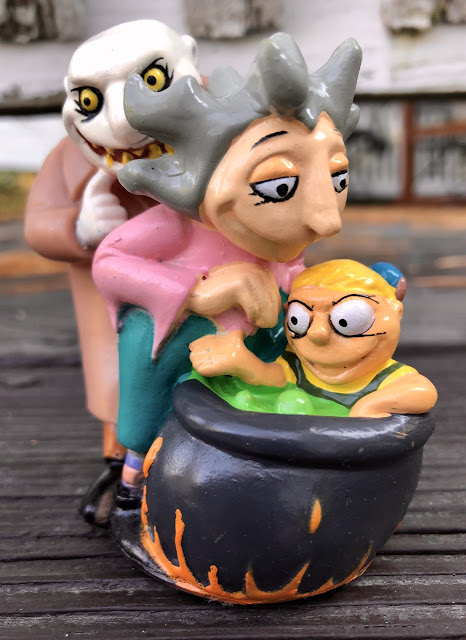 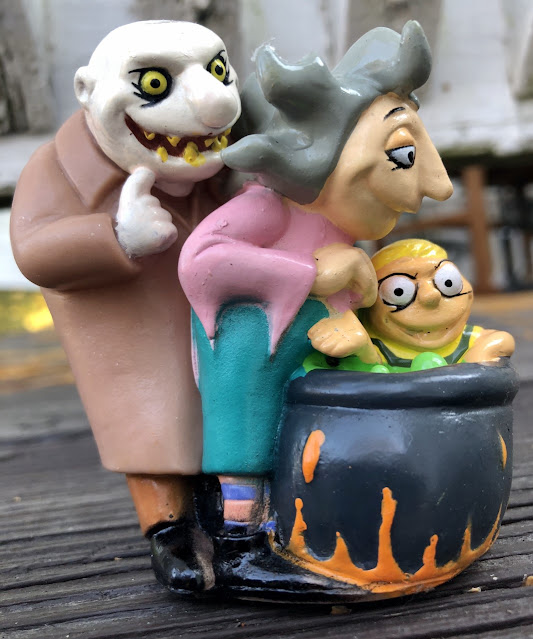 I love the Wednesday and the Fester! I've never watched this version of the cartoon, but if these are on model, the designs are pretty great. Only Gomez and Grandmama look a little bit like Simpsons characters. Must be the Garfield eyes.

The expression on Fester is incredible! So nice molding work went into all these, and pretty good paint jobs for candy toppers!

Glad you guys liked these, I was very surprised at how well they were designed and molded as well. Thanks for the comments!