You probably need to have been a kid in the 70's to really appreciate the Ben Cooper rubber "jigglers" found back in the day in every dime store imaginable. And for a floppy hunk of recklessly painted rubber, they seem to fetch insane prices these days, but that my friends is what all the magic and charm of these things was/is about. You probably already know about Cooper's classic Halloween costumes, but these rubber rascals were something that could actually be found all year 'round in the toy aisles: skeletons, devils, bats, spiders, and all forms of jiggly classic monsters and ghouls; what they lack in detail is made up in total inspiration. The term "jiggler" refers to the fact that they have a rubbery string attached to them and you hang 'em around where ever their loosely molded forms can wiggle and jiggle to the delights of the easily entertained. I still can't believe I found this minty witch the other day for a measly $1 at the antique mall. 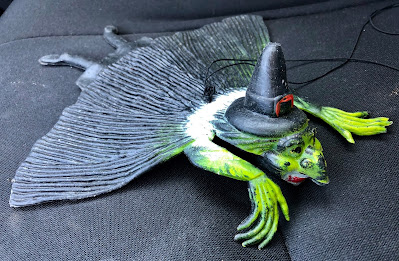 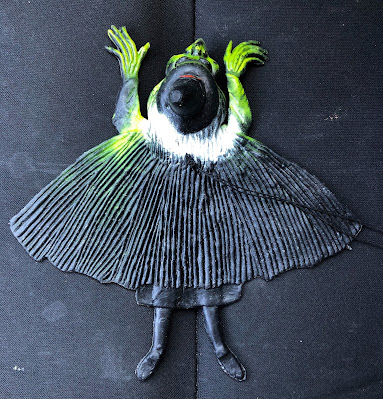 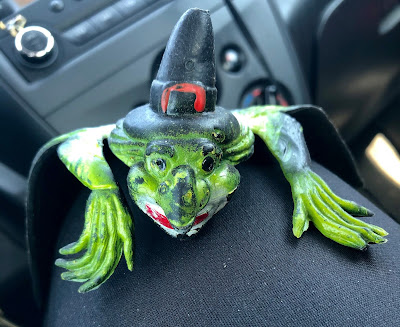 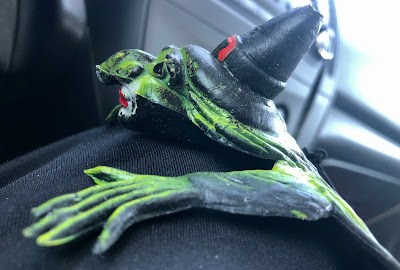 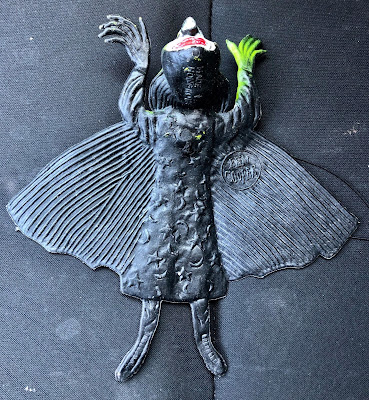 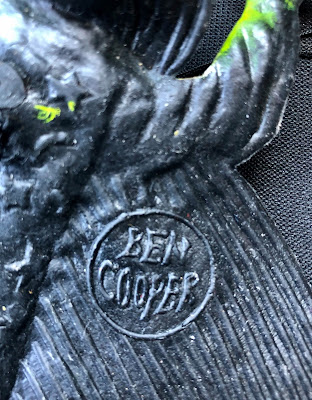 It was only a buck? I'd buy that for a dollar.

It looks like a bat/witch/frog combination, I guess the witch's brew had too much wart of toad in it.

A neat Halloween treat, thanks!

I love finding old random toys from back in the day in shops, boot sales, etc..especially if they were ones I used to own as a kid!

Finding something from your long lost childhood is most definitely a plus!

Wow, a buck a steal for that these days, especially at an antique mall. I found one of these a while back at an estate sale.