I picked up these 3 handsome little fellows in Japan a few years back. I had no idea who they were or what they were from, I just liked the fun way they're designed. 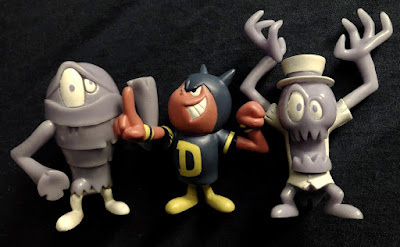 After opening them (and putting their arms and legs on as is typical with most gashapon toys), I found tiny folded brochures with each containing a cool comic printed on one side, and the rest of the characters in the set listed in their actual colors on the other side (two of mine are apparently greyscale variants.) The name "Monster Carnival" which when googled, produces only hits about a completely unrelated game bearing the identical same name, and the only other English in the brochure is: G Dama, Copyright Akira Noguchi / Reigning Looney Corp, East Up Co. / EU Works, Ages 13 and Up, and of course, Made in China. Googling any combination of these words together produces absolutely zero information. Anyone know anything about these guys?

I'm bummed I didn't get the rest of these while I was there, but I figured I'd just look them up online when I got home. Ahh well... and apparently, pirate monkeys were to be the next series from whoever this company is: 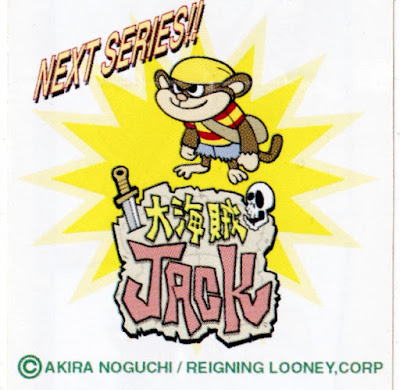 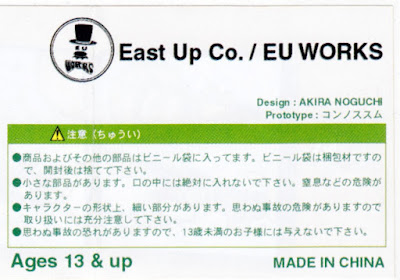 Wow yeah, these things are scarce online, aren't they? I tried searching the katakama for Monster Carnival (モンスターカーニバル), but all I found were a couple of closed Yahoo Japan auctions and a few more photos (like here). But nobody seems to know anything much, and are basically just saying the same thing you are. Apparently the line is just a one-off.

They sure are neat, though. I like the little boater hat on that skeleton man. And the werewolf comic, of course.

Awesome, thank you for digging up that link... it's seems like people really like the characters too (and I wonder if the pirate monkey series ever actually came out?)

I'm also even more curious now to know about the greyscale variants I have. To be honest, I kind of like the way they look better than the full color versions

There's some cute design work there!