If you saw and enjoyed my Giant Robot post back in April HERE, then here's some good news, today I have a follow-up post featuring a few fun items from another Mitsuteru Yokoyama robo-classic, BABEL 2, --specifically, the rad robot called Poseidon. In this series a young boy discovers that he is not only the reincarnation of an alien entity, but that he is also entrusted to protect the Earth with the help of a shape-shifting panther, a dragon-like flying creature, and a giant robot that lives at the bottom of the ocean. I was able to read the entire original 1971 manga series for FREE online a few years ago thanks to one of the many fanslation sites, --but unfortunately I have only seen a few of the actual animated episodes from the original 1973 television series, and that was without translation too. Still, I adore the story and absolutely love the robot, so here he is as part of the superb Furuta gashapon toy collector set based on the works of Mitsuteru Yokoyama (meaning he came blind boxed and yes you had to assemble him.) Also pictured below is a neat little BABEL 2 pencil sharpener that's shaped like a TV set-- found this in Japan as well! 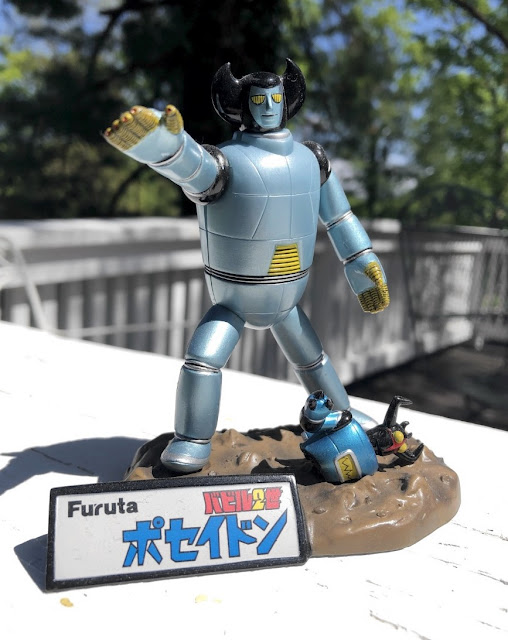 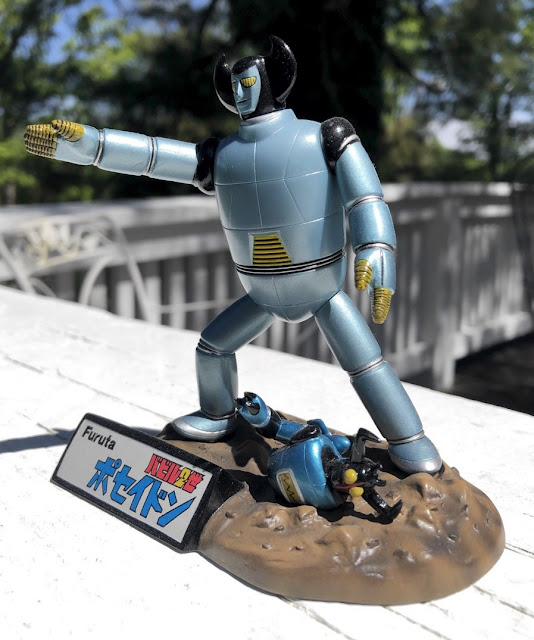 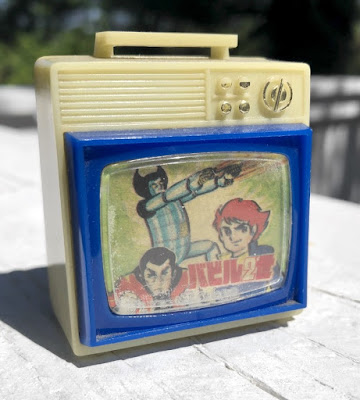 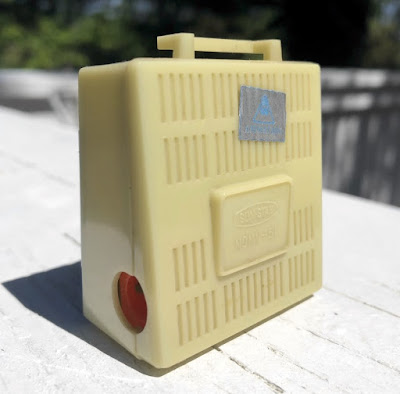 And speaking of giant robots, I recently downloaded the free TUBI app on my phone and it's amazing... I mean, aside from thousands of great movies and TV shows, they have a ton of anime (old and new) and I was finally able to see all 26 episodes of GIANT GORG (1984) with English subtitles. It's an incredible series, and super highly recommended if, like me, you're into exciting tales of scrappy boys and their giant fighting robots! 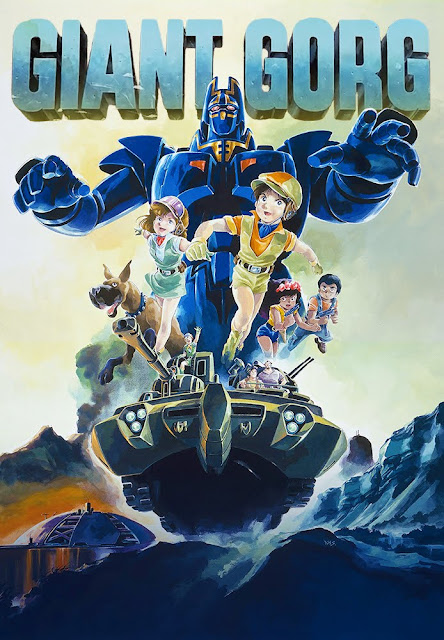 I love chubby robots. They look so ... jovial. Until they fire their rocket fists, though!

Shonen Jump started a new giant robot series called zip-man. SJ is pretty quick to cancel series, though, and this one didn't even make it to 20 chapters. Actually wasn't all that awful (until it was forced to speed up.) I guess kids in giant robots aren't as popular anymore.

I like Poseidon's color scheme. I miss the sixties and seventies Giant Robot designs, they are always so compact. Ever since Robotech, mecha gotta be festooned with aerodynamic triangles and technical stickers and missile silos and the like. They're all pointy. This dude looks like an AC duct with yellow fingers. It's way better.

But of course I love that TV the most. Babel 2 is the only channel it gets!

I'm a freak for old school robots as well, the less complicatedly designed the better