We interrupt our Halloween 2019 Leftovers Feast for a quick look at some recent additions to my always expanding Donkey Kong collection-- a complete set of Coleco's Donkey Kong Arcade Figures from 1981. Donkey Kong, Mario, and Princess Pauline were in the initial release set of three, they eventually added Donkey Kong Jr. a few years later in 1983 after the success of his own awesome arcade game. They're only a few inches high, but very solid, nicely painted figures. Pauline is the clear-cut fave of the set, as she comes with a mini version of the DK arcade cabinet! 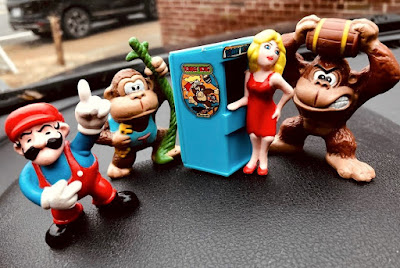 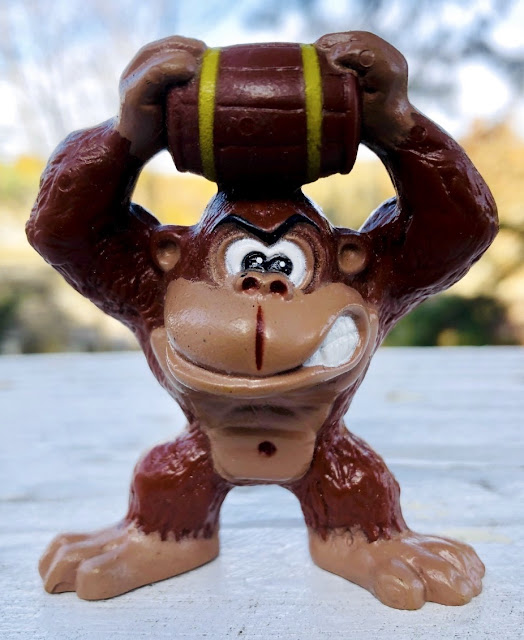 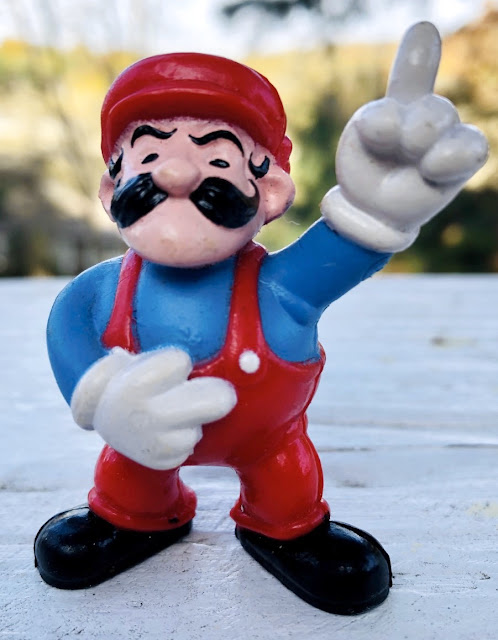 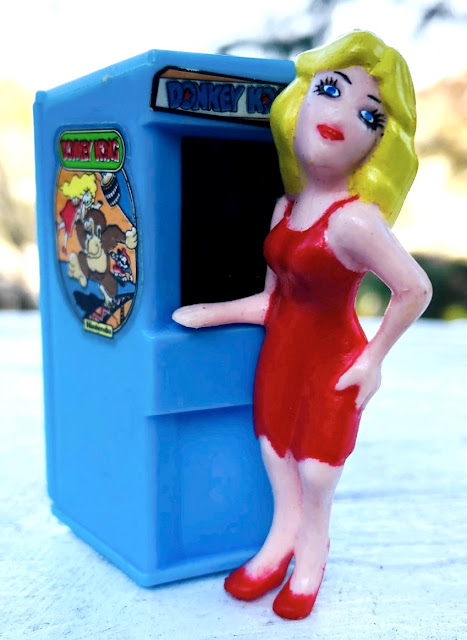 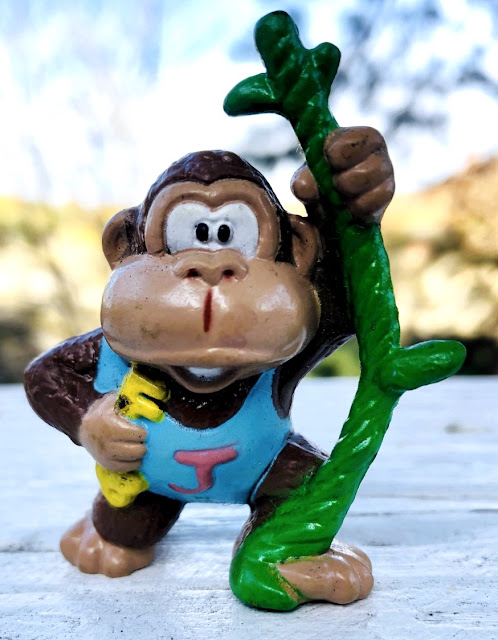 I found the pic below online, it shows how the figures were sold neatly packaged with a fun backing card and bubble blister --and according to this one-- marked way cheap at Kay-Bee too! 3 for $2.00 is quite the bargain when you see what they're going for these days on eBay! 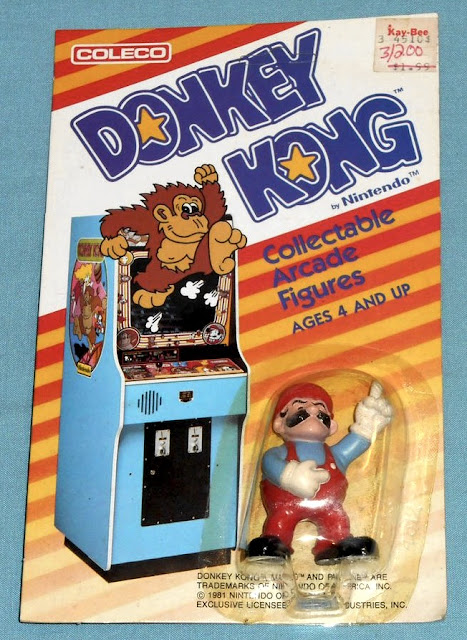 Yay, Kay-Bee! A friend of mine used to run the one at the largest nearby mall (actually, were there even any Kay-Bee toys stores that were not in the mall?). I had a friend that worked in Toy's r Us for a decade, too, but that was the nineties. It's Kay-Bee that I remember from being a kid in the seventies. And Record Bar. And Walden Books.

(And Spencer's Gifts. And Mr. Dunderbak's.)

That scale cabinet is definitely the showstopper, but all of these are great. It's funny how much more on-model the figures are compared to the toy arcade game. Seems like its the physical object that would be easier to scale accurately. I do wish they'd painted in the pluses of Kong's perfect teeth, though. I always liked that detail.

@Mr C: I believe you're right, Kay-Bee seemed to mostly be a mall toy store. The only big free standing toy stores I remember here in STL, (aside from Toys 'r Us), were Toy Chest, and Children's Palace.

Thanks for comments, and long time no see, Wendy! ;)