Printed and published in Great Britain by D.C. Thompson & Co. LTD., Spellbound was a weekly magazine of thrilling, serialized comic book stories aimed primarily at young women. This particular issue, #50 from September of 1977, features seven, separate, ongoing adventures featuring strong, female characters caught up in varying degrees of mystery and danger. Each story is nicely illustrated, though very short, and of course the cliffhanger element at the end of each tale unquestionably ensured that readers would be back the following Thursday, panting for more, i.e. the strange tales of Damian Drake, or the weird and wild outer space suspense of the sexy Super Cats (which we'll see later next week), and so on! So in light of our "October Leftovers" fest, today's post focuses on two entries that fall into the horror and supernatural categories. I would love to someday read these in their completed, collected versions (anyone know if this is a reality?) --but for now we'll just have to settle for these brief glimpses into only a single, pulse-pounding, teaser portion of each tale! 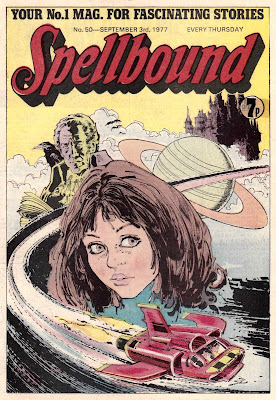 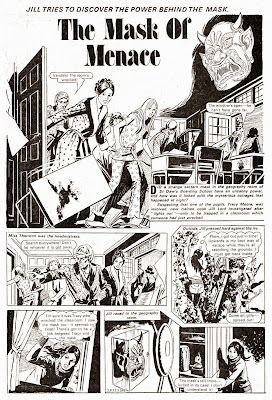 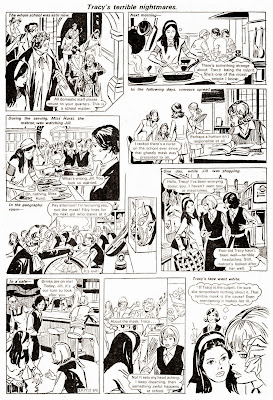 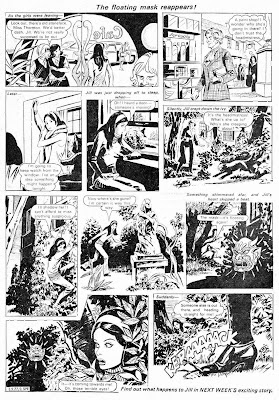 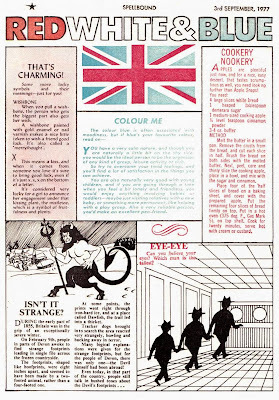 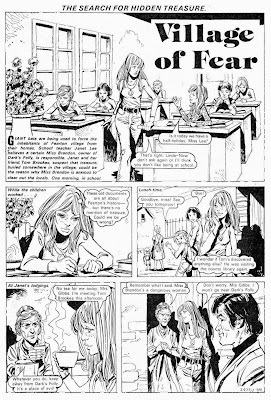 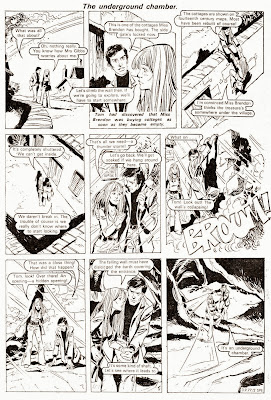 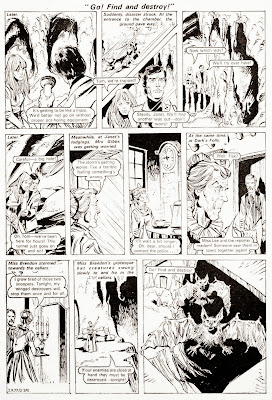 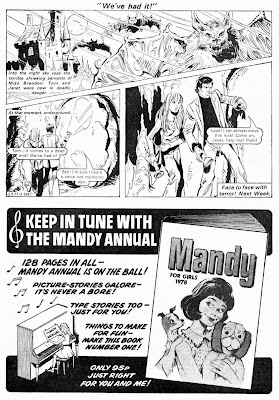 Here's what happens: MINI MONDAY, and later in the week SUPERCATS! You'll love it! ;)

i guess i should have been a lot more specific

This is very cool. I would really like to have about five consecutive issues to really get some idea what it was like to read them and keep up with all the stories incrementally.

At first I was thinking it was very much like daytime television soaps, another format where each installment advances a large number of (perhaps interrelated) stories just a little bit. I thought it was pretty fresh seeing that concept in comic form; I thought maybe that was why it seemed marketed toward women.

But thinking about it again, I realize that this is a pretty natural format for a wide range of comics readers. This is just one step closer to standard periodicals from the experience of reading all the daily comic strips in papers, which, as anyone who read them in the seventies will remember, was usually filled with about a dozen or so ongoing stories that advanced a couple of pages' worth during the week. I'd like to see some classic continuity strips bundled and printed the same way as this book--like they appeared on the page originally--with Mary Worth and Apartment 3G and Modesty Blaise all mixed-up with one another again.

The Dark Shadows comic strip collection is certainly worth checking out if you haven't already, Mr C... I've read those strips quite a few times, great stuff