This hilarious "Campy the Tramp" rubber squeak toy I found yesterday was the later version of Ho-Jo the Bo, and based on the popular knot-hole peekin', Brooklyn Bum baseball mascot for the Dodgers. The original 1952 Ho-Jo version even wore the team colors, a blue suit and hat, and white vest, while this later version from 1957 is identifiable by having a more bumly brown jacket, green pants and hat, and yellow vest. He's quite the kiddie toy with his stubbly chin, chewed up cigar, and gigantic toes pokin' through his old worn-out shoes. A little more online research shows he came neatly packaged in a wood plank fence box designed to simulate his sneaky cheapness over actually attending paid admission price ball games (CLICK HERE to see the side by side variations and to get more info.) Having already owned a Freddy the Gremlin squeaker, I knew this was a Rempel toy before I ever even picked it up off the antique store shelf. These old Rempel squeak toys are made of a uniquely super soft rubber material and molded with lots of fun detail, wonderfully subtle paint color choices, and just the overall funny cartoonish quality make these Rempel's rise well above and beyond most other inexpensive mid century toys of this type. A great find for me this week-- and at the ridiculously cheap price of only $7 too! 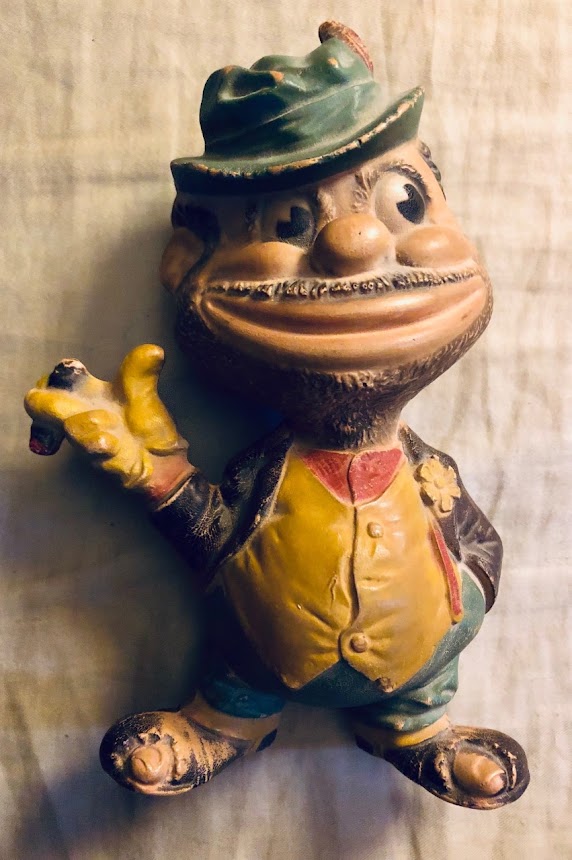 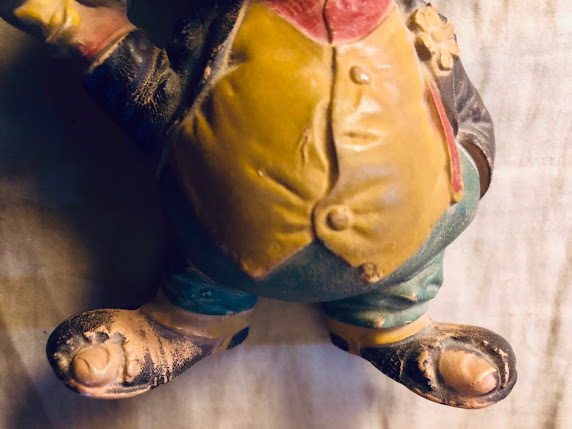 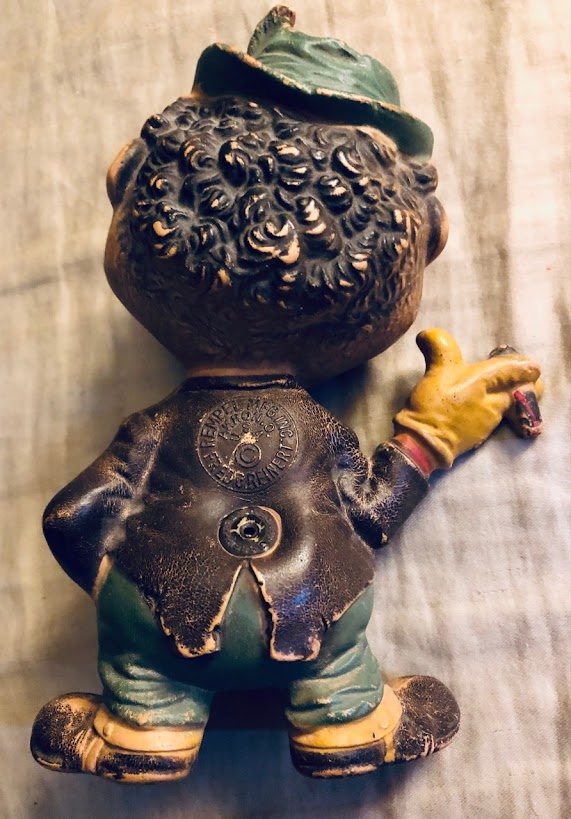 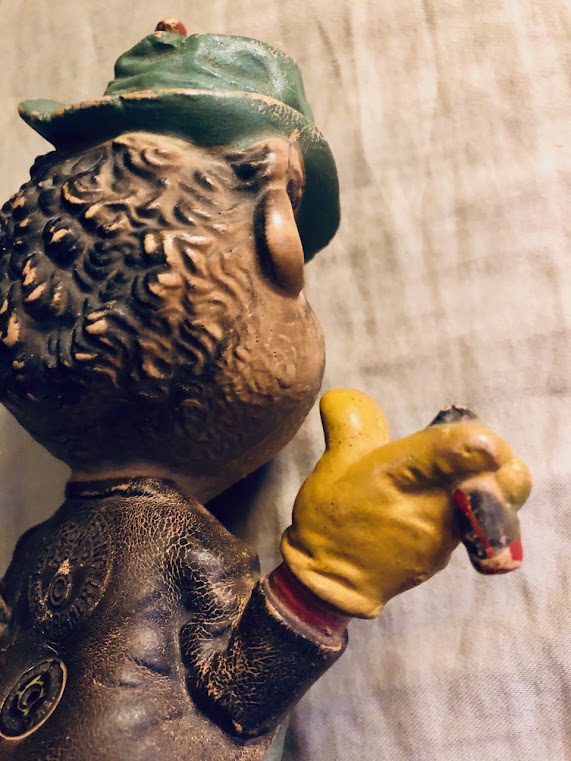 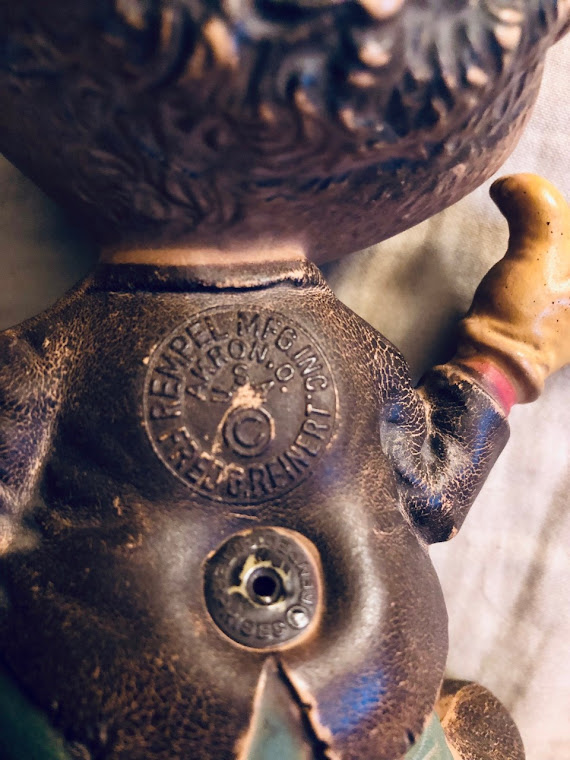 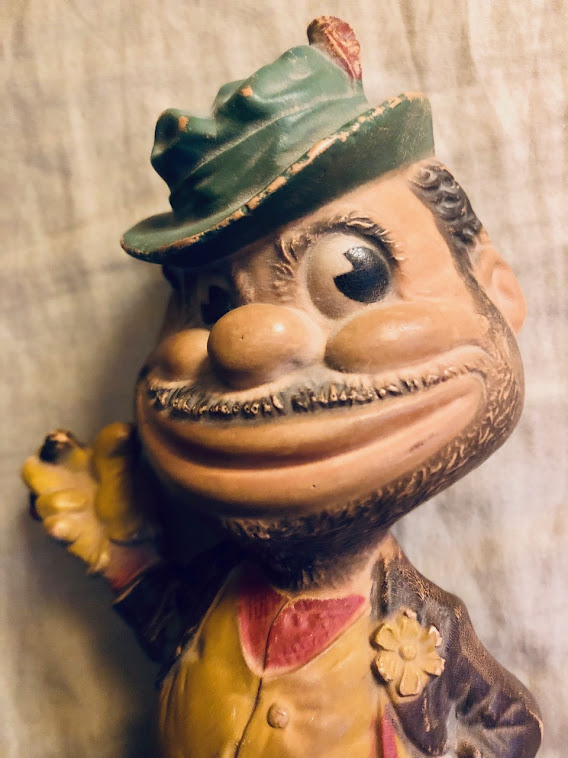 Great comic exaggeration on this one, and a real steal for $7!

Oh wow, yeah. This is a super paint job and some very excellent cartoon figure sculpting, too. Just look at those gnarly toenails!

I'm amazed at the quality of rubber in these old toys -- they've lasted SO long, and in pretty darn good condition! Meanwhile, modern rubber toys are usually reduced to a sticky mess after just a couple of years.

I was sad because I had no pants until I met a hobo with no knees.