The Worsted Monster by Edward Gorey (a play!)

That's right-- why just sit around freezing with boredom all winter when instead while trapped indoors you could be theatrically productive and putting on your own tiny stage productions! And we can't think of a better way to kick off your homespun DIY season of live performances than with The Worsted Monster, written by Edward Gorey. Efficiency is key as the script is thankfully only 2 pages long, and meanwhile, your visual budget is next to nothing as you will also already have everything required: full color back-drops / sets / scenery, props, and yes, even the actors already in costume --just cut everything out with scissors and manipulate them around on a table or windowsill-- however / wherever you find fit (see more helpfully hilarious production notes located at the end of the script.)

And all of this comes courtesy of the June 1974 "Rainy Day Sunday Funbook Issue" of National Lampoon Magazine-- why, even the cover art is by Edward Gorey too! 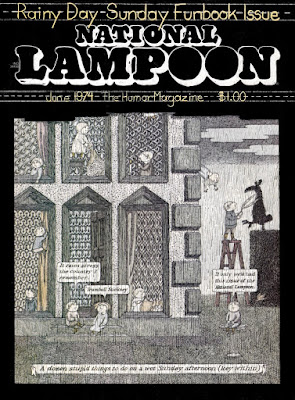 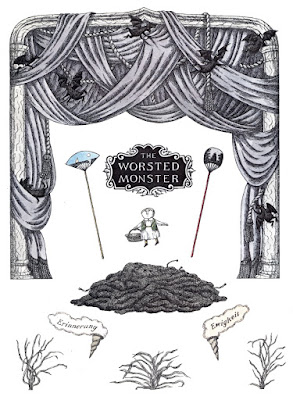 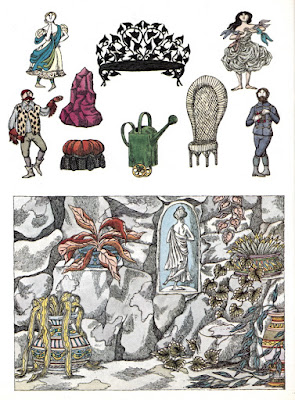 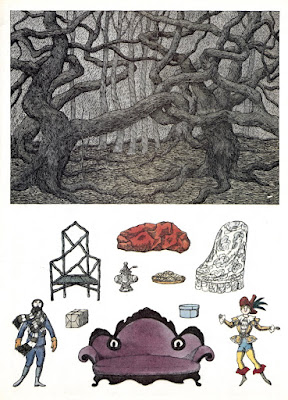 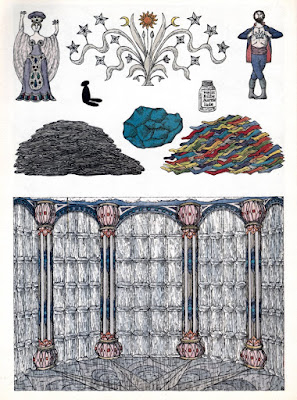 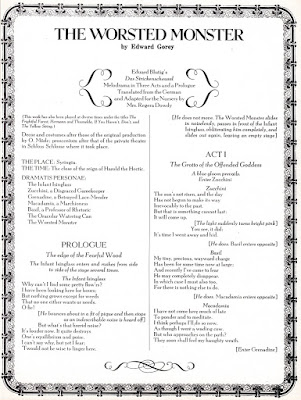 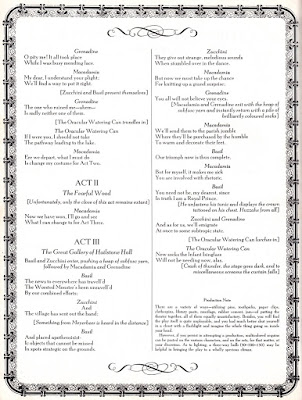 Of course now with the advent of computers, animation software and a little (very little) creativity, anyone can produce this Gorey play or any play they desire.

With a little Photo-shopping or copying other Gorey drawn characters, you can make your own production of-

-Frankenstein, with either the watering can or couch as the monster

-Dracula, again, with either the couch or watering can as the title character, though the watering can would make a memorable Van Helsing

-Dr. Jekyll and Mr. Hyde, with the chairs starring in the title roles.

Your favorite Edgar Allen Poe or Lovecraft tale brought to life as a play of your own choosing.

Your imagination is the limit as to the tales you can put on, and without the backstage drama that accompanies stage plays in real life. As Alfred Hitchcock once said, “I used to envy him (Walt Disney) when he made only cartoons. If he didn’t like an actor, he could tear him up.”

The same goes for your paper players, if they get out of line then into the fireplace they go.

Just consider this another great product from Karswell unlimited. If not fully satisfied, send it back for a full refund and get your own copy of runes written on flash paper as a free gift. Order today!

Bravo! I was sad to see that nobody has, as of yet, posted their own local theatrical production of THE WORSTED MONSTER on YouTube. I'll keep checking, though.

No kidding, I looked too. When Zander starts up with his theatre group later this month I think I have the perfect project recommendation tho

Omg this is so incredibly cute! I'd love to see a mini production of The Worsted Monster too!!

Shrink the scans down even smaller for a Petri dish production as viewed through a microscope!