A handful of frisky judo tricks courtesy of my favorite crimson haired, super heroine-- The Black Cat! Yes sir, with lightening fast legwork and ferocious feline fists, the crime seeking scum of the 50's underworld never stood a chance. Just watch as she jiu jitsus the shit outta these poor ass palookas with her purrfect pussy power! (Hey, she's a cat right?) Today's scans are from the October 1962 issue of Black Cat #63, and features super lovely artwork by ever awesome Lee Elias, though these pages were rounded up and reprinted after originally appearing in various issues during her first fun run in Harvey's Black Cat Mystery throughout the late 40's/early 50's-- way before the title switched over to the infamous Golden Age horror mag of the same name. 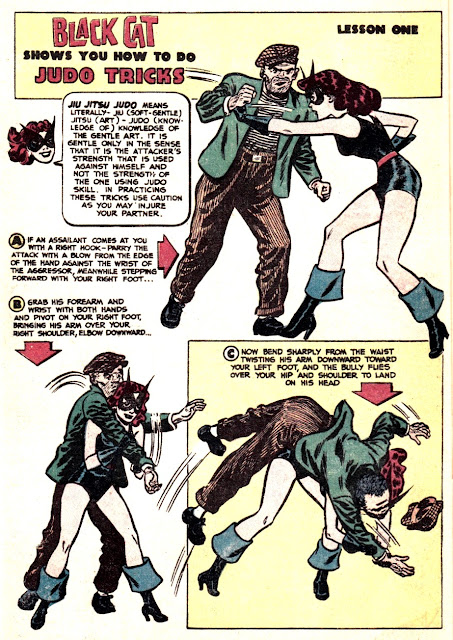 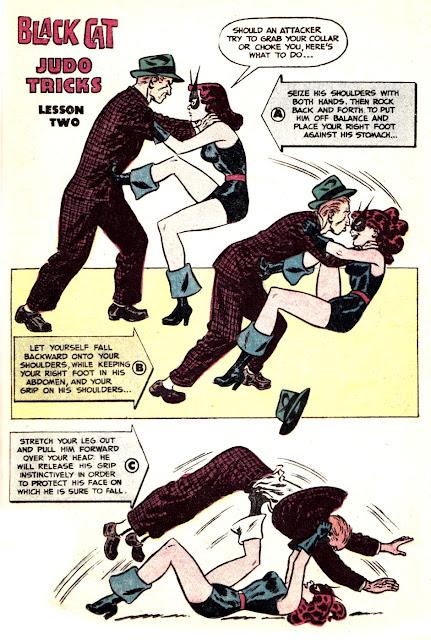 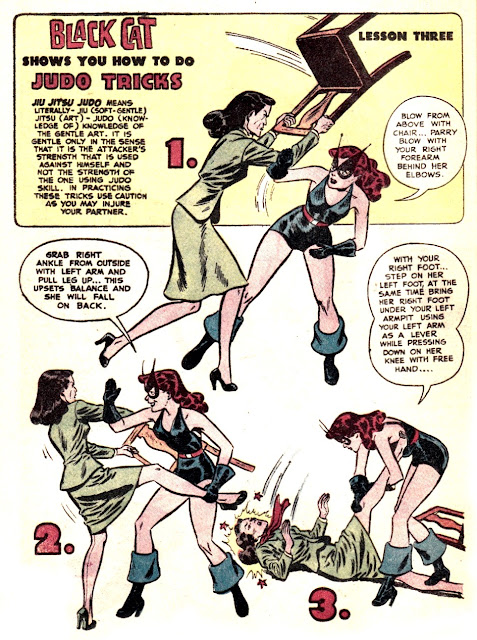 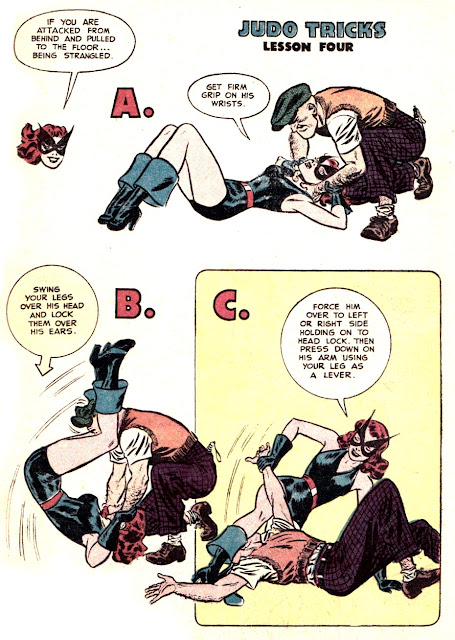 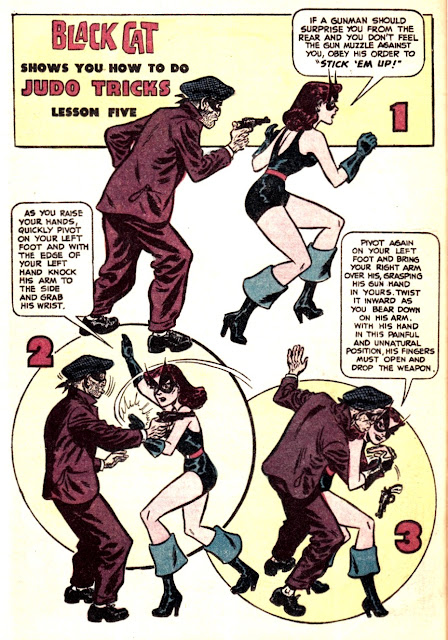 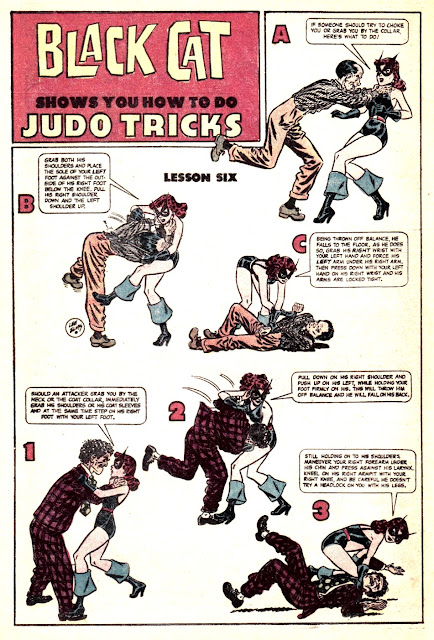 I love all these frumpy forties villains! It's like she's beating up Dagwood Bumstead.

Haha - yeah, Mr. C. It's like villains are so bad, they don't even care if they're wearing ill-fitting clothes.

Well these mugs in particular are less villainy, and maybe more on the back alley hood side, but BC definitely had her fair share of bigger, badder, and much weirder fish, for sure!

Makes me think of the classic 'Hi-Karate' after-shave instructional single. Yes, I've heard it, and I'm a better person because of that.