Fun article about Don Post Studios as featured in the debut issue of Modern Monster #1 from April 1966, plus an ad from the back pages of the same issue. Umm, is this really an article though? I mean, it's not even listed in the table of contents which now makes me think that maybe the entire "article" itself is just an ad as well. Not that it matters, and either way you slice it, the mid 60's was a primo era to not only be a monster kid, --but to also be a Don Post mask collector! 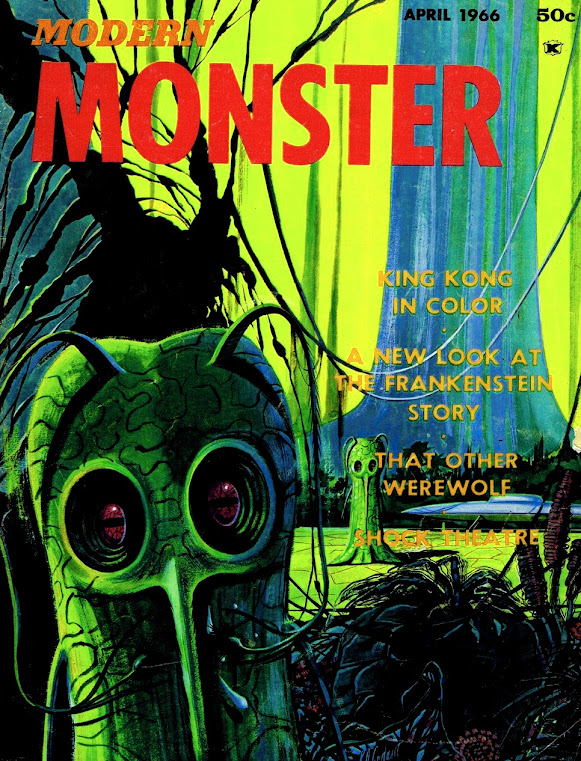 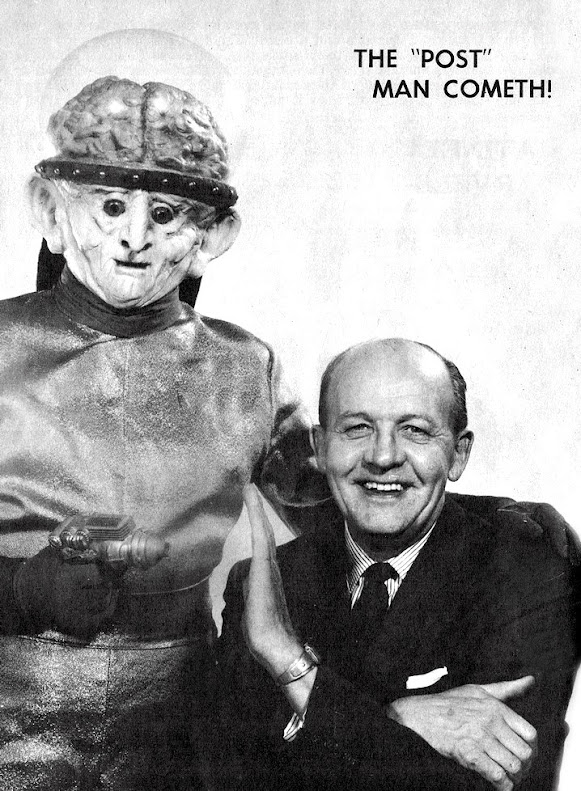 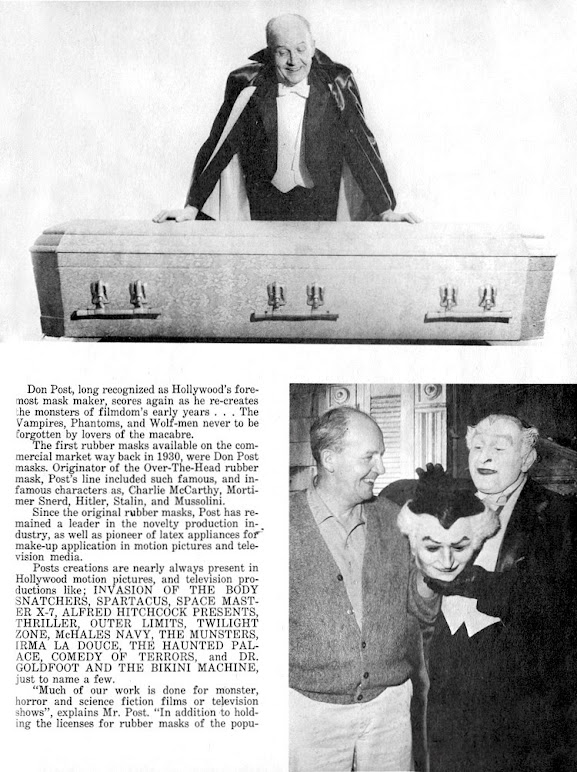 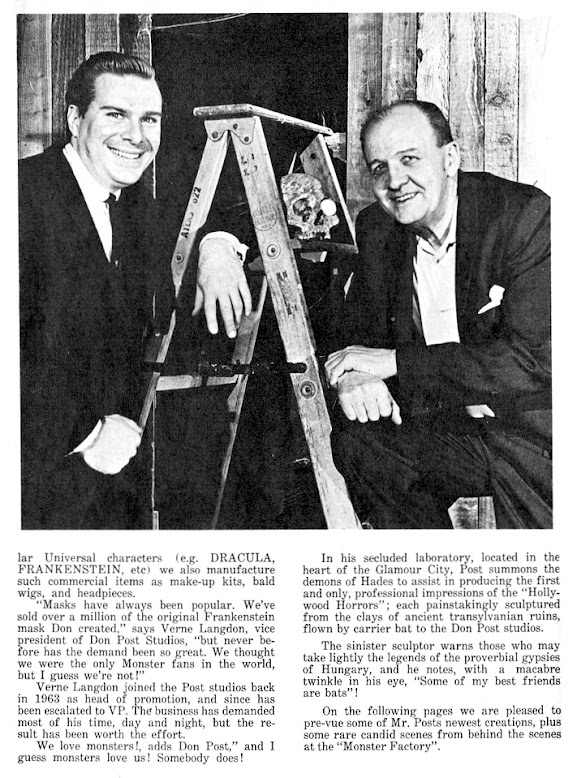 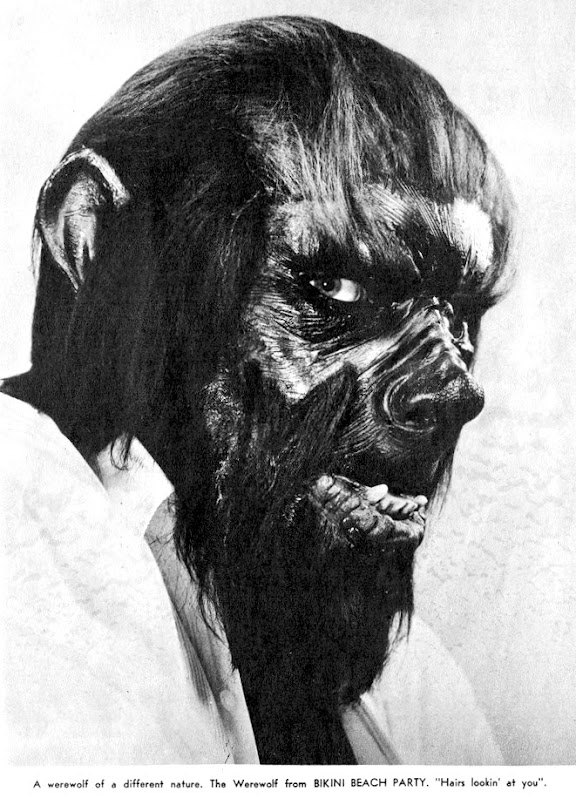 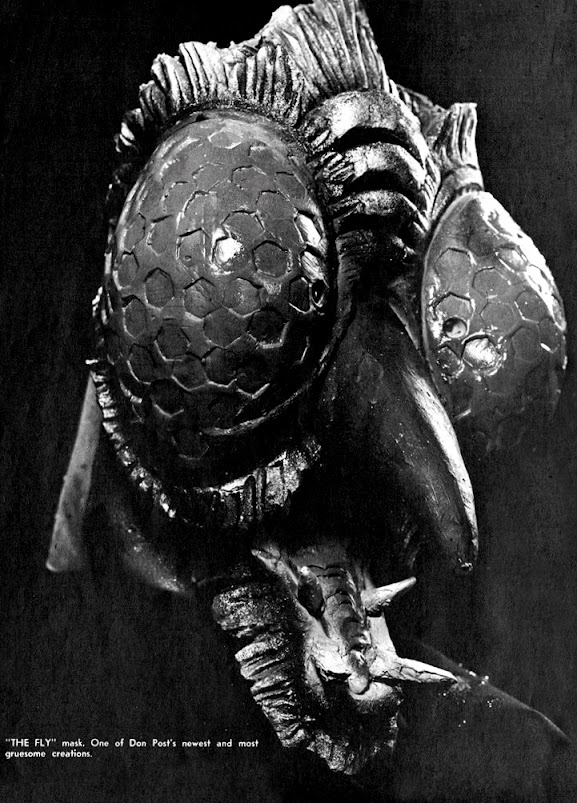 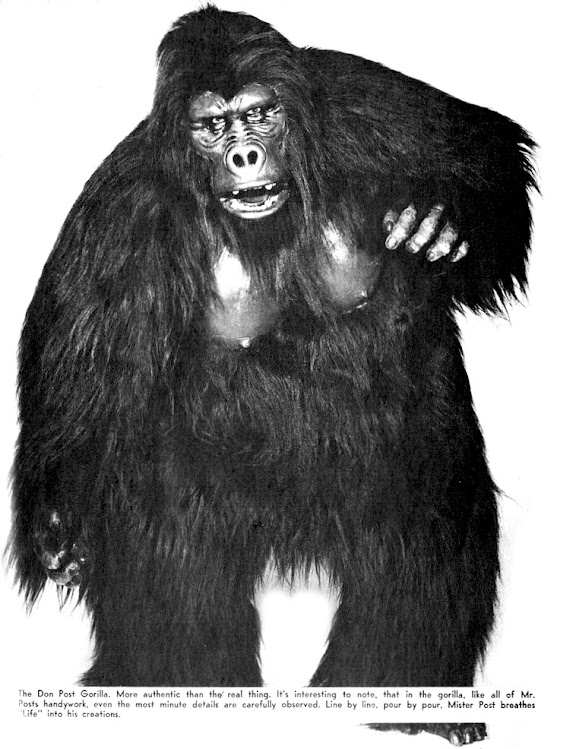 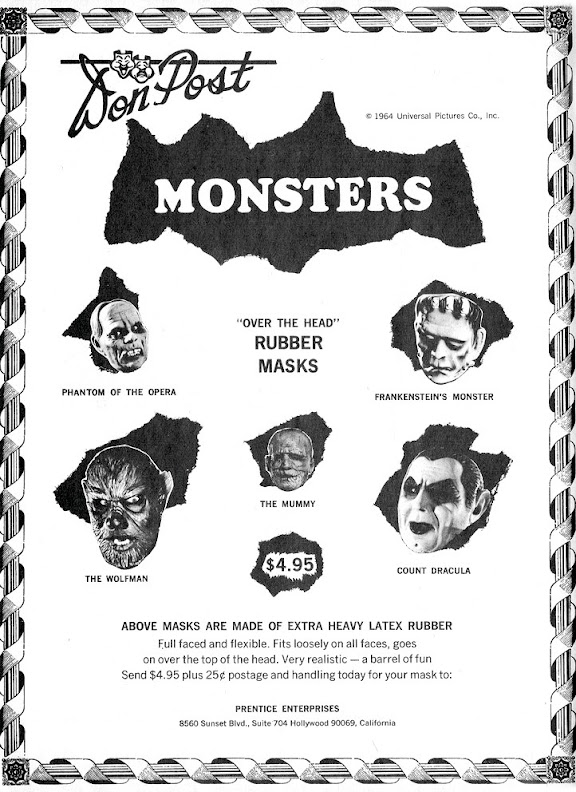 Ha ha, the BIKINI BEACH werewolf with perfectly combed hair! This is awesome!

"Hairs lookin' at you" is a joke straight out of the 70s marvel trading card packs!

I love that ape, that's a pretty good full costume and it probably cost a pretty penny back then!

Always thought The Fly mask was oddly designed, I mean, it looks like The Fly, while at the same time somehow looks nothing like it. I freakin' want it bad though, regardless.

Thanks for the comments... some sexy death from above up next...