Having seen enough Captain America comics to last me a life time, let's instead celebrate the 4th this year with a story from the somewhat overlooked English artist, Dennis M. Reader --and let's make it one of his sexier, xeroxy Cartoon Art creations --an adventure from Super-Duper New Adventure and Funster Comic #5, published sometime in the mid 40's. There's been some minor attention given to a few of Reader's more popular UK characters of the past, (like Powerman and Electro Girl), but let's take a look at one of his cuter back-up heroines, one who "returns from the dead", and spookily calls herself "The Phantom Maid." There's an irresistibly fun, low-fi, underground-esque zine quality to this stuff, loaded with amateur good girl art, lots of snappy dialog, and minimal page number action. If you're unfamiliar with the work of Dennis Reader, Lambiek has an informative, but brief bio on him HERE. Happy Fourth of July everyone! 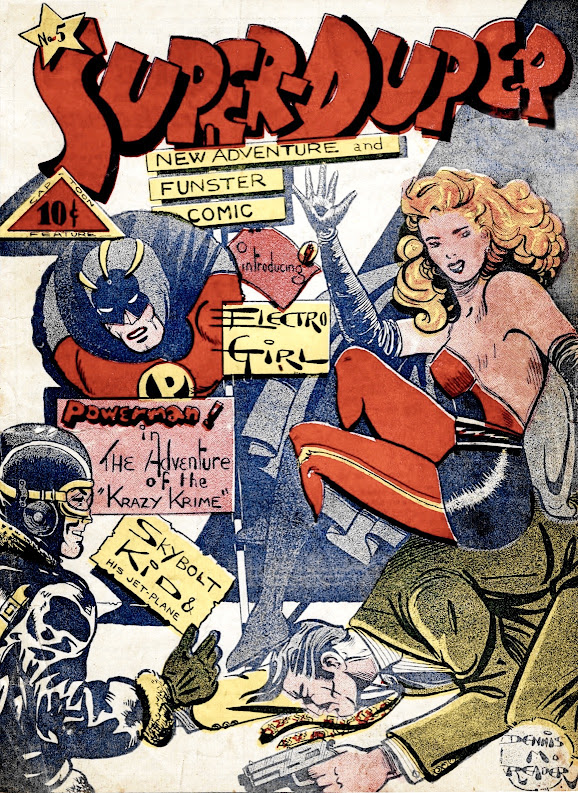 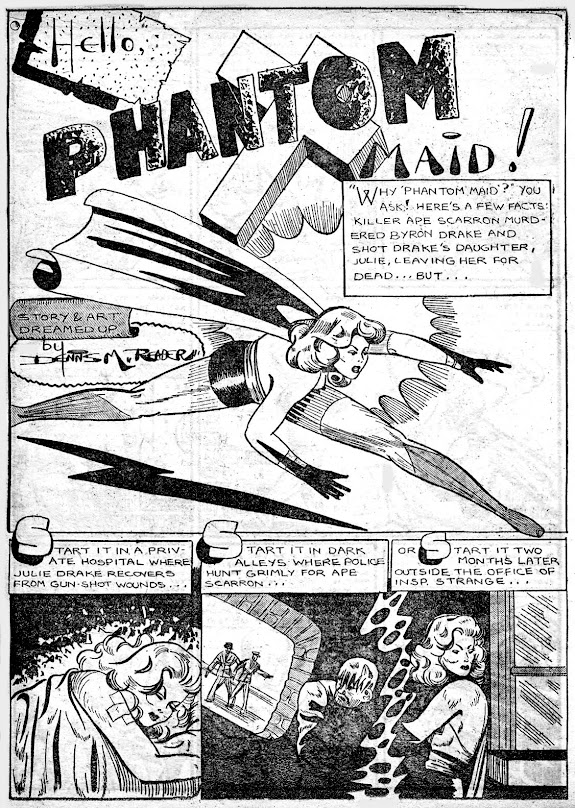 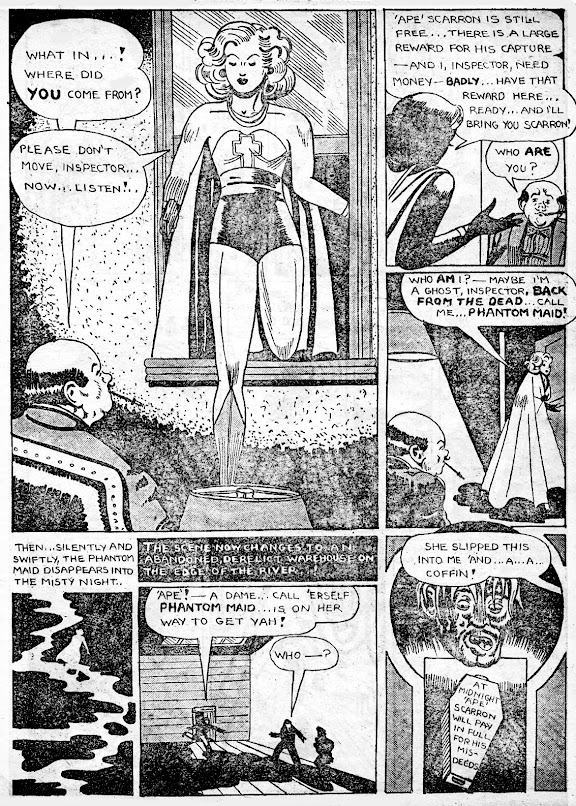 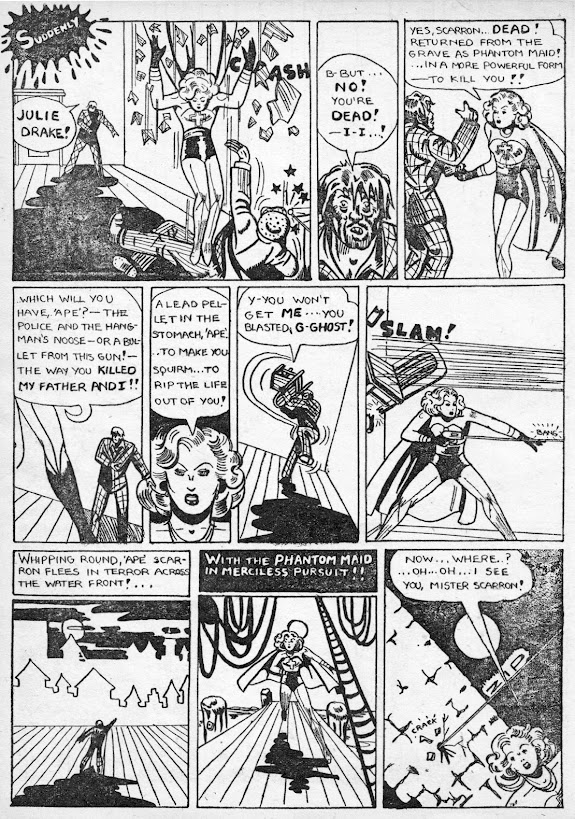 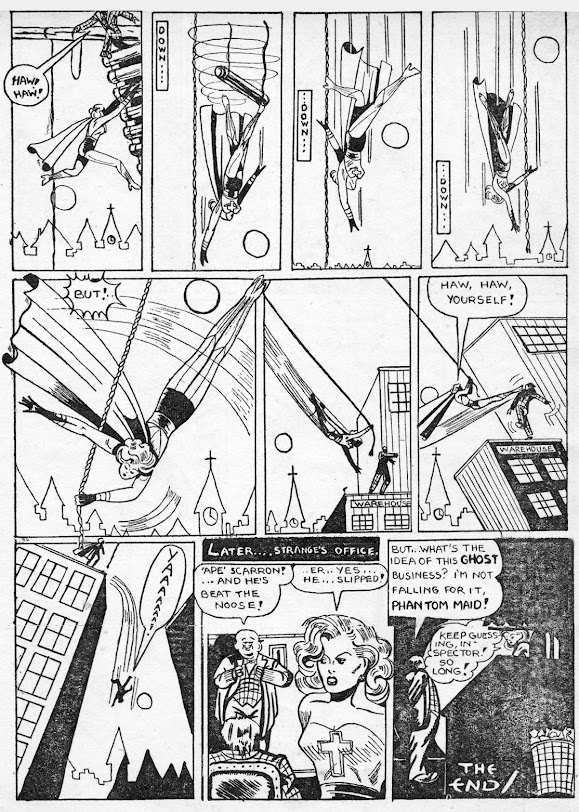 I'm guessing this was during the war or just after. There is a real charm to this art, it's amateurish and the artist has a problem with distance and figures (page 3 has some oddities, and page 4 I'm not even sure where that's occurring.)

Not here to complain, I like everything that goes up, just analyzing art in how it relates to the actually relatively complicated paneling and actions of comics. It's a LOT harder than people think it is.

I like how she holds a gun to the inspector and at the end they are buddies! Page 4 is a good sequence, could have done without the captions, though. I like the movie star (of the time) big hair, too, she makes a striking image.

The thing I found most interesting about this one, is the "choose your own start" introduction for Julie, haha. But where is she holding a gun on the inspector?

@Karswell: Page 2, panel 1, she's got a gun in her right hand. It's drawn very poorly, I didn't notice it at first, either.

This is awesome. I'm already familiar with Reader, but I've never seen this story before--or even the character, I don't think. I totally love the breezy and flippant tone of the text here, more like a sixties comix satire of forties superheroes than something from the actual time period. The man was ahead of his times, for sure.

I dig the unsophisticated art (and I like the dropping "DOWN..." captions, too), but I did lose track between pages three and four. That cover is amazing, though. I love the look of cheap printing, when they've used blue instead of black ink for the key art. I'd have band-flyered the hell out of that thing if I'd seen it in my twenties.

Not for nothing, GCD only has three cover scans from this whole series. And all of them are fabulous.