I typically only post things here on my blogs that I personally own, or things that I have personally photographed myself while out hunting, but recently I saw a few things online that I felt deserved your attention. Like an incredible, one-of-a-kind, original 50's metal print plate for a newsprint paneling store ad featuring a creepy character clearly modeled after Vampira. Apparently the rest of the ad humorously implied something about cheap plywood material for coffin making. Only $495.00 buy it now on eBay, it's much too rich for my blood, unfortunately, but for those interested just CLICK HERE! And at the end of the post, another metal printing plate for a 50's spook show ad that someone posted in a facebook group I follow. The blank spaces are to fill in the movies or whatever else was planned for the evening's eerie entertainment line-up. I also did the logical thing with these, re-opened them in photoshop, flipped the images so they were no longer reversed, converted them into black and white (as they would have appeared in the print ads), and bingo-- now you know what the ads (sort of) looked like! Neat stuff. 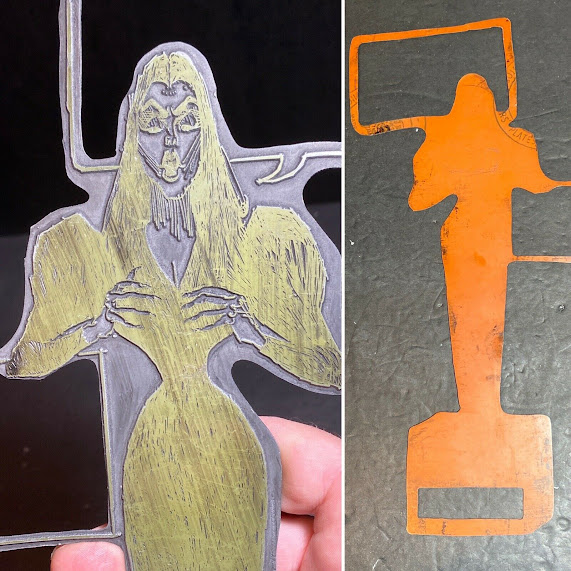 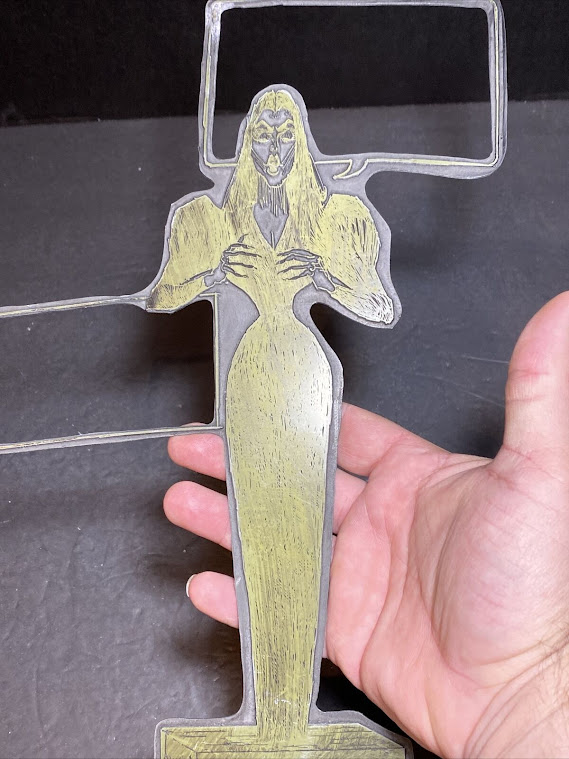 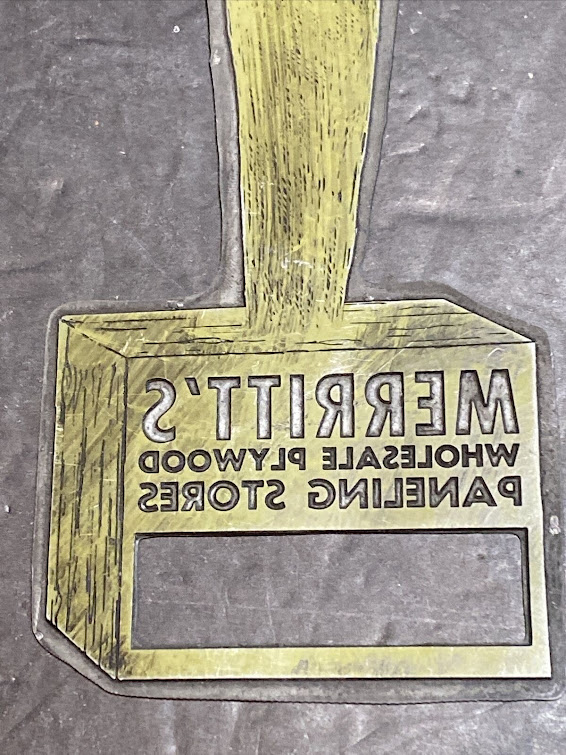 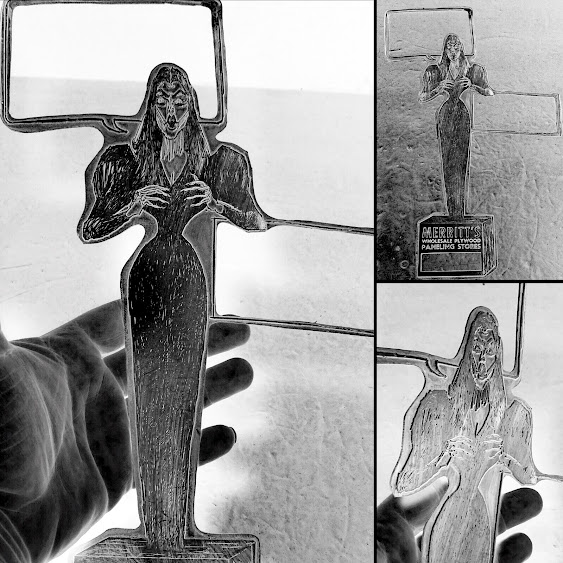 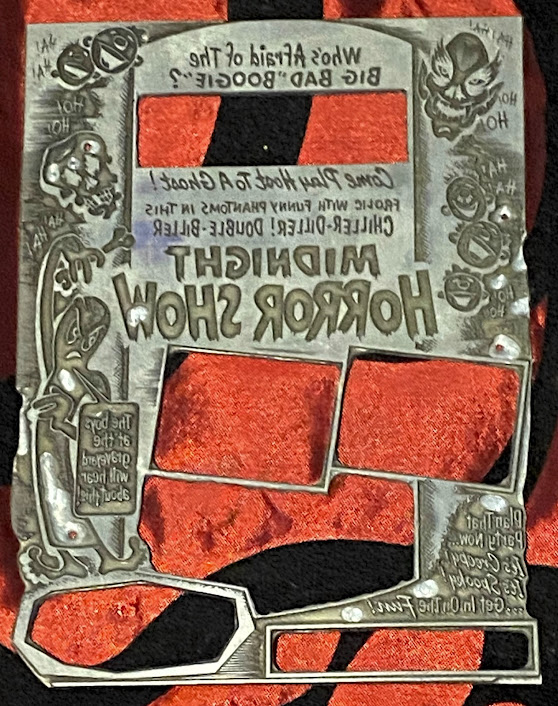 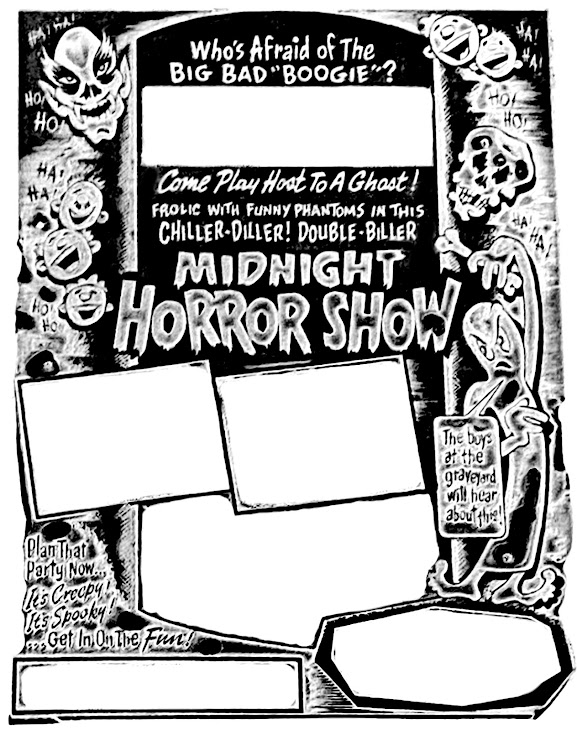 I adore the ghost with the bone and the wacky multi-hole (eye?) skull above it. That's some great art!

The process to make those plates was pretty complicated (back in the day) and the horror show one is *super* clean, I am not a know it all but for various reasons I actually watched a video on it a couple days ago! Somebody spent a really good amount of time on that.

The paneling store one is also excellent (I love the exaggerated hourglass figure) but the horror show is the one that really draws me in. I've seen a couple of the remaining wrapper movies for those (usually what triggered the monsters to come out) but while I'm as old as the hills I'm not that old, so I never would have gotten to see a spook show. I assume it would have been a ton of fun, either ironically or un-ironically!

I like the Vampira-inspired linoleum stamp, but that price tag feels strangely astronomical for something so utterly random as a local business advert. Meanwhile, that horror show template (and how great is that lettering?) looks like it may be an honest-to-god acid-etched plate. I'd love to own something like that, though to be fair, the linoleum stamp would be easier to use myself here at home).

The Vampira plate is cool but not over 400 bucks worth of cool.
The movie ad template set me to wondering if our host has come across any local tv horror host merchandise on his souvenir jaunts.

I'll be keeping my eye peeled for more of these for future posts, --and if I can find one that's actually affordable, I might even buy it! Thanks for the comments!