The St. Louis Zoo is one of my favorite places in the entire world, and it's definitely one of the greatest, most gorgeously designed and meticulously maintained zoos too (I've been to enough of them from coast to coast in the USA to know!) And this year, the STL Zoo celebrates it's amazing 100th Anniversary (1910 - 2010), so what better way is there for me than to tip my hat by blogging about it with highlights from the St. Louis Zoo Album guide published in 1968, (aka: the year I was born.) I'll spare you the bulk of the usual A to Z animal photos, and instead focus on the AEET type fun stuff like the animal show, the train, the map, some fabulous 1904 World's Fair architecture, and of course everyone's favorite mounted gorilla-- "Phil."

For more about the St. Louis Zoo, click HERE! 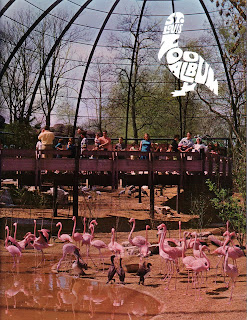 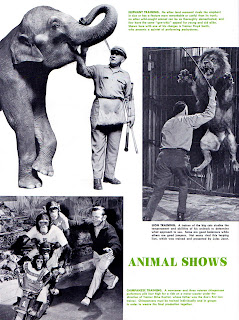 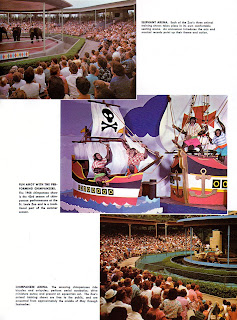 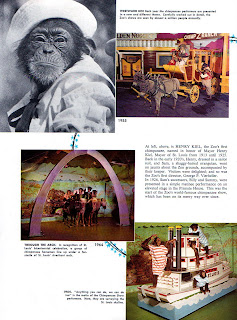 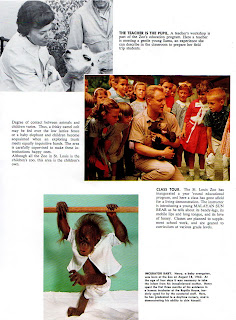 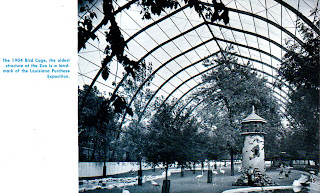 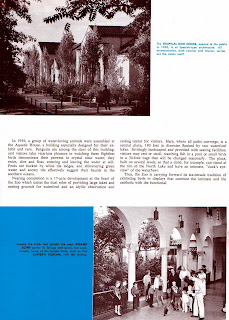 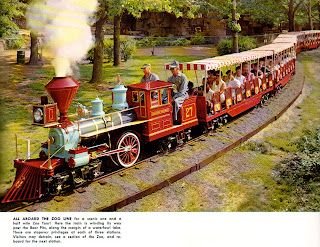 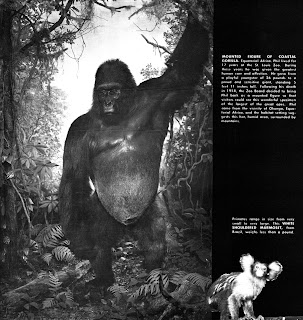 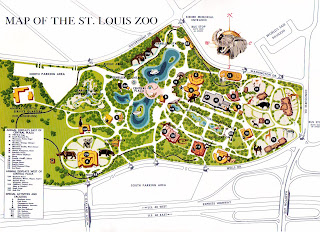 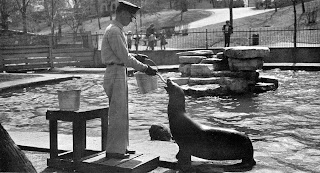 The St. Louis Zoo Album guide, published by the Zoological Board of Control of the City of STL, and compiled and edited by Hattie Ettinger, 1968.
Posted by Mr. Karswell at 9:09 PM

Wow, did this one push the nostalgia button. I have some feelings of love for the Detroit Zoo.

I've never been to the Detroit Zoo, do they still have the MC5 in a cage? The only other zoo I've ever been to that even comes close to the STL Zoo is the one in San Diego... it's awesome in its own way, though of course completely different than ours. Thanks for looking Myk!

I know it's a different time and all, but boy does that mounted gorilla make me sad. Don't get me wrong, I love the post, but I just got thing for apes.

Karswell: The Detroit Zoo had the MC5 on an island next to Monkey Island for a few years, but administration had to suspend the exhibit sometime in the 1980s. Feeding costs were simpy too high.