And we're screamin' along in the final weekend of Halloween 2021 posts, with a blast of costume party fun from the January 1970 issue of Swing with Scooter #24, plus a trio of madcap Malibu one-pagers from the same issue. I occasionally see single panels pulled from this issue and tumblr'd around out of context, but I don't believe I've ever seen anyone post the full stories from this one-- so this is for the handful of you out there that have messaged me over the last few months asking about these panel origins. One more day to go until the big, final act! 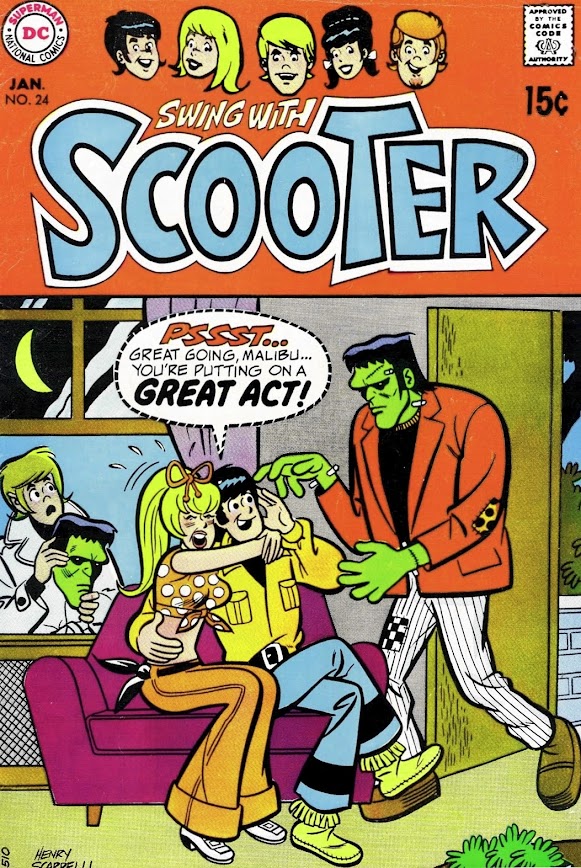 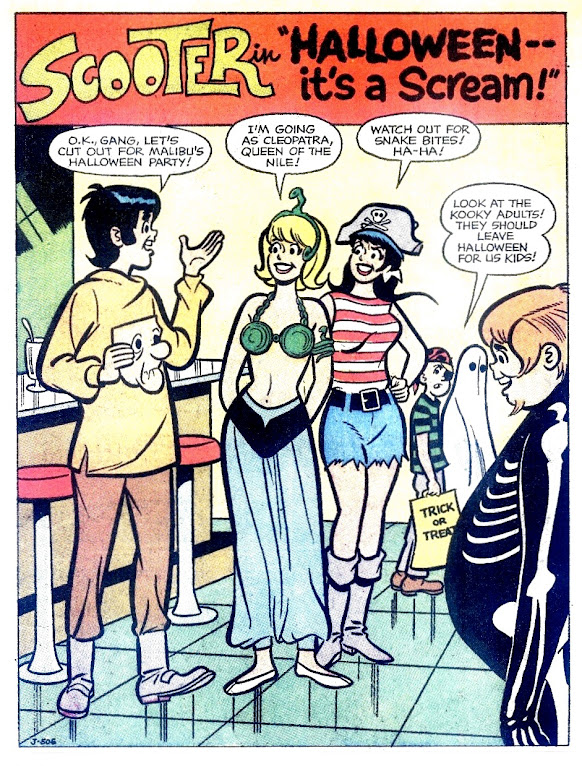 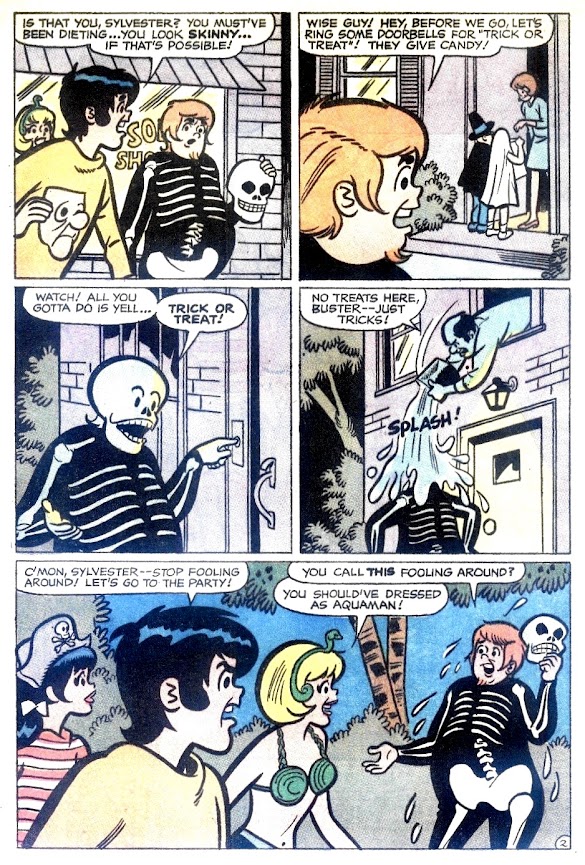 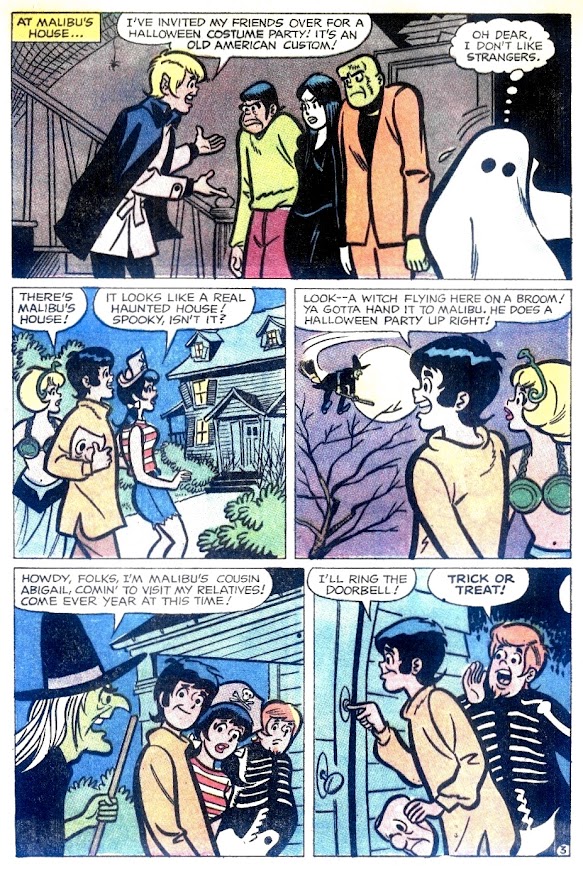 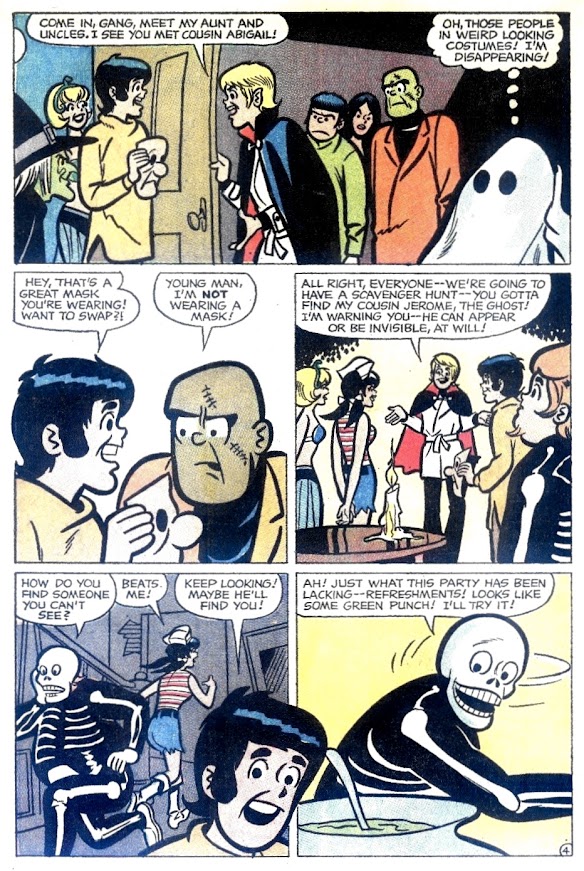 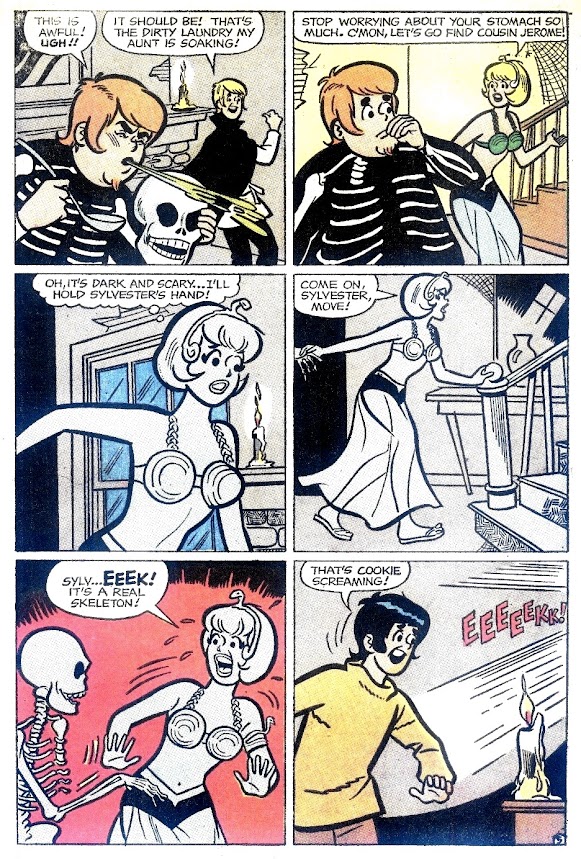 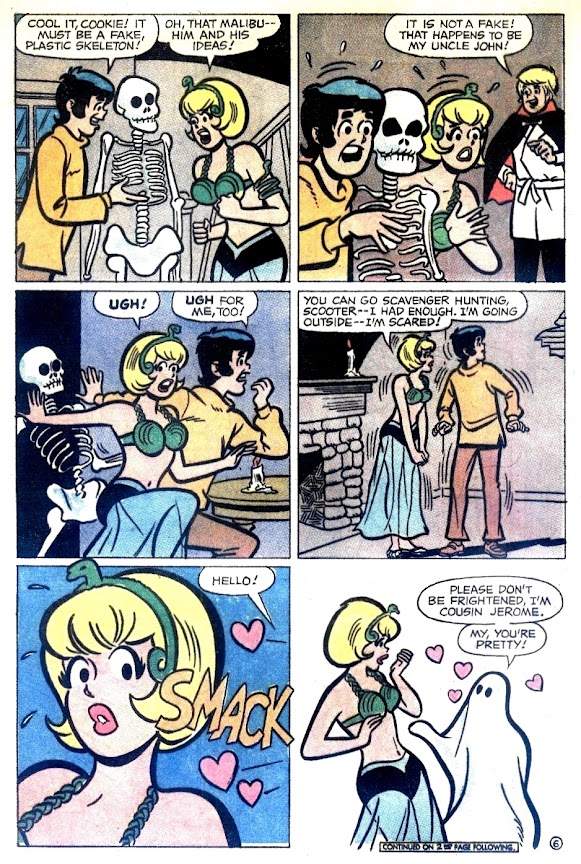 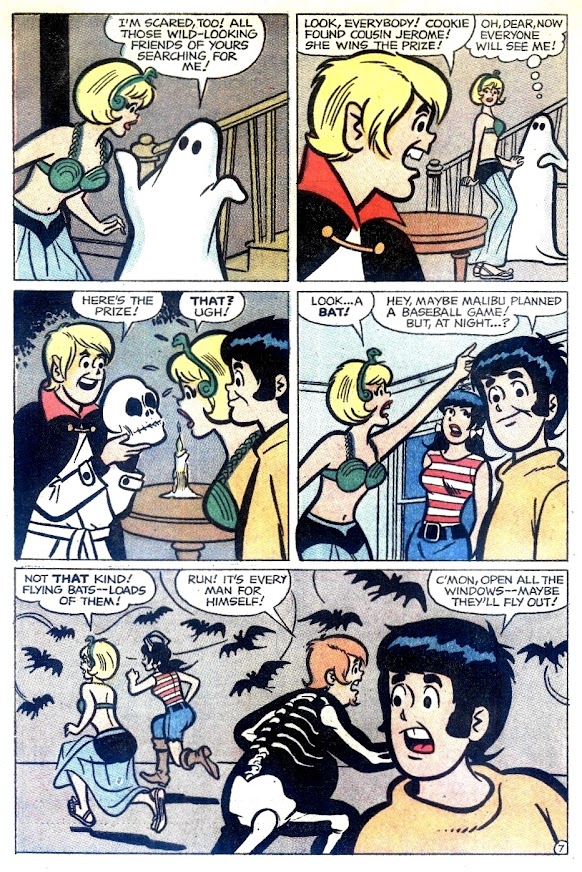 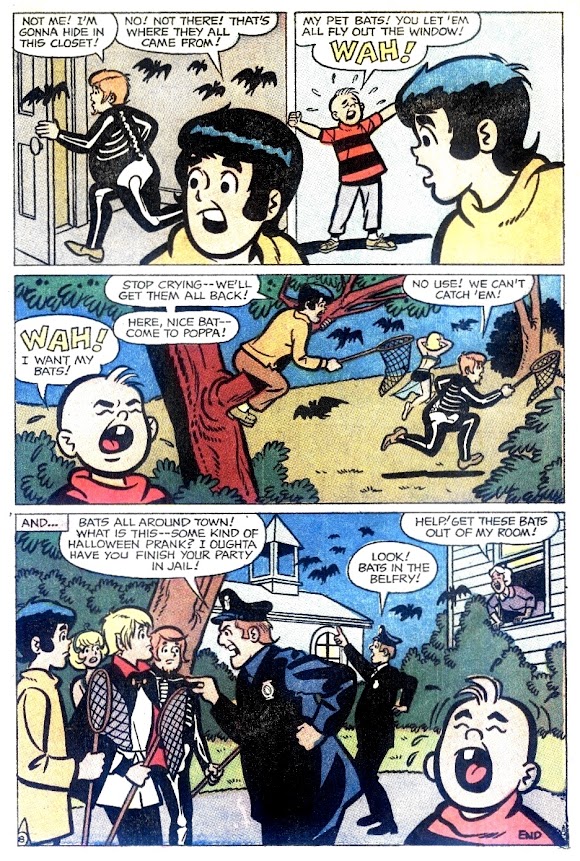 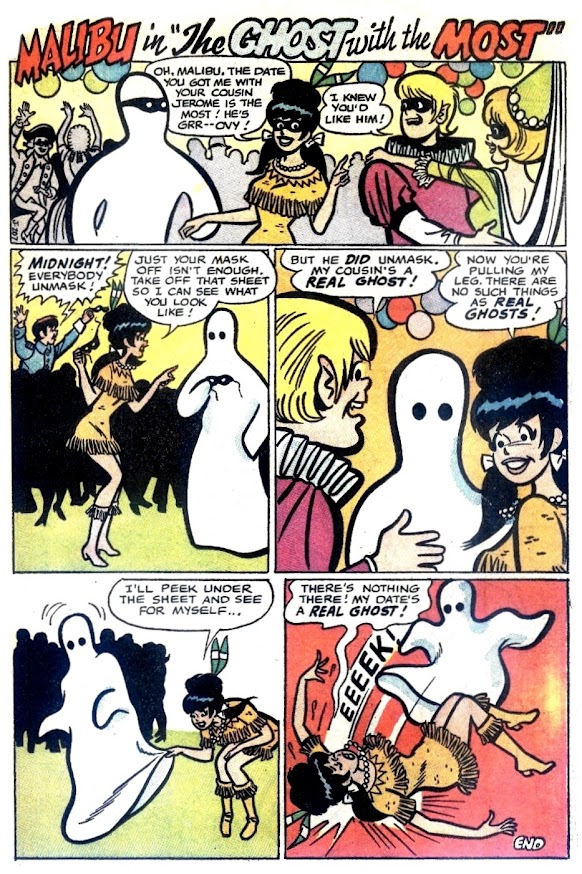 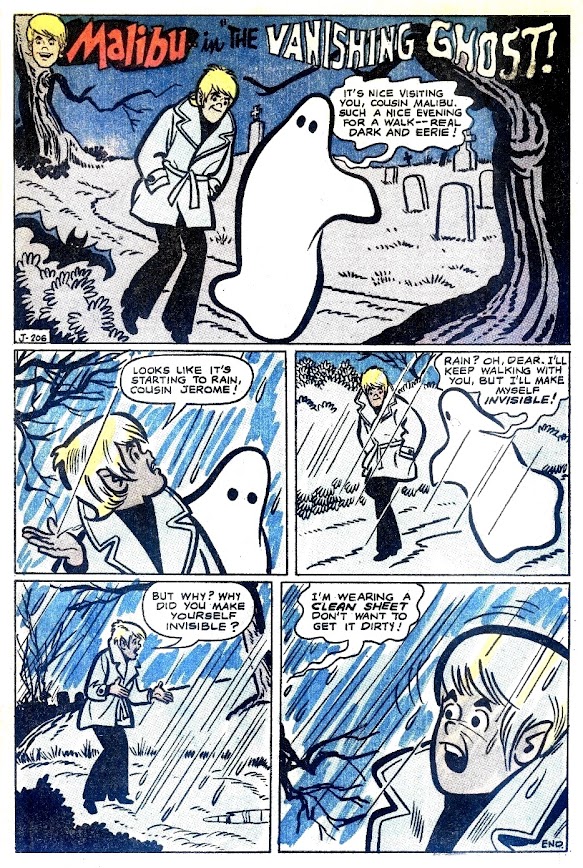 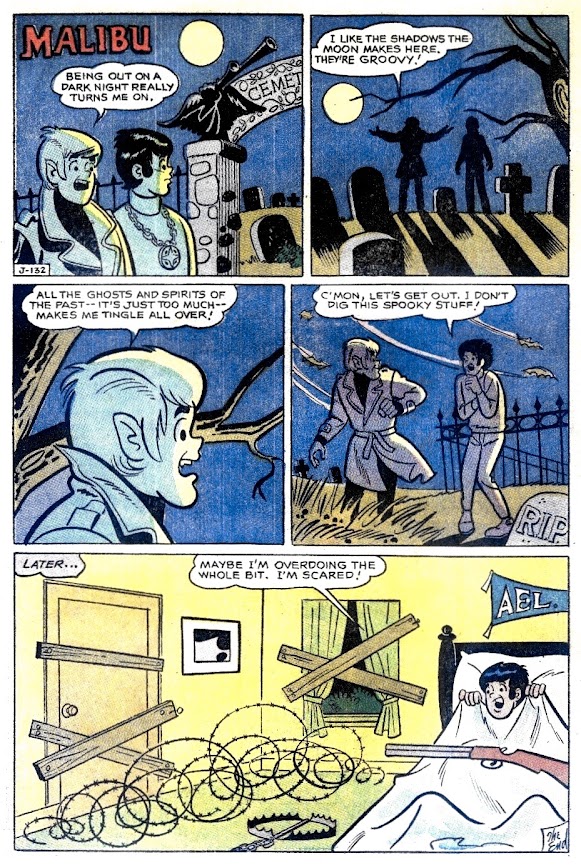 Due to my obsessive nature re: comics, I had to see if this artist was a very good Archie mimic or the real deal. Turns out Henry Scarpelli drew the Archie daily comic strip.

Hi, Mr. Karswell. Off topic, but I'd really like to know what you got in trade for that wonderful papier-mâché jack-o-lantern from the previous post.

I'm never seen nor heard about this comic; I suspect it's more famous than I think but the Archie-type comics were never my bag.

I got confused by the first panel because I thought for sure this was some kind of auxillary Archie comic with Betty and Veronica visiting. Nope! That's just a complete lift! I'm surprised there was a lawsuit about that, something scarier than any monster!

I really dig the art in the one-pagers. In the full-size story the work is just fine of course, but those shorts seem to stray further from the Archie-like model and begin to verge on a more Dick Briefer kind of a thing, instead. It's just looser, and the cartooning is better in my opinion.

>That's just a complete lift! I'm surprised there was a lawsuit about that

> the cartooning is better in my opinion.

I agree, better atmosphere too, especially in the last two.
Thanks for the comments!

Ok I'm not familiar with Swing with Scooter, what's up with Malibu? Everybody else seems like the standard teen comic gang, but he's got pointy ears and spooky relatives? Is he a vampire or what?

I don’t know if it was ever officially mention what Malibu is exactly, I always assumed he was some sort of werewolf, but he comes from a line of monsters, hence why he refers to them in the first story as his family