The early half of the 80's was a fun time if you were an arcade addict. Video games were everywhere and assorted related merchandise began popping up depending on how popular certain games became. Pac Man and Donkey Kong of course were tremendous hits, and without even skipping a beat, along came a literal avalanche assortment of fun extras: toys, tee-shirts, banks, stickers, mugs, arcade sequels, home system versions, even Saturday morning animated cartoon spin-off shows etc. And now we come to Popeye. Everyone knows the most famous sailor man of all time, I'm sure. He started out nearly a century ago as, simply enough, one of the funniest cartoon characters to ever grace the big screen, and his Nintendo arcade classic from 1982 was most certainly one of the more memorable quarter chuggers of the era, at least according to my 14 year old pocketed allowance. And boy, I wasn't even aware of this Parker Brothers board game (until recently) which came out in 1983, just one year after the video game popped up in arcades and pizza parlors around the world. Seriously, these old school board renditions can really be hit or miss, but this one is actually every bit as much fun as the arcade version, and very similar too as you dodge the flying fists of Brutus, as well as the evil old Sea Hag! Eat spinach, knock out the baddies, and collect hearts thrown haphazardly into the air from our eternal love interest / captive damsel in distress, dainty lil miss Olive Oyl herself! A really great find for me this weekend, one of my favorite cartoon characters in a board game based on one of my all time favorite arcade games-- it doesn't get much better than that! 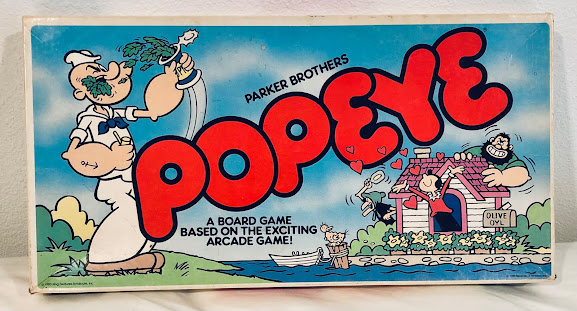 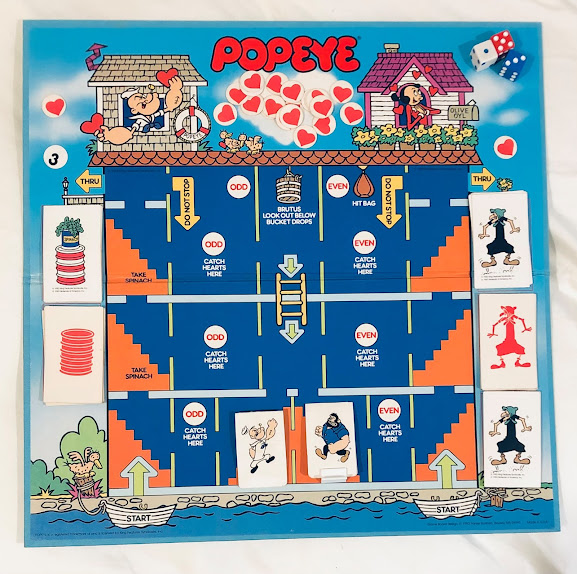 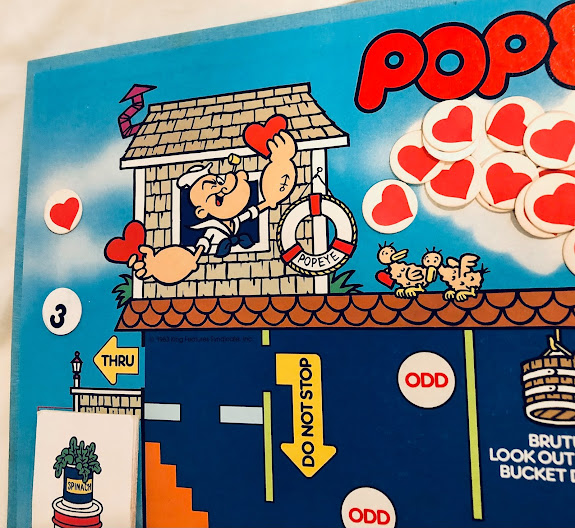 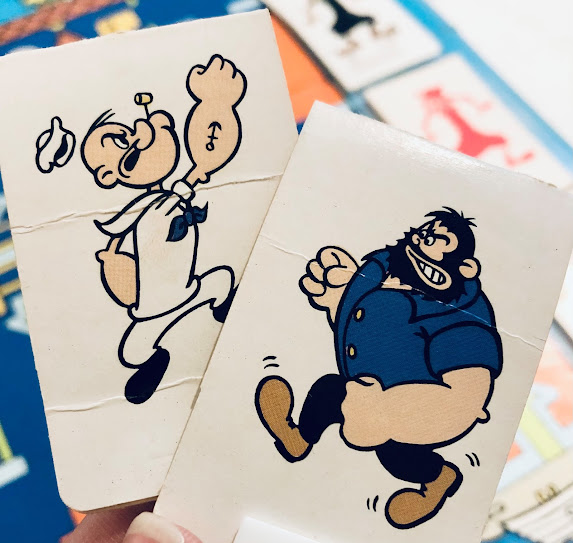 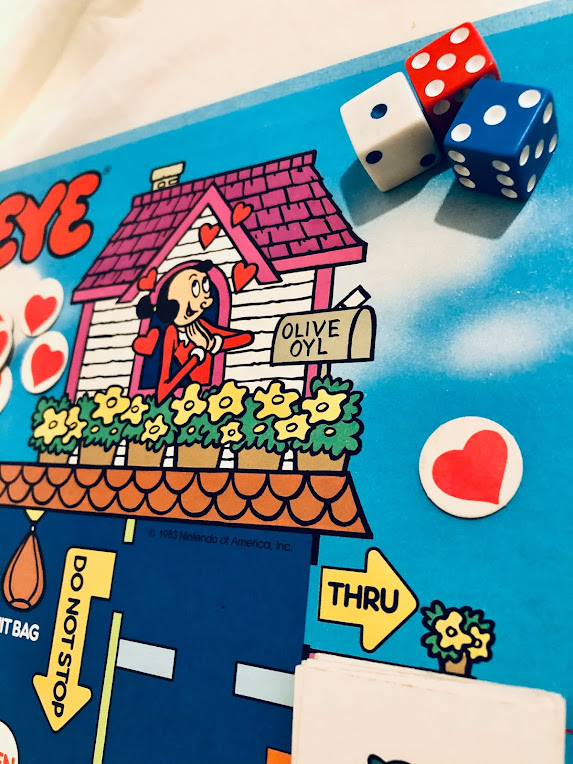 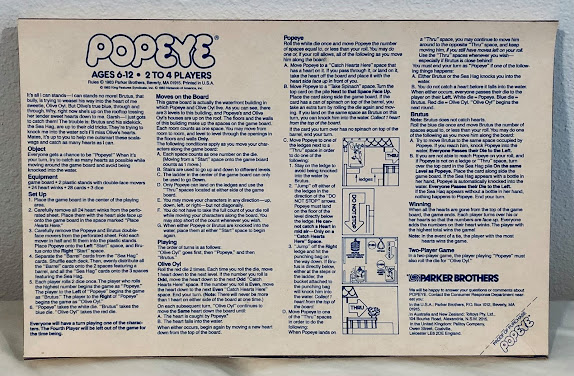 I love the art, it's right on model, but those instructions, whew!

Wow, it's got beautiful graphics!

At first I was imagining that the player pieces could be quarters. Or maybe Putt-Putt tokens. Olive's token could substitute for her die, frankly. All she's really got are two options.

I assume you play with the character cards flat all the time. So what are the plastic holders for?

I love the box. I wish they could have taken the opportunity to add more chicken fat to the board illustration, though I understand they were making it look like the arcade game. This is where eighties resolution gets you.

The character designs appear to be based more on the early Sixties TV cartoons than the then-current Hanna-Barbera version.

Bernice the Whiffle Hen? I'm impressed they used such an obscurity, instead of say, Eugene the Jeep.

Yeah, how surreal were those '60's toons!
I mean, all of a sudden the sailor man was living in suburbia? It fits the era, but seeing him cutting grass & having BBQs is a little strange.