Today's the big day for sports fans, as those one guys from that one place take on those other dudes from that other town in what is sure to be another eventual collection of possibly entertaining commercials (pro) but also overrated halftime pop musical performances (con.) Meanwhile, over here at AEET, we'll be heading back to the November 1984 issue of Fangoria #39 and checking in with Uncle Bob for a re-cap of the first ever, no holds barred, smash-down, gouge-out, hack 'n slash, chonk 'n stomp, kill-o-rama, Fango Splatterbowl! Yes, it's Jason vs. Michael, --plus a couple of other surprises-- as they determine by deadly force who reigns bloody well supreme in this final elimination round of traumatizin' terror! Now doesn't that sound better than a Hail Mary? 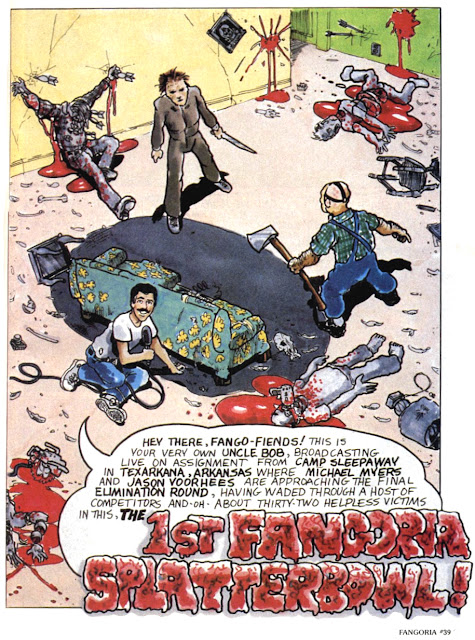 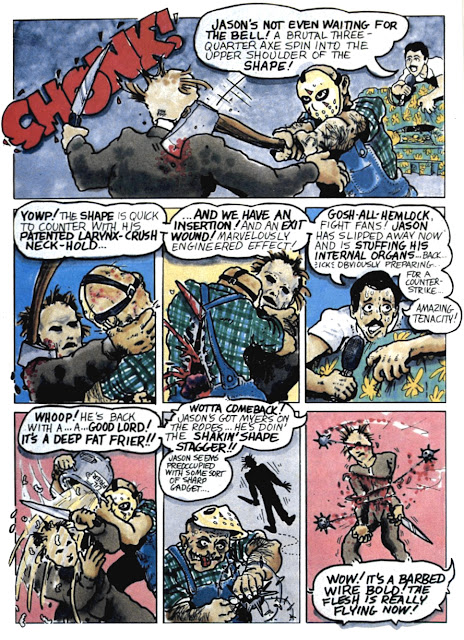 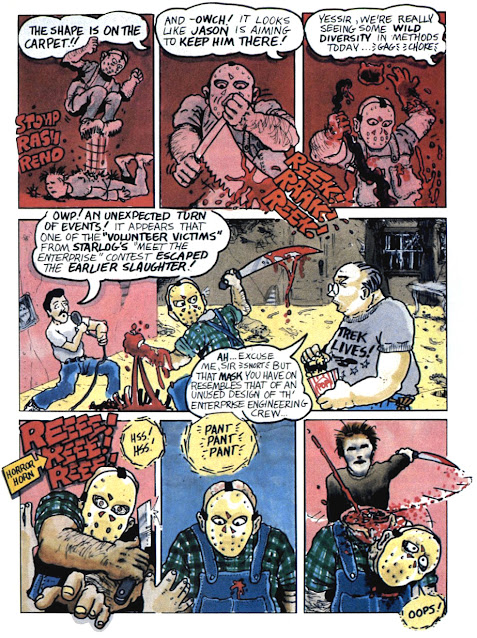 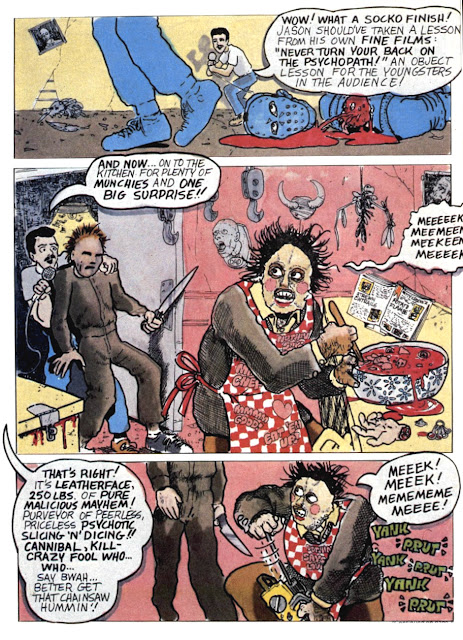 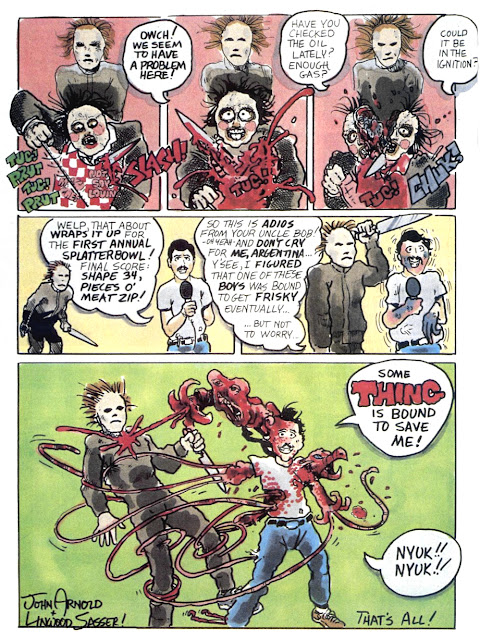 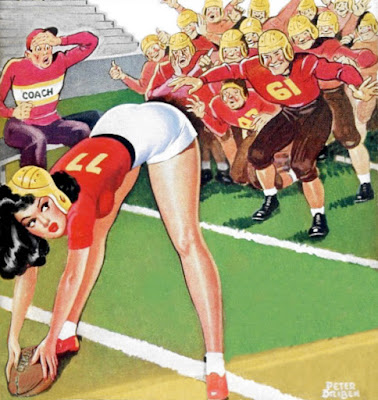 I really enjoy your posts. I was that weird kid who flipped through the yellow pages to find the advertising mascots. It's one of those things you either dig or you don't. Been reading your blog for years. Thanks for the entertainment.

Awesome. This must have hit the stands within weeks of A Nightmare on Elm Street showing up in theaters. It might be the very last example of a pop culture slasher satire that doesn't also include a nod to Freddy.

I really like the art on this one, and the artists know well when to have backgrounds and when to let the foreground stand out when the action or close-up is enough.

The football bit is fun -- it's always interesting to watch artists deal with multiple reaction faces. Not sure well the heck the coach is going on about!

Haha, glad to hear it Doc-- I'm not alone! I might also be doing another phone book mascot post here in the next month or so, so be sure to check back!

>might be the very last example of a pop culture slasher satire that doesn't also include a nod to Freddy.

Yes, comics with a clear understanding of "clean read" art, most definitely separate the pros from the amateurs. Thank for the comments :)