Never ignore bargain barrel resale thrift stores during October! Yes, this weekend proved to be quite a treasure trove of finds for me, in particular this ceramic The Wolfman mug, made in Japan by Erneli in 1981, and sold at Universal Studios theme parks. I've learned that there were also prototype mugs created for Dracula and The Bride of Frankenstein, but only a Frankenstein's Monster mug was actually produced along with the werewolf. 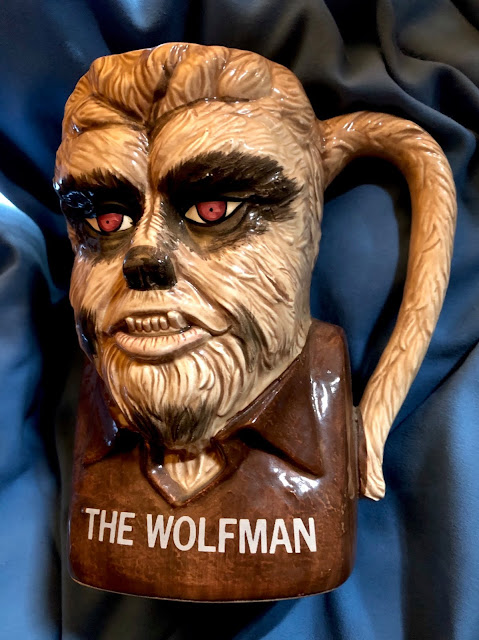 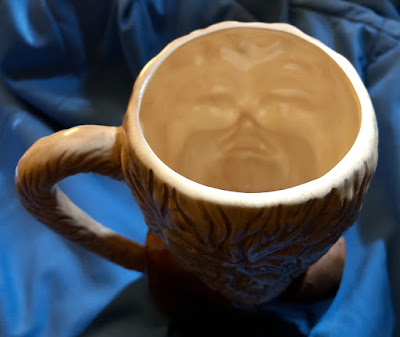 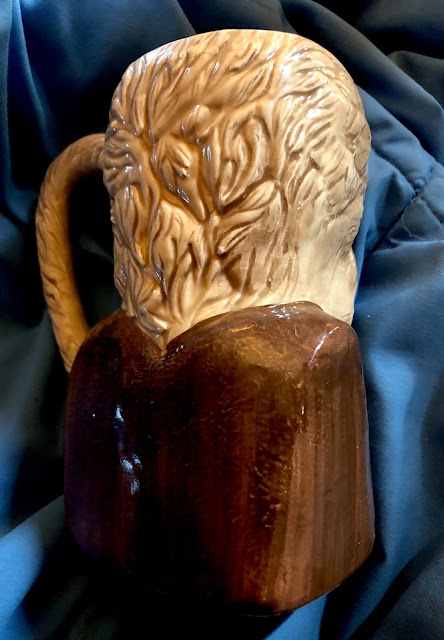 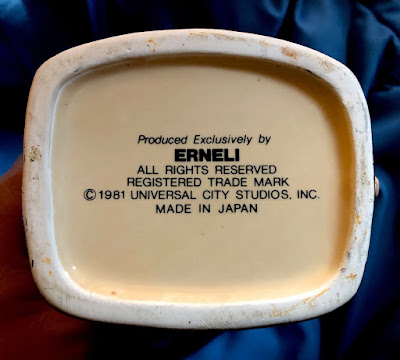 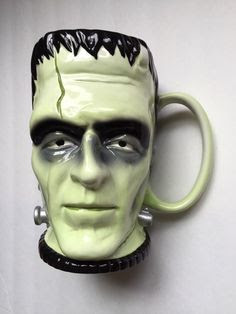 And speaking of Universal monsters, I loathe those hideously popular Funko figures, but these new Monsters Mystery Minis are loads fun. They come blind boxed and are a bit pricey, but when you actually get the ones you want it makes for great collecting. You know what? I want them ALL!! I love that they are black and white too, although there is another version of them in fright-full color. I found mine at Walgreens, but I'm sure you can get these at most comic shops, as well as places like Hot Topic and V Stock etc. Anyway, below are the ones I lucked out with so far: Frankie and the Bride, Dracula, Creech, and the rare 1/36 Mole Man (I included the box stats on chances to win too.) Good luck-- and happy monster hunting! 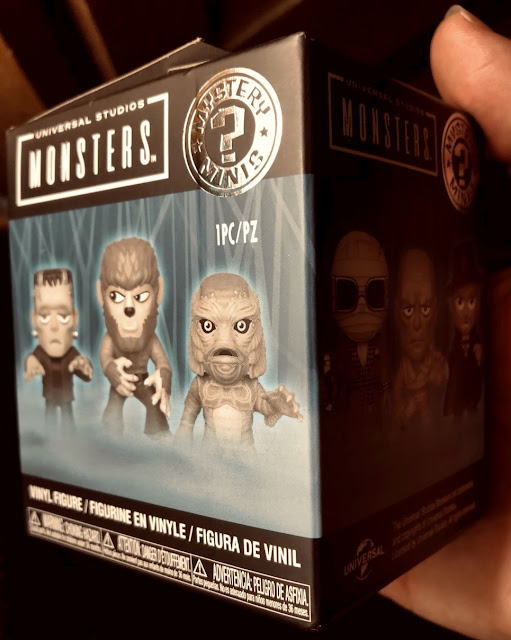 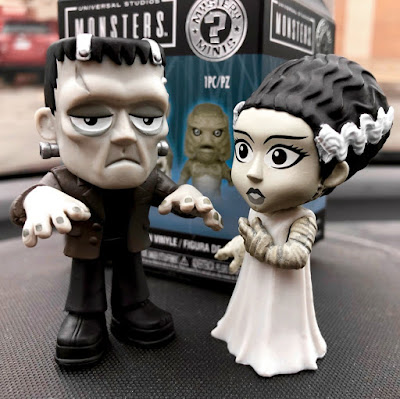 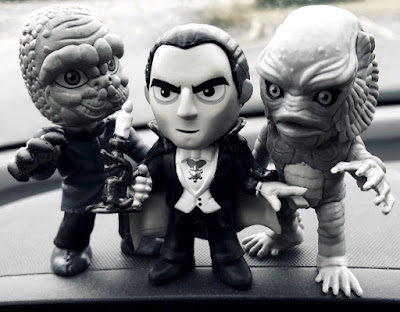 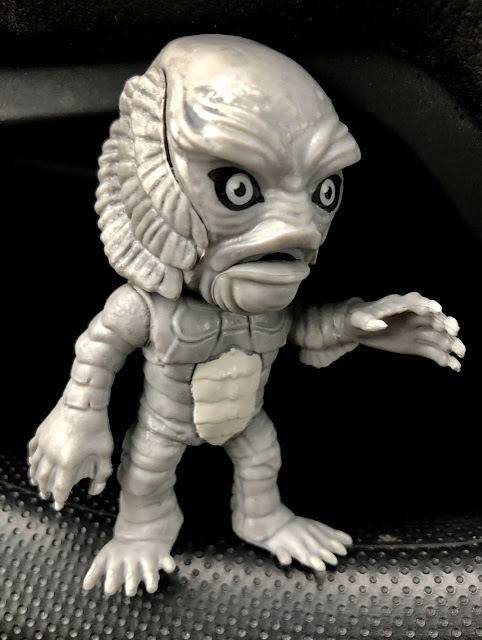 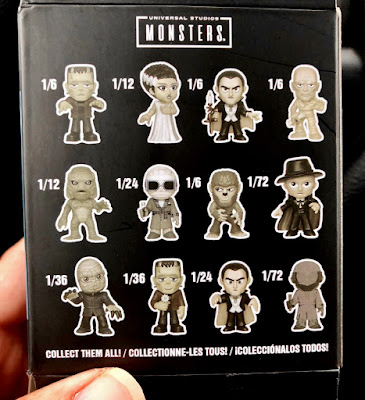 I'm glad I'm not the only one that isn't a fan of Funko figures. I do like that mug though. Great find!

I have a few Funko POP figures, not many. But these? I would LOVE to collect these! So cute!

I guessing its time for Karswell to dust off the ol' camcorder and make his own mini horror flick with these cool mini monsters.
Long live the monster kid in each and every one of us!


The Wolfman mug is great, though the Frankenstein mug looks a bit more like Herman Munster than Karloff's most famous role.

I like the Funko Pop toys better than you do (not that I actually own any). But I've never seen the point of collecting them on purpose so much as adding a Funko version of something that one might otherwise collect. Like, if I collected Buffy the Vampire Slayer stuff, I'd be delighted to also have the Funko Buffy figures. I can't imagine buying a Funko Pop toy in a vacuum, though.

Meanwhile, I love this blind box Creech! Totally into that Invisible Man, too. I like the hair and clothes on everybody else, but I'm not really into the faces. It's my problem, I know, but they remind me of pretend US anime, or maybe cute elf comics.

That Wolfman mug though, wow. I almost bought one just like that one time. Wistful sigh.

There's a couple of Funko Pop toys that I think are ok (the xenomorph is kinda cool in a bobble headed sort of way), I just feel like these things are so overblown and seriously saturating the toy market with an incredibly mediocre, even lazy looking design-- plus, half of the toy conventions I go to seem to be nothing but them. They're easily this generations take on Beanie Babies, and will probably be just as uncollectible and worthless years from now as said teddies.

I would totally try to do some cool Creech stop-mo mini monster film, unfortunately the limbs on these guys are not articulate.