I've been posting highlights from a few early 60's issues of Mechanix Illustrated over the last week, and by golly, here are a few more. Inventions Wanted was basically an ongoing shout-out in each issue from the MI editors to their readers, asking them to send in their own ideas for clever new concepts, or even improvements on old ones. Some of them ain't too shabby, while some need more work-- but the neato accompanying illustrations definitely make for a fun article none the less! Also fun, was the attractive appearance of "Mimi" in each MI issue as she bats her eyes and shows off her legs while showcasing something newly conceived and constructed from deep within her own "testing workshop." And now you no longer have to read Mechanix Illustrated just for the articles, Mr. C, as Mimi definitely puts the X into MechaniX! 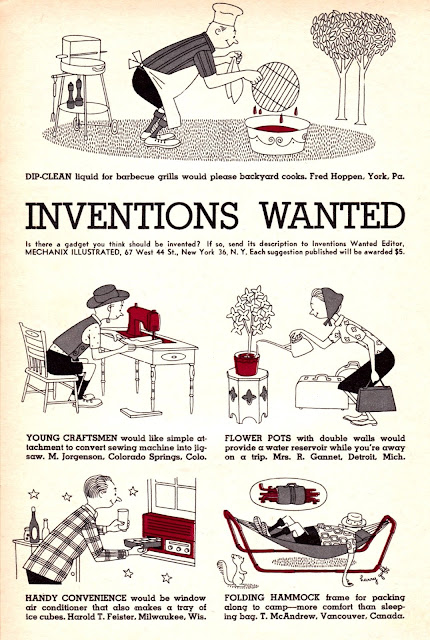 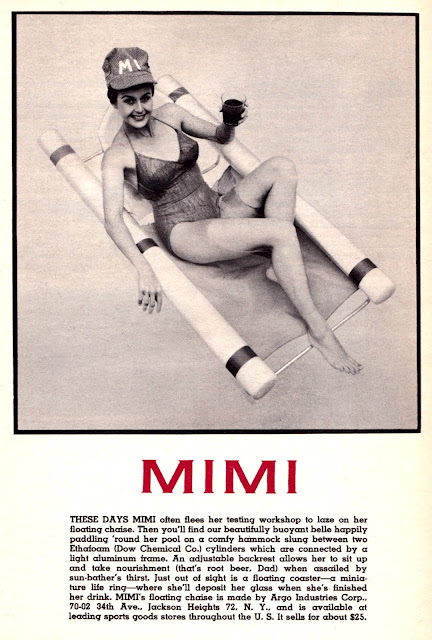 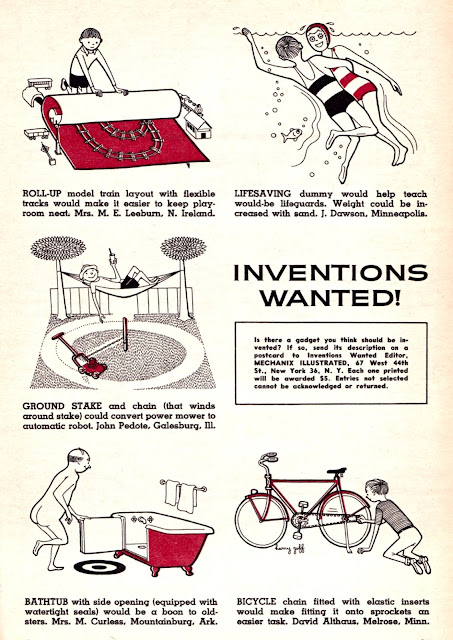 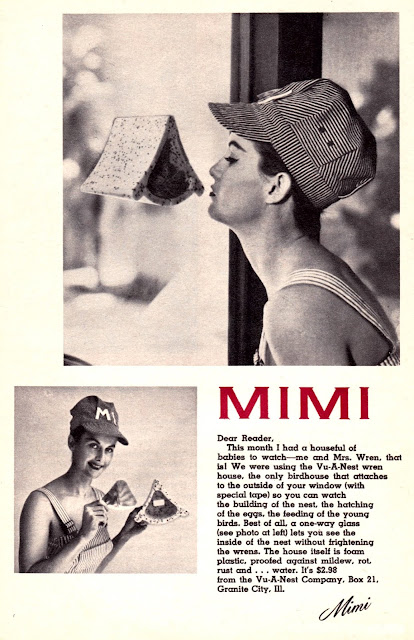 They have walk in tubs, somebody owes Mrs. M. Curless a lot of money!

And the folding hammock, I owned one some years ago. A quick search engine search shows there are several models available.
For the ground stake/power mower - Red Green had his own version of this, of course Red Green offers us How-Not-to videos.


Look up 'Handyman corner- automatic lawn mower' on Youtube and get ready to laugh.

It seems like a walk-in bathtub door would pretty much have to open the other way, and a cursory examination of the Home Depot website bears this out. I'm not too sure about the idea, anyway. I would hate to have to patiently wait the shivering altogether while every drop runs down the drain before I could get out. Meanwhile, I am not too sure about the mower thing, either. Like, why stop there? Go ahead and give it an artificial brain, too. Then we can read all about it at the other blog.

I love Mimi's little engineer getup. I'd like to buy that lass a root beer.

>Go ahead and give it an artificial brain, too. Then we can read all about it at the other blog.