There's a funny article in the June 1962 issue of Mechanix Illustrated called How Chiselers Beat the Phone Company. It's basically about people milking, bilking, and basically taking advantage of the telephone system. There's even some great illustrations by David Lockhart, one of said diabolical milker loading his pockets with change pouring from a pay phone. But my favorite is the half page, central piece featuring scrambling masked bandits literally chiseling away at a giant phone. Other topics in the article cover (and remember, this is from a time well before cell phones and answering machines) the aggravation of late night calls, and also how people purposefully used to call home and let it ring and ring and ring forever because they knew back at home the ringing noise was giving their obnoxious pet some exercise. And did you know when old time phones went out of fashion, people used to use them in the kitchen to make doughnuts instead? No foolin'... 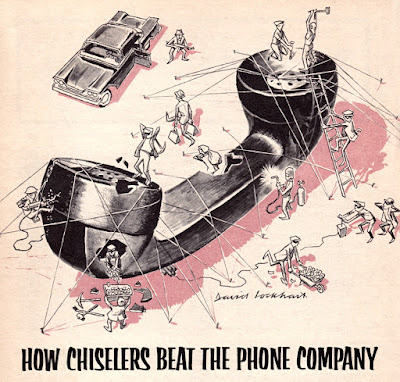 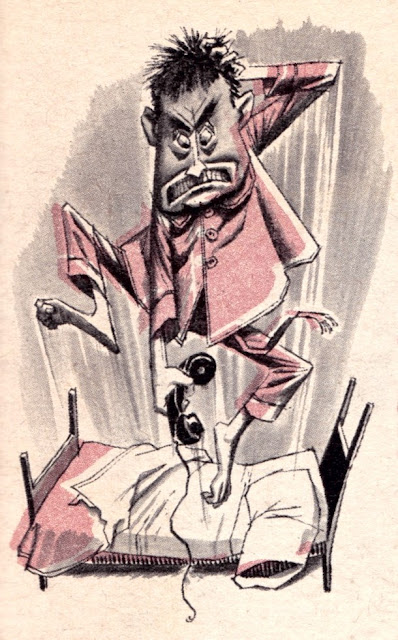 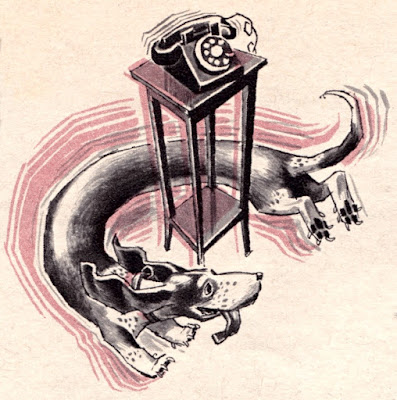 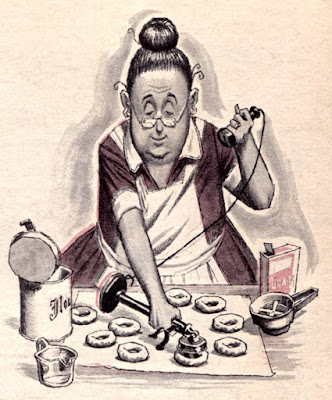 I don't usually read the articles in Mechanix Illustrated, I just buy it for the centerfolds.

Its funny you mention that, as Mechanix Illustrated actually does have a re-occuring cheesecakey model type (at least in the few issues I own from the early 60's) named MIMI, who is included as a sort of "tester" of these do it yourself projects. For example in one issue I have, she's floating around in a homemade pool hammock in her swimsuit. I'll show you in our next related post.