Added another Dogpatch USA gem to my collection this week, the Daisy Mae 9" chalkware figurine direct from the 1968 hillbilly hills of America's favorite long lost Al Capp theme park. There were 4 of these in all, a Mammy, Pappy, and of course an Abner, and with her lack of ankles and beefy Jack Black in drag facial structure, she's definitely a far cry from the sexy syndicated strip and comic book babe versions of herself so expertly illustrated by 'ol Al. There were cuter variations of her also made as a 7" plastic bank --which I'm still looking for (affordably!), but until then this one will just hafta dew! And at least she's painted nicely and on-model, a few I've seen on google painted her iconic blonde hair as a brunette instead! 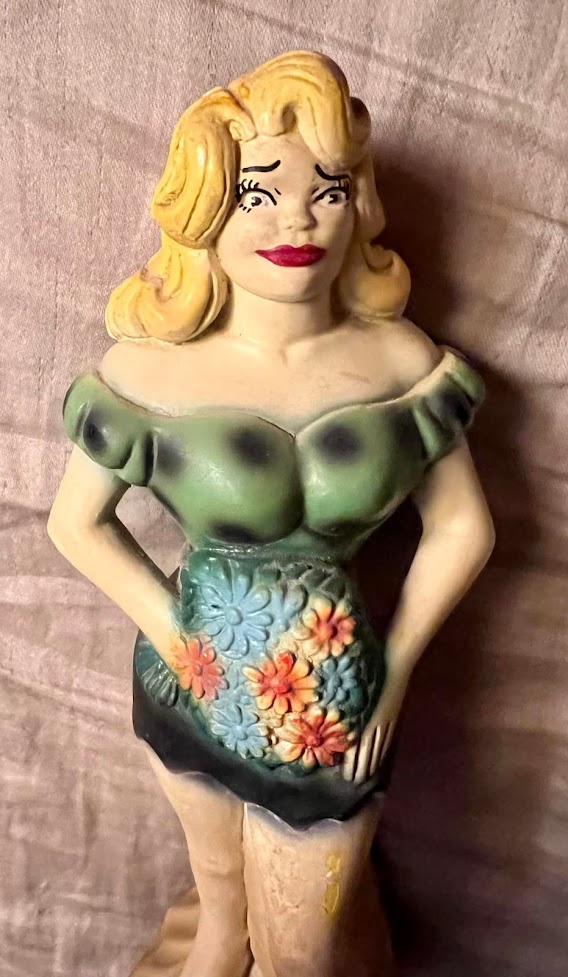 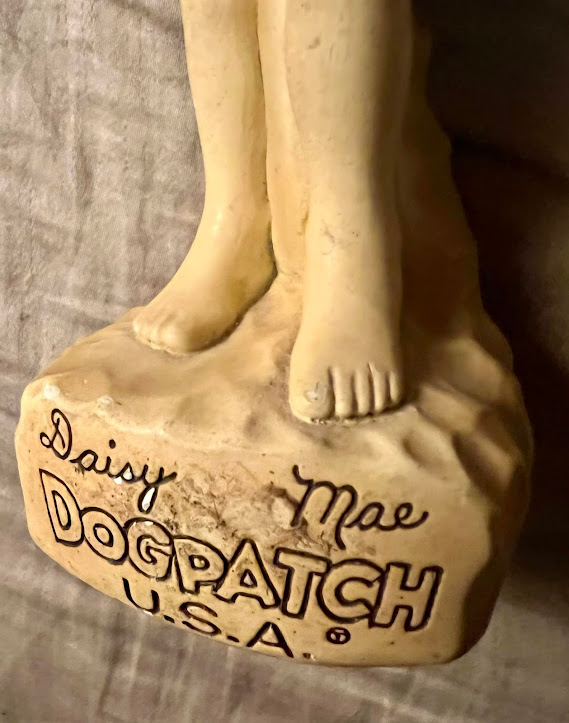 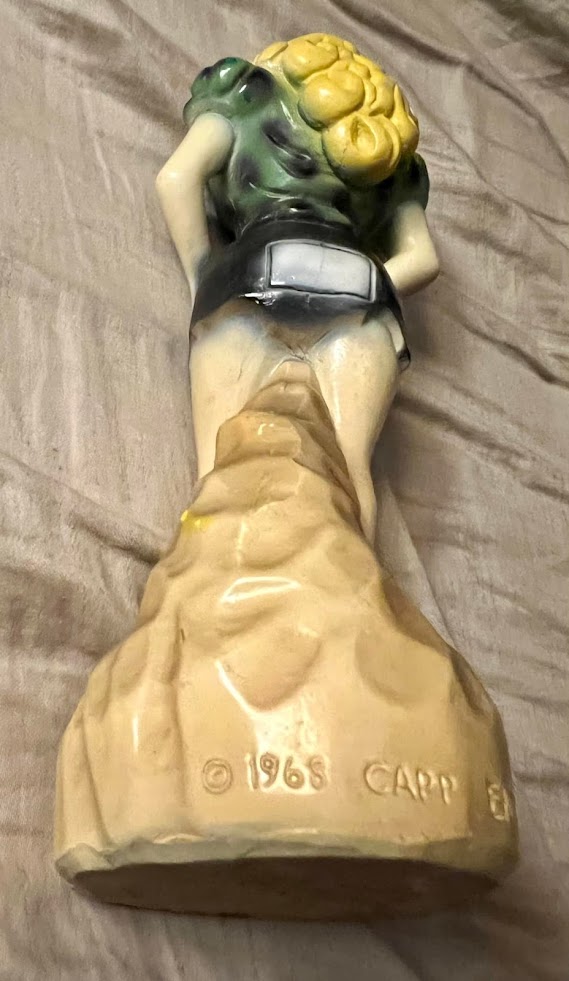 Everything about this is unfortunate!

I don't know about Jack Black, but she seems pretty surprised and I don't fault her as somebody sawed a square into her butt and then inserted a giant rock.

That said, another pretty intact find for chalkware from 1968.

BTW every time you mention DogPatch USA it makes me go back and look up old vacation photos on the 'tubes. Everybody should do this. There are some rides that make Action Park look downright safe and harmless ...

... and honestly, I think we might be worse off. I'd love to go back to a time in the 50s where there was just tons of weird and different regional parks, instead of homogenous chains.

The white square on her Dogpatch booty is in fact— a patch!

Ha ha, it looks like a place for a license plate.

I really like the surreal flowers area on her abdomen. She's almost like a Visible Girl doll by Giuseppe Arcimboldo. Or maybe a Real Girl doll by Georgia O'Keefe? Or sometimes a flower is just a flower?

Haha thanks... might be adding a Mammy here shortly, as I'm guessing the one I thought I had did in fact get broken at some point and thrown away without my knowledge. Ahhhh, kids...