Worked out a big trade a few months back with a fellow collector and scored some very nice, vintage Dorothy Lamour themed items: a beautiful cover painting issue of Hollywood magazine from October 1937, as well as one of the nicely done Portal Publications re-issue posters (from either the 60's or 70's) for Lamour's classic film adventure, The Jungle Princess (1936.) This is extra nice because it's awesomely mounted on a big 'ol sturdy hunk of wood. And to keep the Lamour alive, let's also take a look at a fun comic book adventure of hers illustrated by Wally Wood from the August 1950 issue of Dorothy Lamour #3, --where she takes on hungry crocs, shitty men, and an evil Pharoah's daughter! 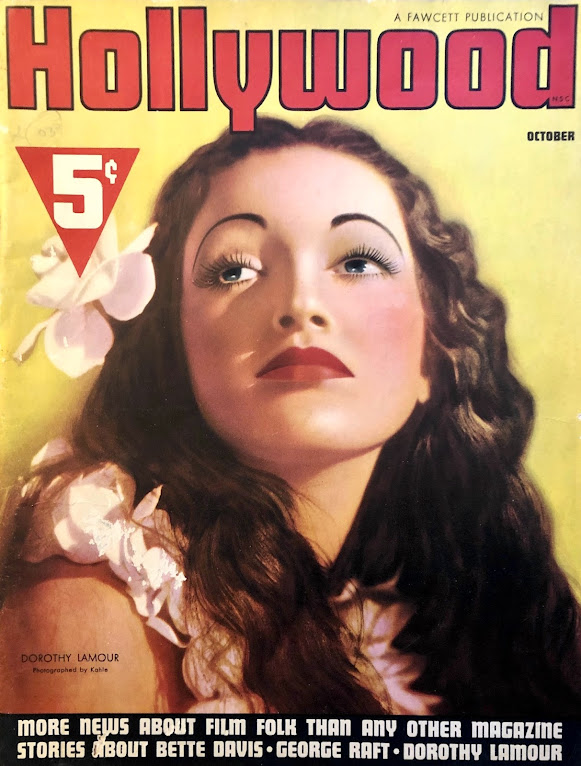 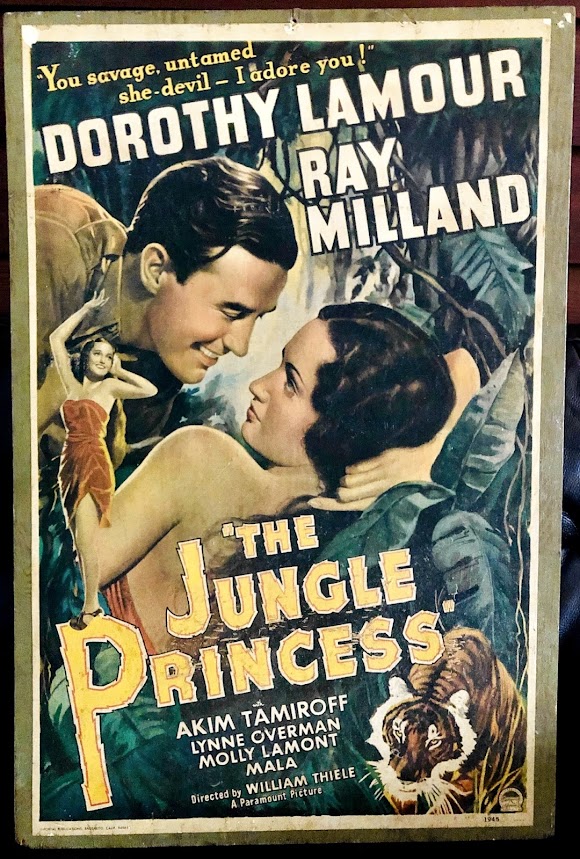 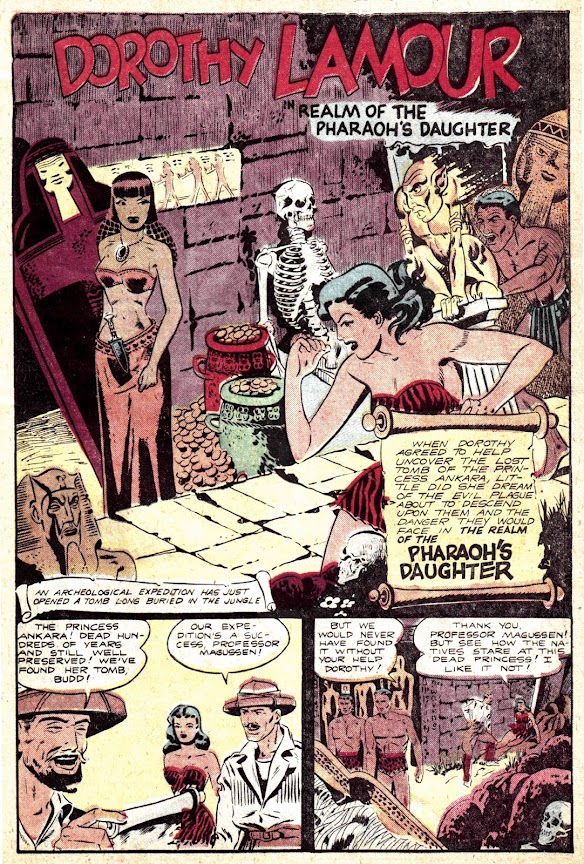 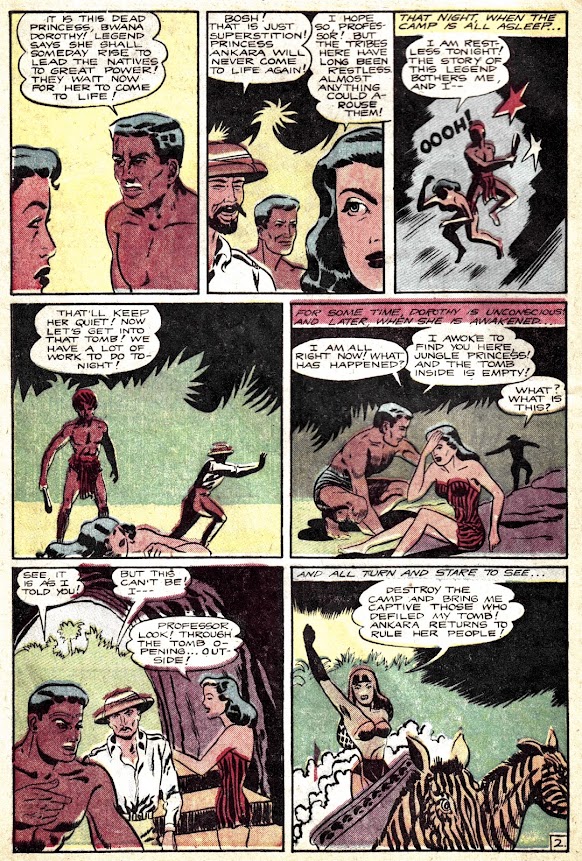 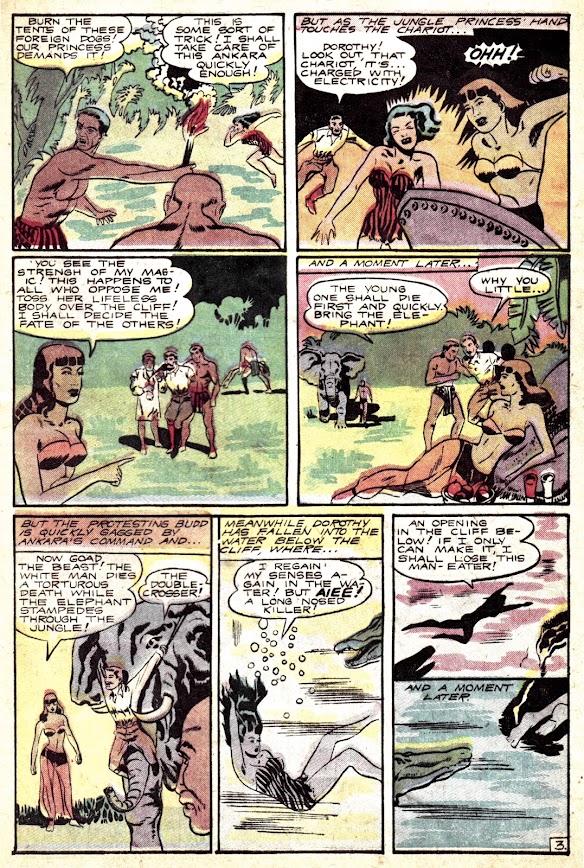 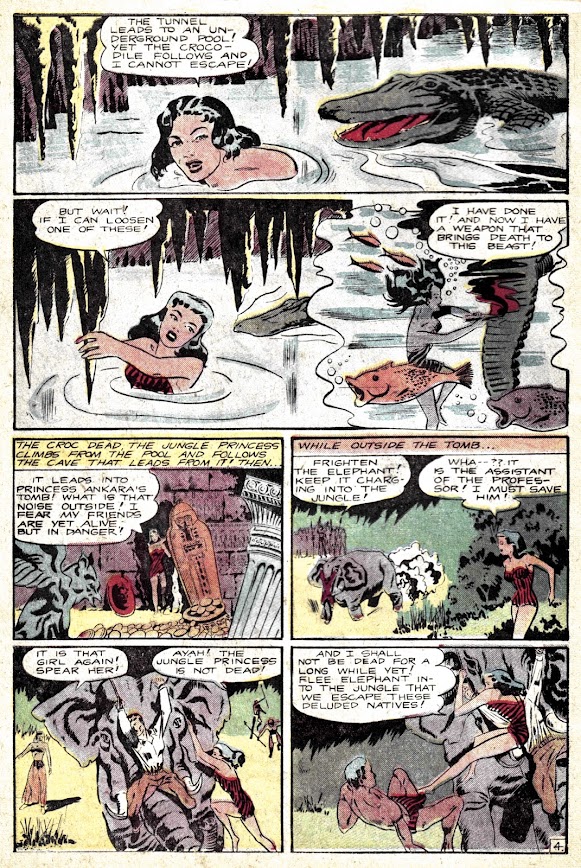 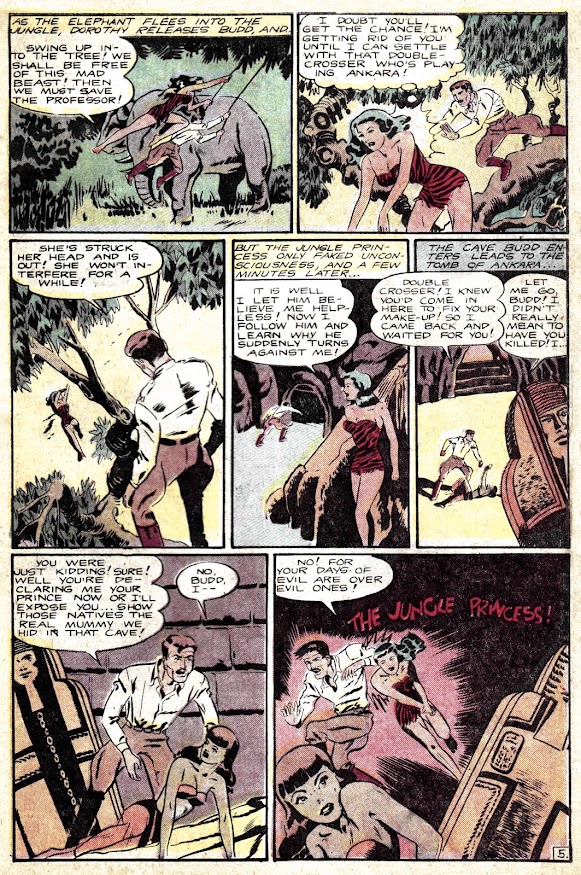 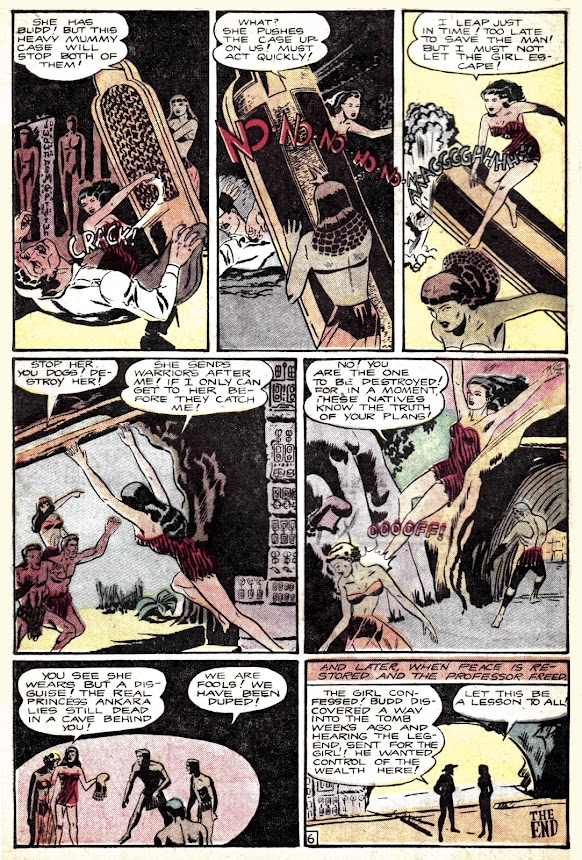 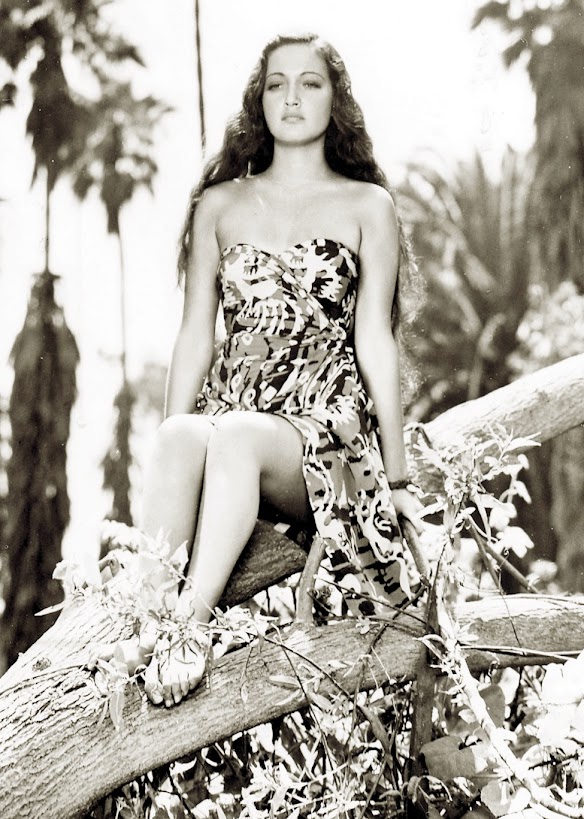 GCD notes that Wood hid his signature in the inscription on the first panel of the last page. I ... guess so? A neat trick, if real.

Wood looks like he drew this in an hour. There's certainly Wood-isms already in this earlier story, page 4, first panel, is the prototype Wood female face. Good job on the croc and elephant, but the whole things still looks uber rushed, and I can't really blame him from probably how much he got paid for this job!

So it's interesting in this is Dorothy the Jungle Princess but the movie that this comic comes from she was Ulah. So is this Dorothy the actress cosplaying a jungle princess? It's a real mind twisting puzzle!

Page two panel three. If I'm ever a hugely popular silver screen starlet who lends my very own name to an adventure mag, I sure hope I get drawn just like this. Total cave art!

That poster is the bee's knees. How big is it?

@ Brian --it might look a bit rushed, but also notice at GCD that Wood illustrated 3 other stories in this issue too, (there's one by Bill Everett as well.)