Has there ever been a better time in history to own a Frustration Brick than right now? Seriously. Have you ever seen the country, heck, the world, so divided politically, pandemically-- idiotically??!! Wouldn't you love to just throw a freakin' brick into something?!! Well, now you can... sort of. Produced right here in STL MO in the mid 80's (though the box artwork looks more Schoolhouse Rockin' 70's awesome), the Frustration Brick answered many a call to the aggravated peoples o' the world everywhere, to those that just needed to let off some dangerous levels of simmerin' inner steam, and, simply put-- to chuck something dense and heavy right into something breaky glassy, --or fleshy facey! Sure it's actually made of foam, but the sentiment is the same even if the end result isn't as 100% satisfactory. So, wanna see me take my frustration out on the Frustration Brick itself? Because next time --be a REAL BRICK!!! 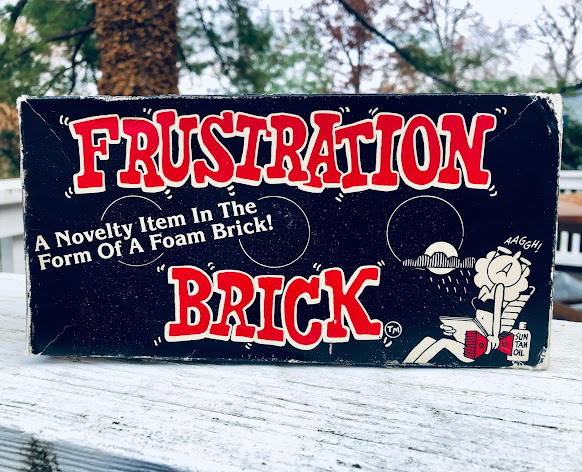 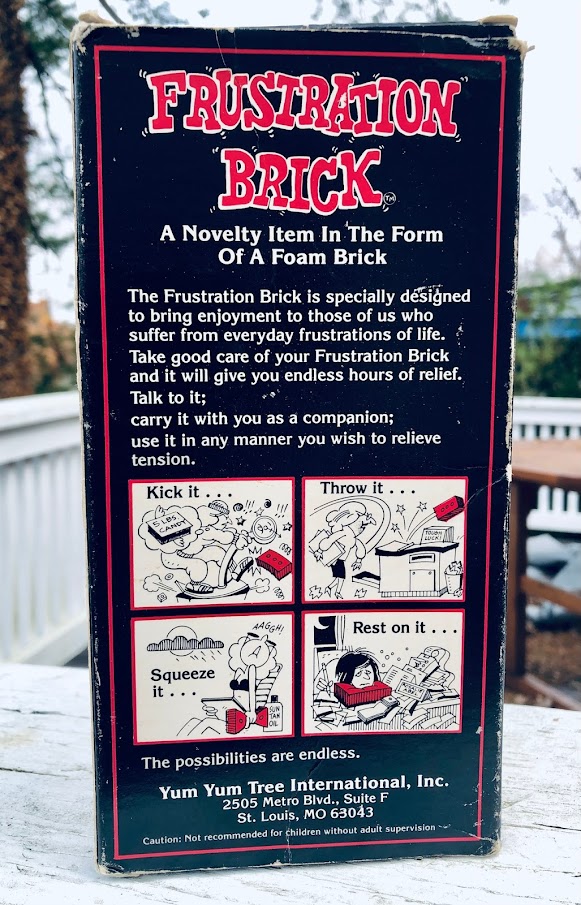 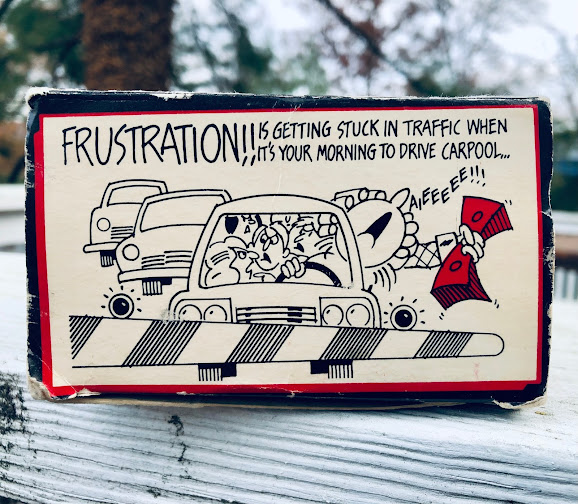 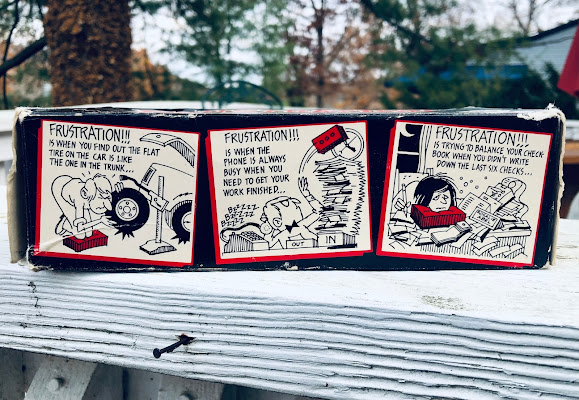 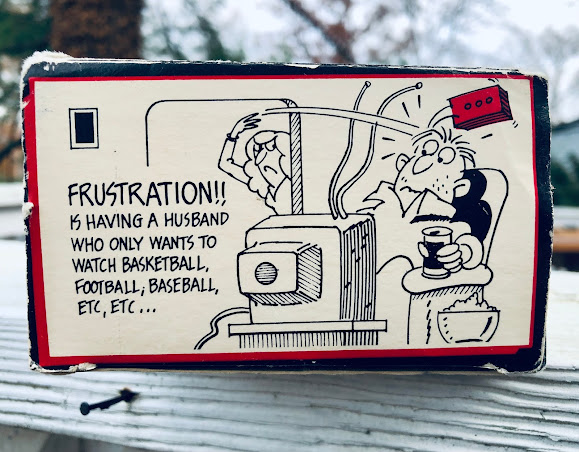 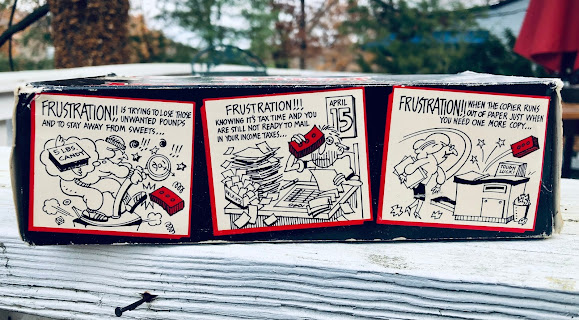 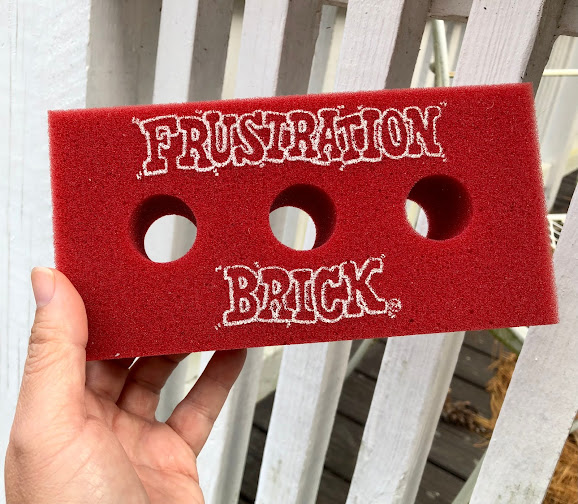 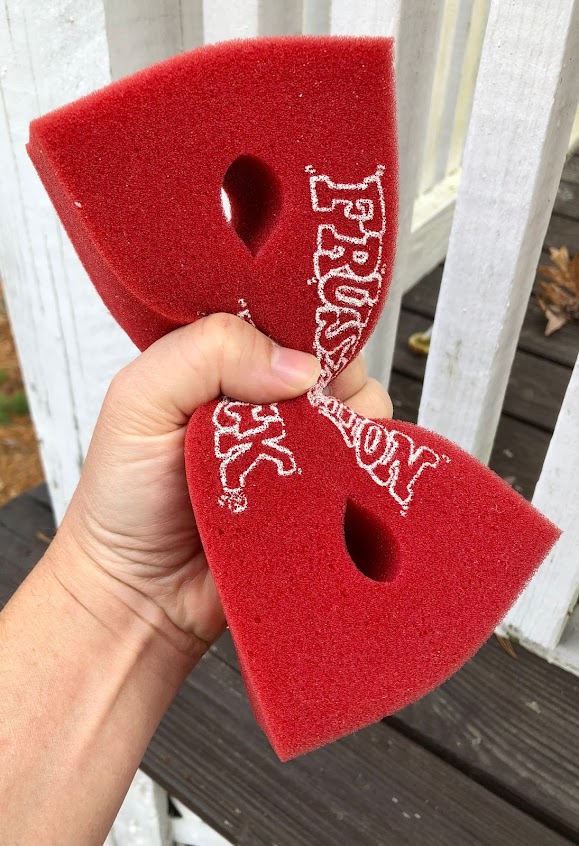 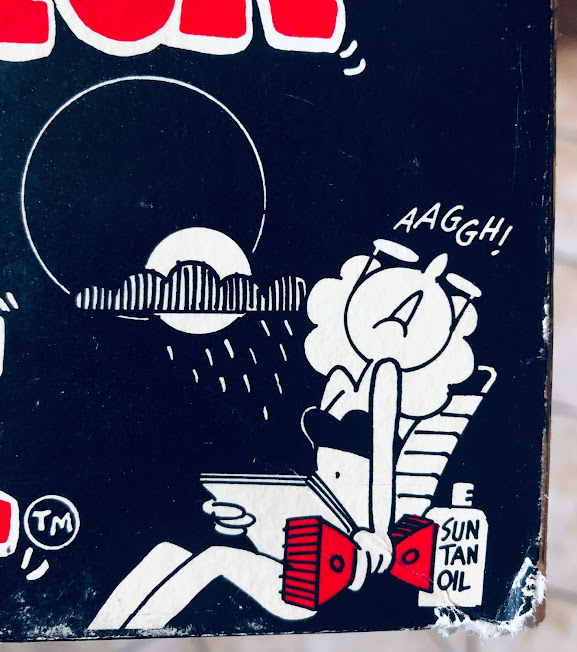 I'm frustrated that you aren't nailing in that nail! Now I need a frustration brick!!!

That said, some of these frustrations seem a bit self-administered! "Check the Weather" "Check your tire" "Don't marry the bum!"

I love these endless like novelties. Must have been fun trying to dream these up all day, and figure out a way to sell something really cheap at a novelty price, and then all the gag cartoons. What a life!

The nail is to hang Halloween decorations and Xmas lights

That box is great. I can't even pick a fave cartoon--maybe the resting woman? I think all of them work just fine, maybe better, without the text. The product is great too, of course. I can appreciate the violence potential of Nerf. I'll take a hundred boxes, please, so I can beat my head against a full Frustration Wall. Or maybe I can see Frustration Fortunato immured alive in the family catacombs?

I'm going to need an entire frustration brick WALL, please and thank you.

No old idea ever goes away- a company called Nanco is offering a plush Frustration Brick, but at $19.99 I'm frustrated at the price without even owning the new brick.

"Frustration" is such a weird word, it's one of those words that doesn't sound right the more you say and hear it. Reading all these comments containing the word was seriously damaging my brain cells somehow-- HOW FRUSTRATING!!!

Okay, if we haven't had enough "FR" words around here this week, FRIDAY FRIGHTS is up next!
STAY FROOMBED!!

I never saw any of these in person, but I'm pretty sure I saw a segment on them on the show "Real People" (anybody else remember that show?)