The Night of the Demon

The October 1974 issue of Midnight Tales #9 from Charlton comics contains a wonderfully cute 'n spooky Cuti / Sutton tale about a little girls interest in demonic witchcraft. I was saving this one for next month, but since I kind of jip'd you on Friday Frights last week, I thought I'd just go ahead and toss it up today because getting into the scary spirit of things is also half the fun --even when Halloween is still a month and a half away! You also may have noticed that the title borrows from one of the greatest demon summoning horror films ever made, Jacques Tourneur's 1957 classic, Night of the Demon, which is of course also based on the M.R. James literary spectacular, Casting the Runes, about a certain guy with a similar name to a certain horror host that many of you might be all too frighteningly familiar with. I've rounded out our post with another glimpse at a much more attractive horror host, this time Charlton's very own Midnight Tales hostess, Arachne, (an image that I pieced together from a two-page centerfold lay-out.) Enjoy! 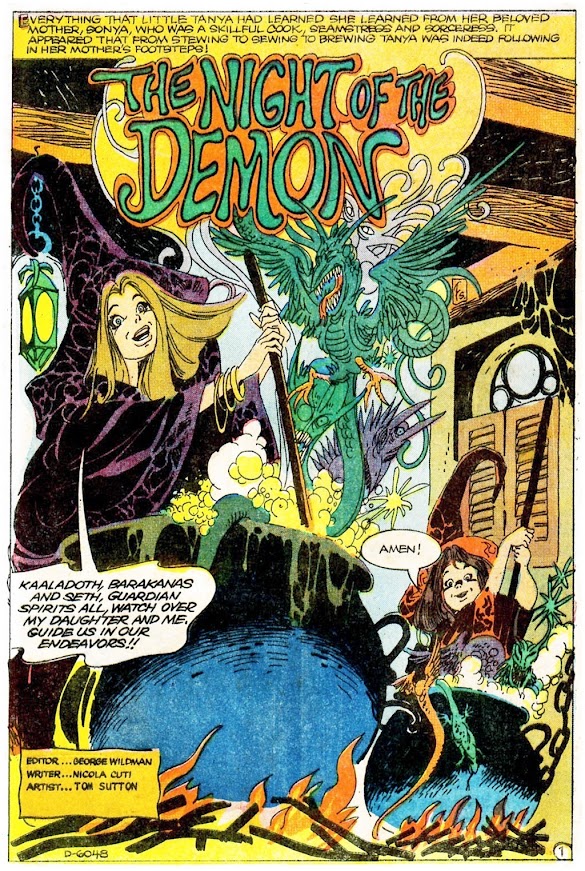 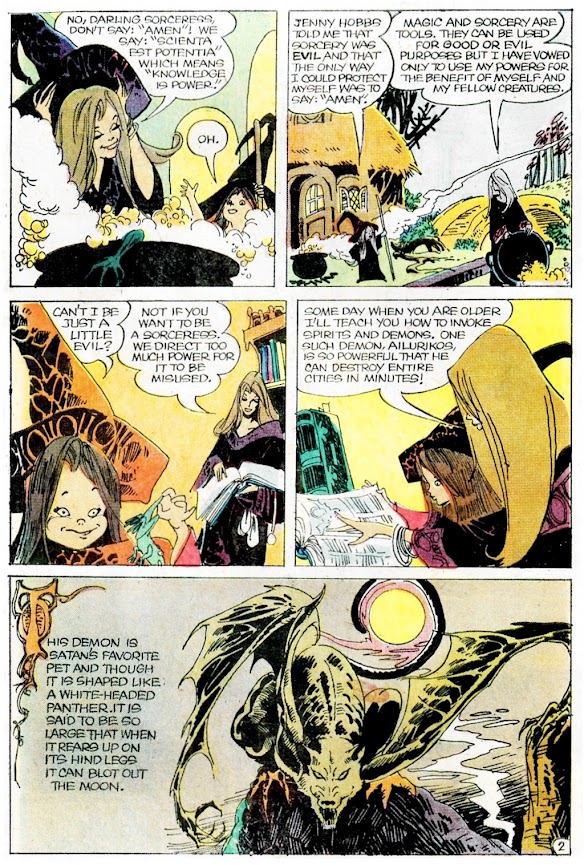 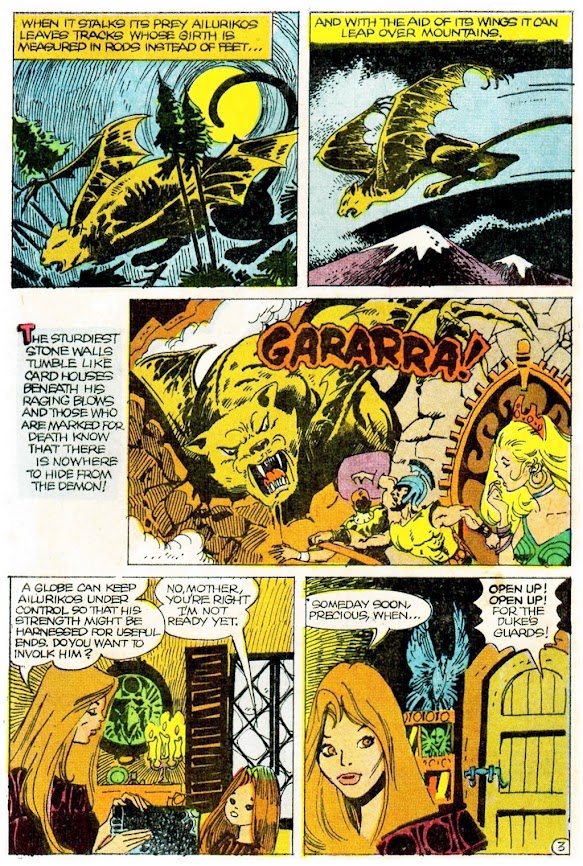 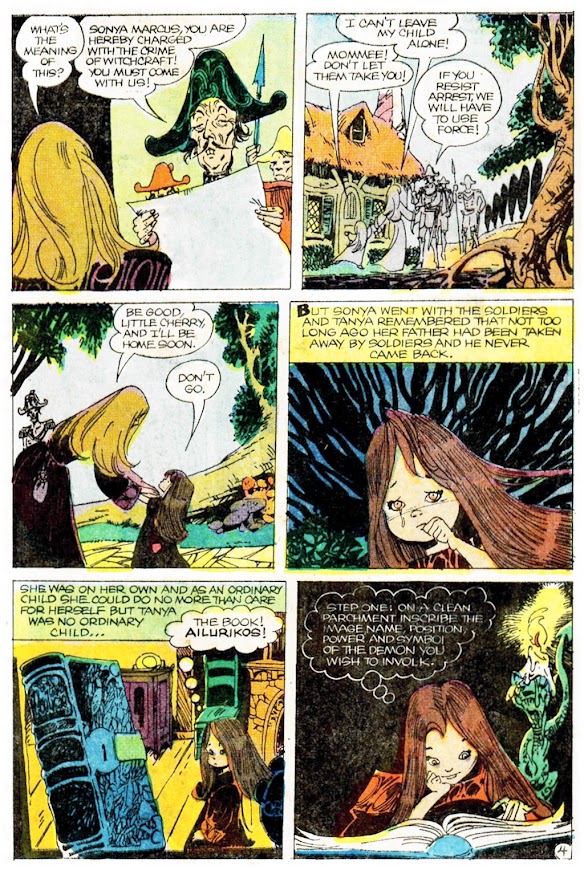 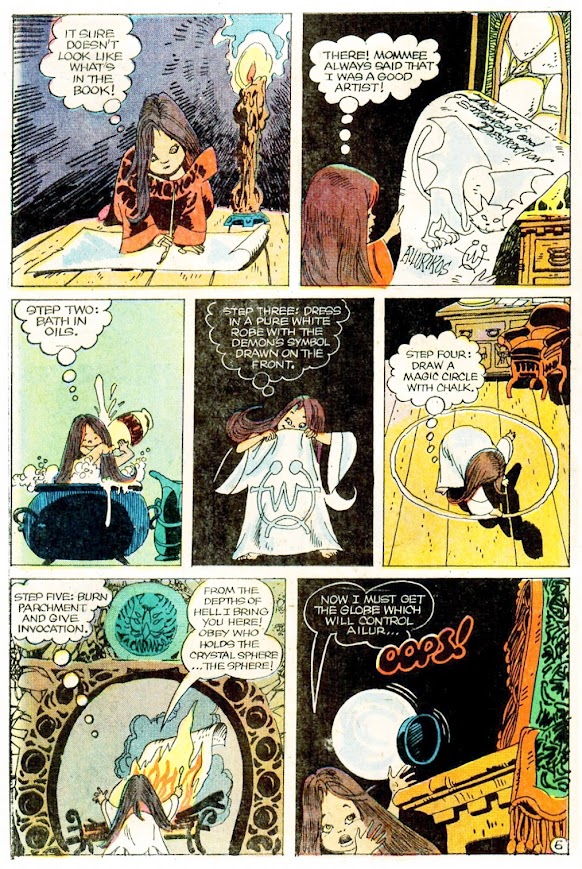 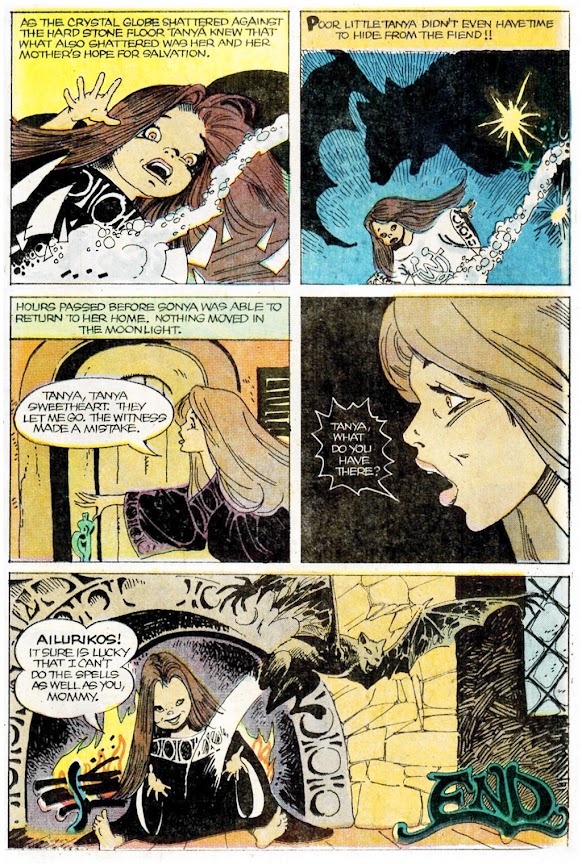 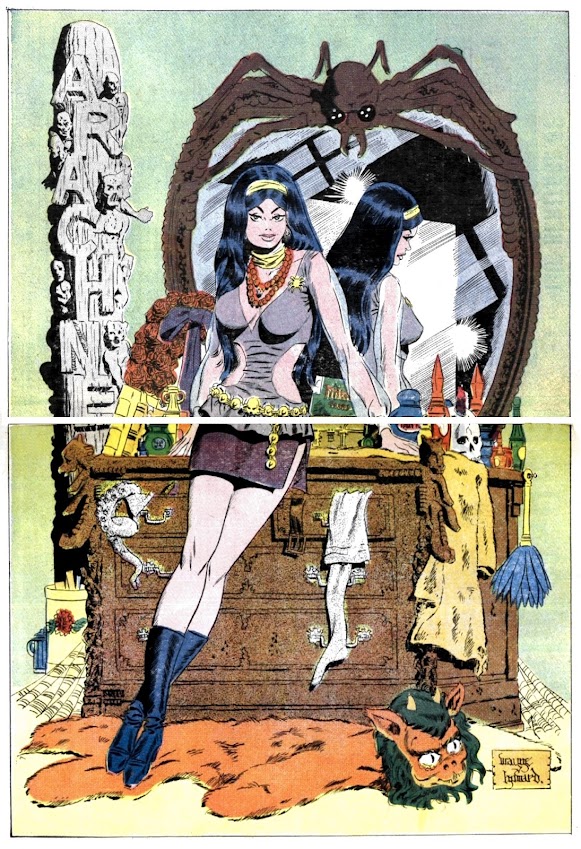 Very cute, and the art is perfect for it. Bright, colorful, and evil the nighttime panels with our panther-bat are more children book like than horror.

I love the little details, like the mushrooms on page 4.

When the little girl summons the demon, all her expressions are on point. This is a really nice art job.

I love the monster rug on the pin-up and the spider mirror, more really great details. There's some fun stuff hidden in there, like the comic.

I agree that the details on the Arachne centerfold are excellent. From the eight-legged ant head mirror to the demon puppet vanity gargoyles. I think my favorite details is that, uhm, horseshoe of roses? Did Arachne win the Kentucky Derby?

The Cuti / Sutton story sure lives up to that label. I was very charmed by the "amen" in the splash.

Arachne, one of the early Goth girls, though Vampira was one of the first.

Aliurikos that Tanya conjured up was cute, maybe he could be considered the first Pokémon pet?

A fun tale Karswell, thanks for sharing.