Friday Frights is covered in creature freak feature fur this week, and it's also a double header (as promised) because we missed last Friday's update. And this time around we have a couple of kooky werewolf tails (hee), both with their own uniquely oddball angle that I'm sure you'll find a bit-bite refreshing over the usual weird wolf man tropes. Fur'st up, "It Roams These Hills!", is a Wally Wood rarity that was originally featured as a back-up story in Avon's science fiction one-shot, Attack from Planet Mars, and published way back in 1951. Followed by a flash forward into the 70's silver age with a supernatural Charlton snarler, "The Werewolf's Ghost", from the March 1976 issue of Baron Weirwulf's Haunted Library #26. 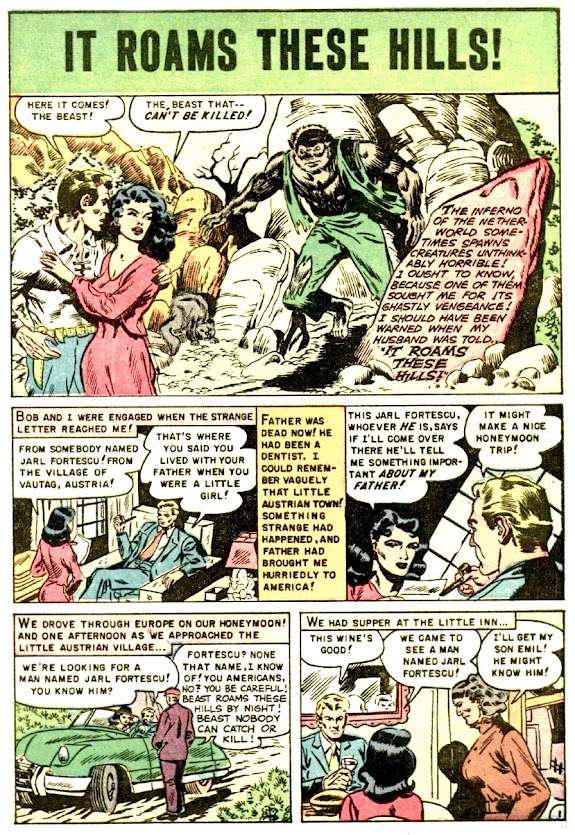 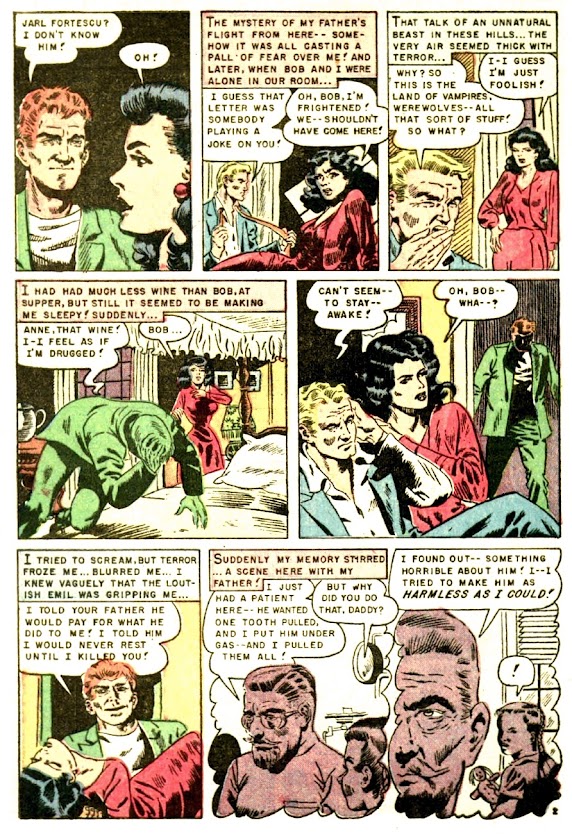 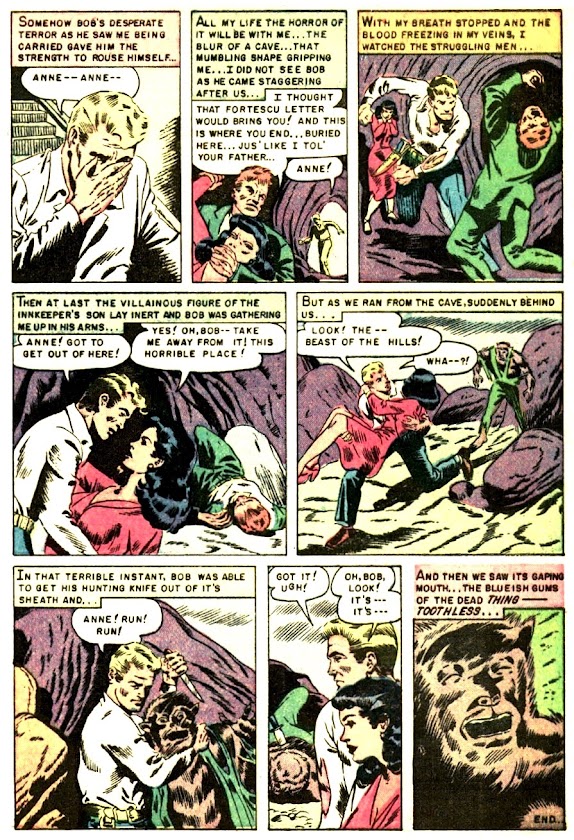 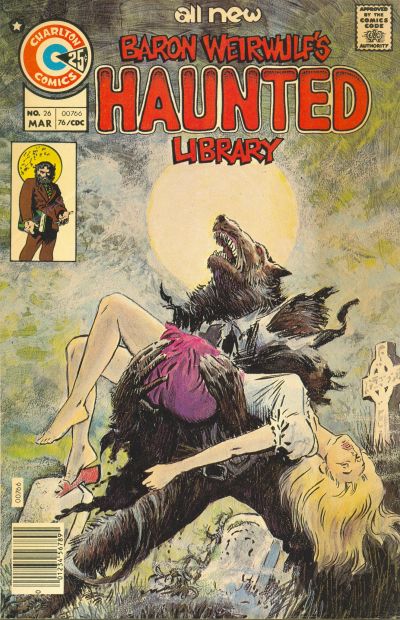 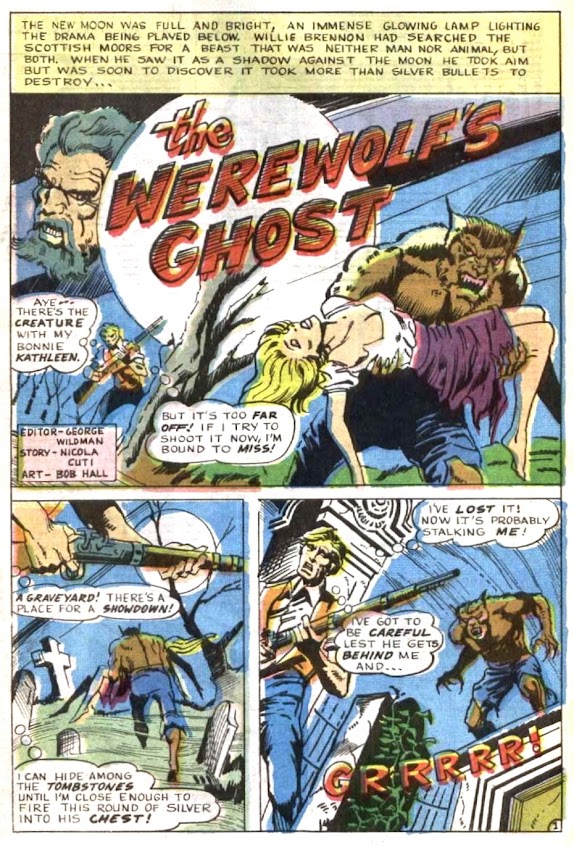 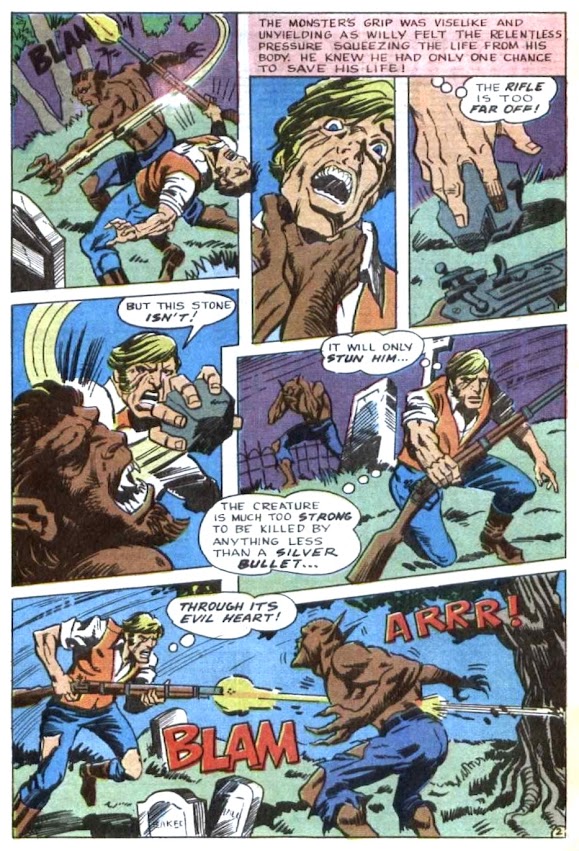 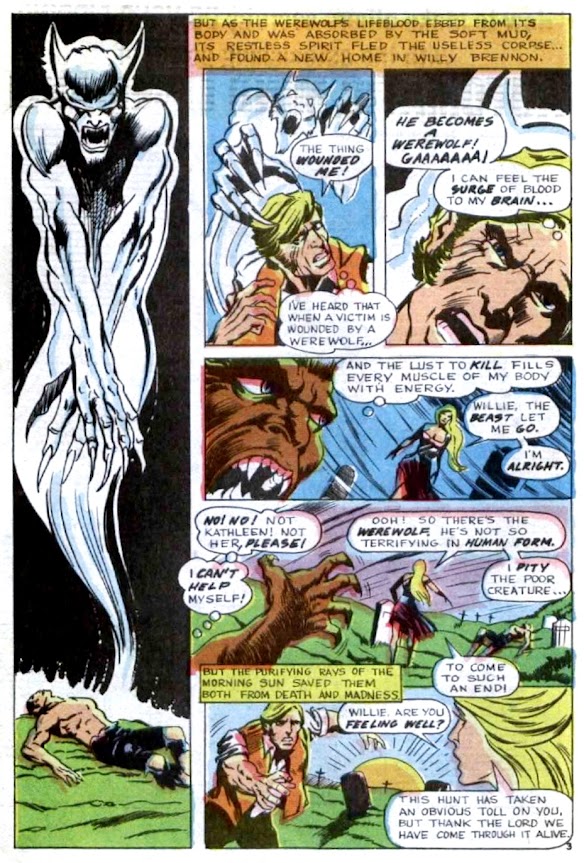 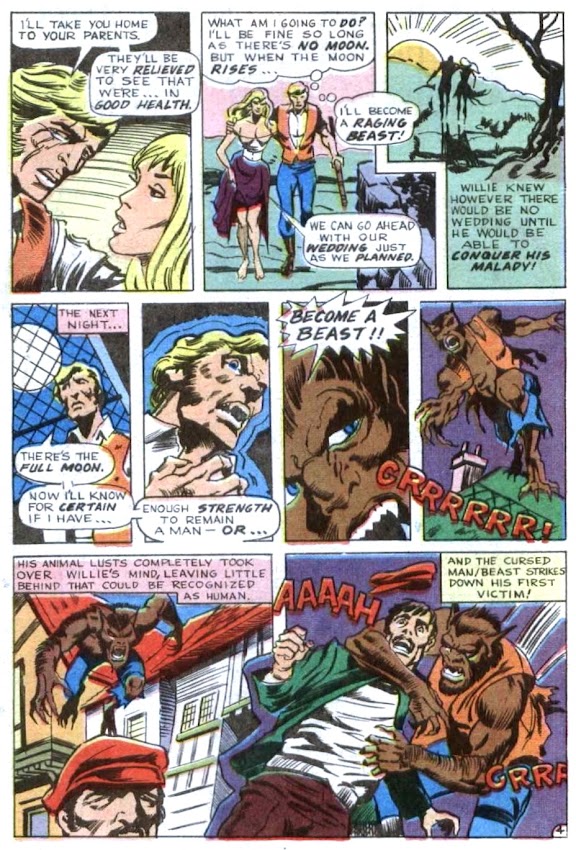 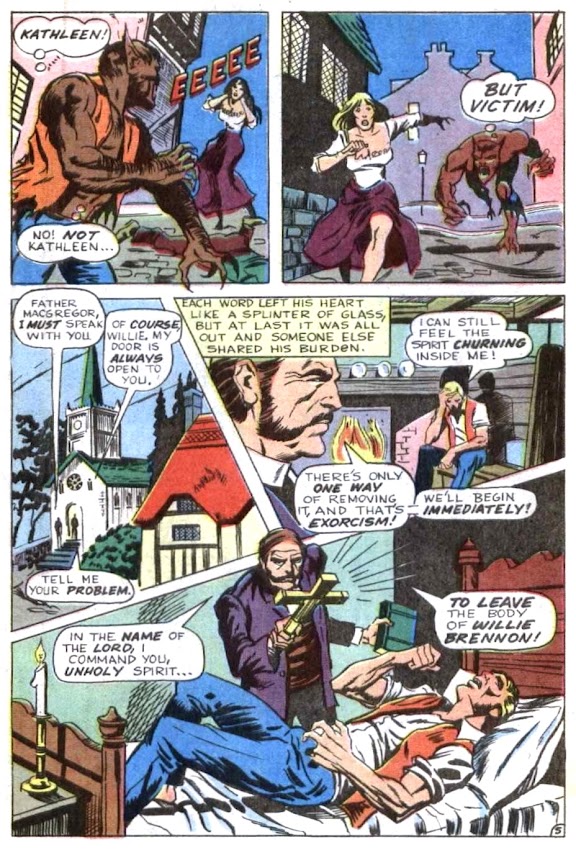 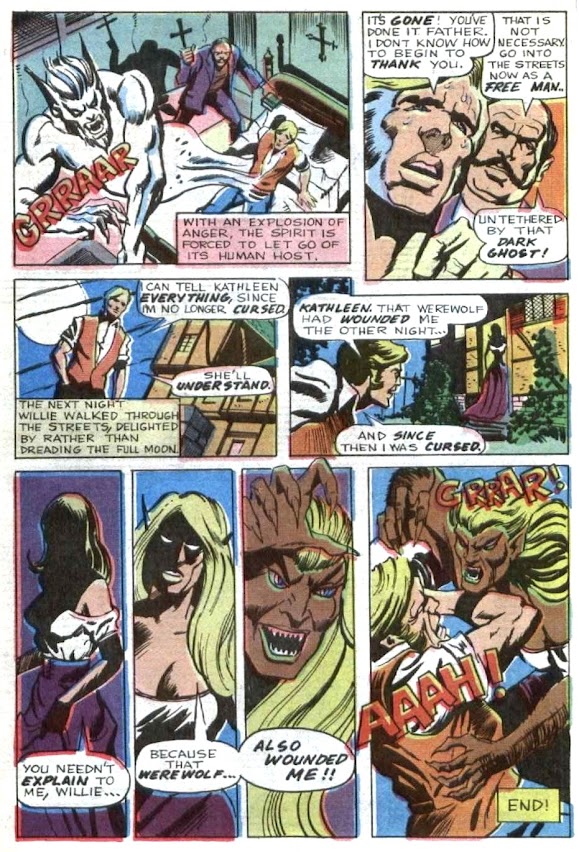 Even fast Wood is great Wood. The story is a clever idea but the execution is awful, I normally tried to avoid saying bad things but this one is just ... not good. The beast that can't be killed was killed pretty damn easily!

Lot to love in the second one. The everybody eventually becomes a werewolf or who is the werewolf stories are a staple, and this one has a fun twist with the werewolf ghost passing from person to person.

I love that (colored pencil?) cover. It's great, I like the clean but shaded look of it. Love the werewolf ghost, and the werewolf transform panel.

I love me some werewolves any day of the week!
The only thing I ever ordered from Captain Company was a (cheap) werewolf mask. I STILL recall the gagging smell. Great stuff. :)

Fantastic! A Werewolf Wednesday Friday Frights Tuesday Twofer. And a Throwback Thursday, too: It Roams These Hills is a delightful classic I'm always happy to reread. The dentist thing is really weird and clever.

I think the second story is weird and clever, too, but I kind of wish they'd explored their cool idea a little further. A man catches lycanthropy from a wolfman wound. Later, when he is killed by a silver bullet, his body transforms back into the original man--but his ghost is still a werewolf! Holy cow that's weird! Lycanthropy rewrites a patient's DNA all the way down to the soul! Next, when that ghost possesses a man, he, in turn, also becomes a monster. Okay, fine, of course. This is where I'd like to see things padded out some more, though. I mean, this could have been about a haunting, instead. We could have finally had the werehouse story I've always dreamed of--every full moon it becomes a doghouse. The wind howls; all the doors and windows try to slam on you. Okay, maybe I'm a little punchy. But I do think the exorcism should have been done by holy water squirt gun, in keeping with the usual anti-werewolf ammunition tradition.

Wood is always good.
That poor girl! Her dad dies in the service of dentistry; she receives a letter from a guy named after a poisonous fish; she's roofied by a ginger weirdo and her hubby is nearly gummed to death by a toothless lycanthrope!
This may be the best Friday Fright yet. Thanks!

More Friday Frights every, um, Friday-- stay tombed for more this, um, Friday! And as always, thank you for the comments too!