Funny article from the December 1966 issue of SICK #49, --not so much spoofing the job corp as much as taking pot shots at those luridly sexy, overblown men's adventure magazine stories of the same decade-- the art here in particular is super attractive and expertly realized. Also, a spoof of those hilarious old Maiden Form Bra ads from back in the day, (see the very last scan) as featured on the back cover of this SICK issue. 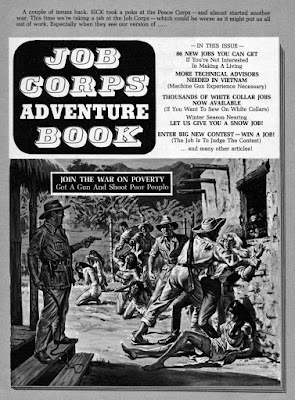 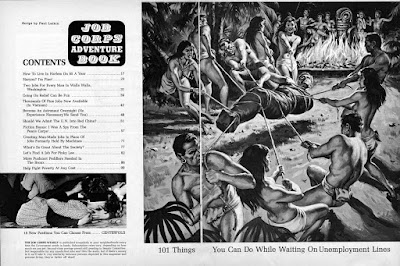 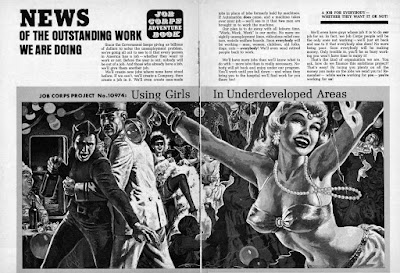 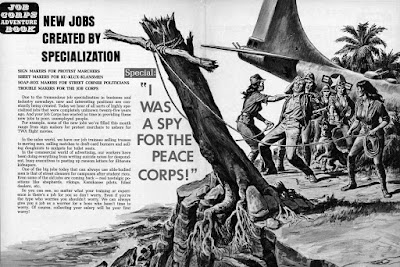 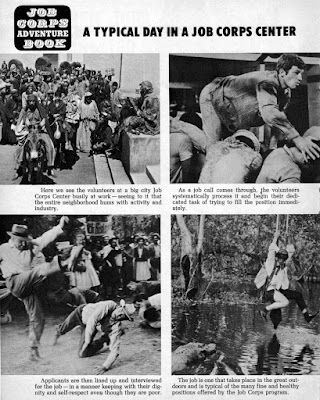 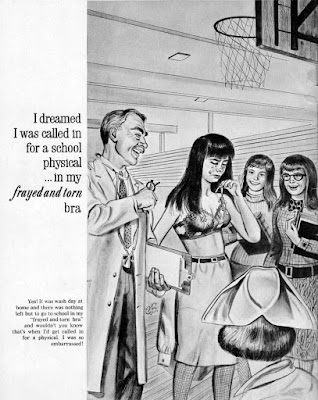 Great stuff. Surely those first four are by Earl Norem, right? Since they aren't, by themselves, particularly funny or illustrative of the text, I wonder if they weren't just extra work he had laying around--conceptual samples, or variant studies he did for other mags that went unselected--that he farmed out cheap here. They don't seem quite as polished as his actual men's mag stuff, but they do look like his work. To me at least.

I have that same issue. I'm pretty sure they had the same publisher or office space as some mens adventure magazines, and just used the same artwork. They also used gag cartoonists that didn't contribute directly to them.

What were gags back then are the sad reality of today's lousy economy.

Not sure who the artist is, but it looks close enough to assume it could be... and yes, unfortunately the gags of yesteryear are truly becoming the reality of today :( Anyway, thanks for the comments, gents! I'm sure Sam is right about the same publisher / office too!