Bill Bunny, Butch & Buttercup, and Goofy Gander were all characters that originally appeared in various Golden Age "funny animal" comics like "Dizzy Duck", "Happy Rabbit", and "Coo Coo Comics." Parents' Magazine would then later reprint them among the wonderfully condensed classics, games, and poetry pages of their other various monthly publications for kids, (ie: Humpty Dumpty, Polly Pigtails, etc.) The 3 hilarious, and expertly illustrated examples in today's post were all reprinted in the Oct. and Nov. '52 issues of Children's Digest... I'll have more of these for you next month too! 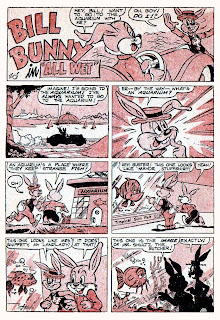 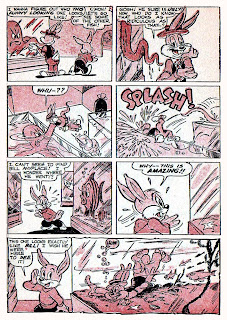 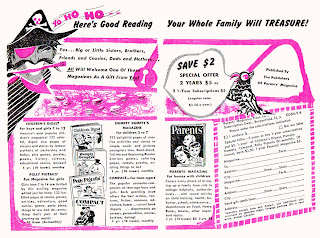 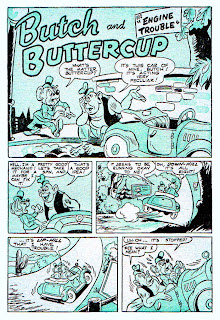 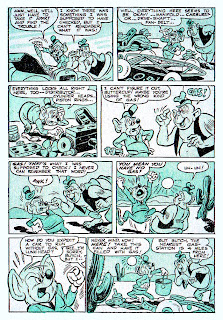 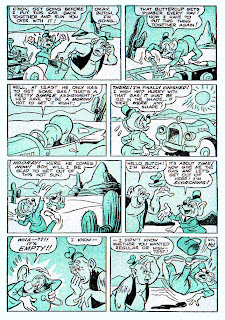 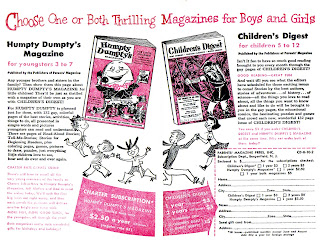 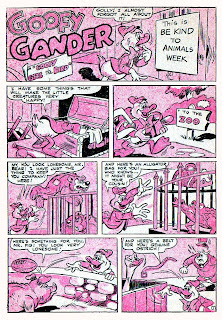 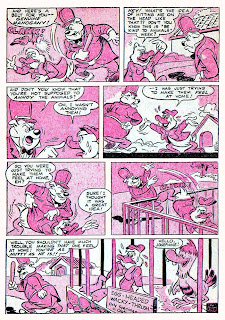 But I love the fishies in
that 1st Bill Bunny Tale.

What a memory rush. I had completely forgot about Children's Digest. I had a third grade teacher that used to pass them out. It was such a treasure chest of great stuff - fiction and non-fiction. Man, just let me wallow for a while in the memory!

This is some fringe goodness!

>What a memory rush. I had completely forgot about Children's Digest.

I've got a big pile of them, and will be posting more stuff from this series and Humpty Dumpty Magazine all this summer.

>This is some fringe goodness!

Nothing but the best for my bloggin' buds! Thanks for the comments.

Monochromatic color hurts my eyeballs !! (at least, the PINK does)

Wonderful stuff. Was it Children's Digest that reprinted the Tintin stories, too?