Finally scored myself a Vincent Price Shrunken Head Apple Sculpture craft kit last week-- complete and never used as well! The one I had originally back in 1975 has long since vanished from my life, though I somehow managed to hang onto the one shrunken head that I actually made when I was seven years old (see pix below.) Anyway, it was fun to set everything up again and I even put my original shrunken head back into "The Shrinker" after all these years, haha. I was tempted to leave him in there and see if the lamp heat would somehow soften him up a bit-- mostly so I could reform his smooshed nose, --but alas, time has not been too incredibly kind on him as he's literally turned into the equivalent of a hunk of hardened rock. So I guess that means I'll just have to make another one, eh? Stay tuned, it may not be until Halloween, but you can be sure I will fire up the 'ol Shrinker again and make another! (*insert maniacal Vincent Price laugh here!) 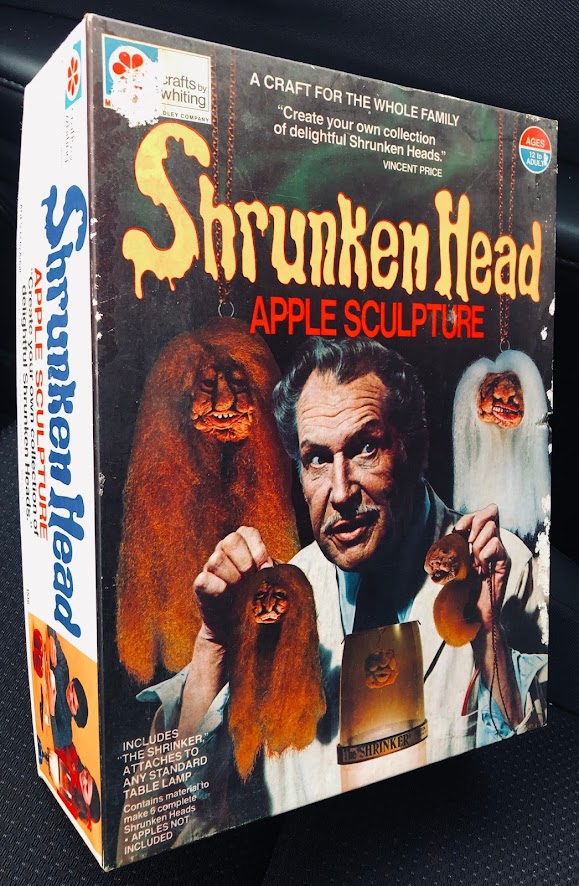 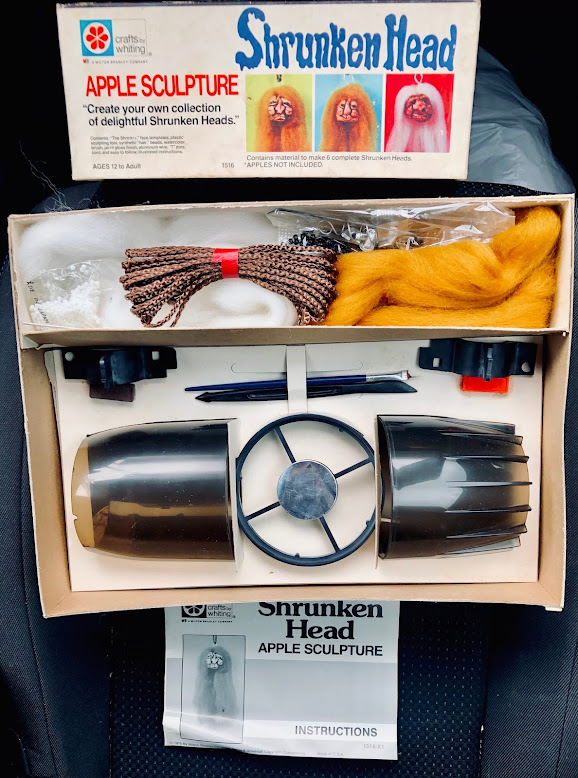 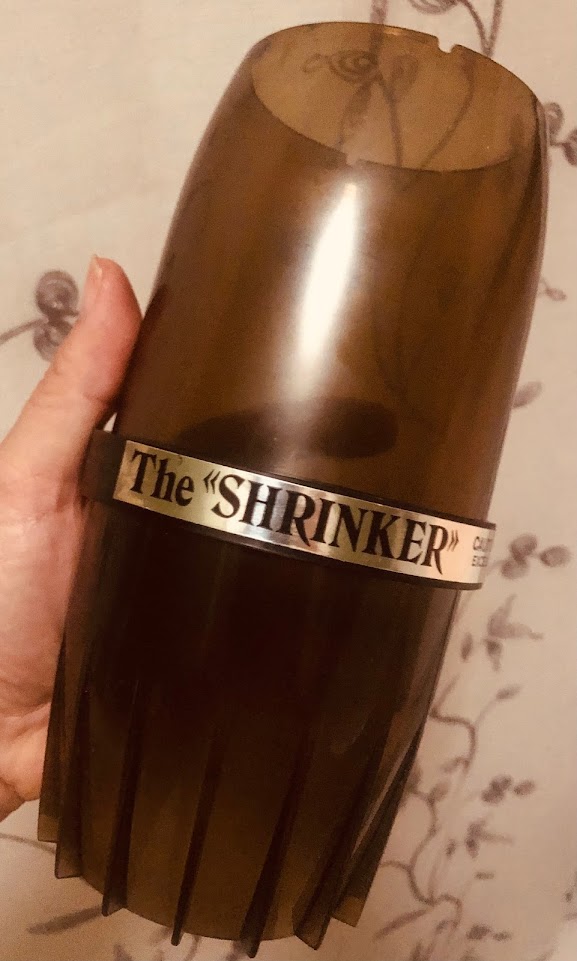 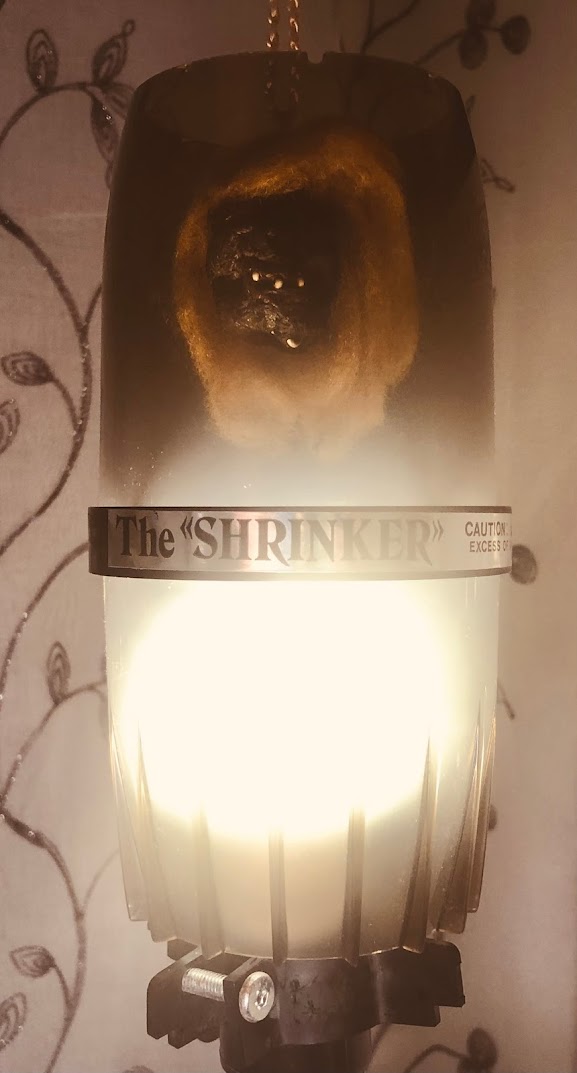 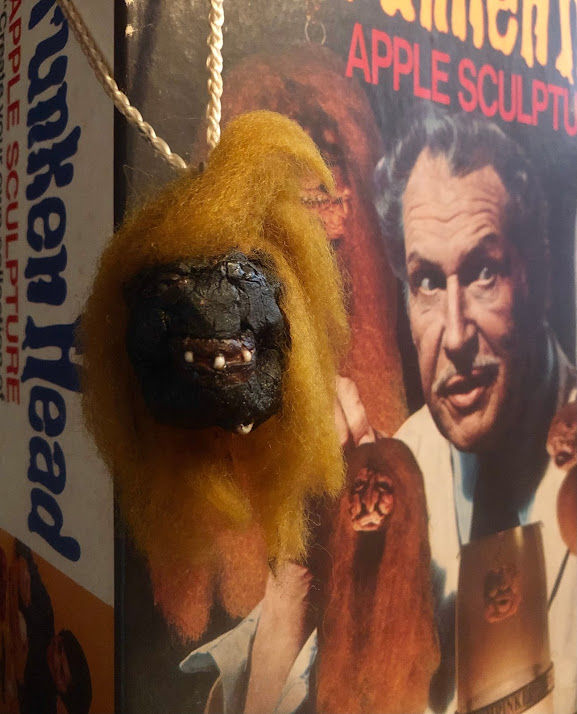 You can stick Mr. Price on about anything and it's cool!

I've never actually seen on of these out in the wild, I always wondered about the teeth/eyes/hair and see they came with the kit.

I never had one. How long does it take? So the heating element in the Shrinker is a light bulb, like the Easy-Bake Oven? And there's a fan to dry out the heat and keep everything from rotting? I have no idea how you ensure there will be any nose on your shrunken apple.

I can't wait to see what you produce. Get it, produce? I gotta million of 'em.

Now This is the coolest of cool items.

Glad you scored this Karswell, if anyone deserves a Vincent Price Shrunken Head Kit, its you.

This needs to make a comeback, I wonder if a food dehydrator would work.

Looking forward to "the shrinkening".