Scattered throughout various Charlton horror comic titles of the 70's --ie: Ghostly Tales, The Many Ghosts of Dr. Graves, among others-- was the kooky, one page / one panel adventures of a vulcan-esque little boy, and a Village of the Damned-esque little girl named Elenora. Together these "Weirdlings" explored the creepier edges of their whacked-out world, encountering all sorts of bizarre monsters and harmless mayhem, and hopefully they gave the reader a chuckle or two as well. Elenora's design sort of resembles Mysta the Moon Maid from Dick Tracy, though this Charlton filler was in fact illustrated by Nicoli Cuti, so let's assume this is actually a more kid-friendly spin-off of his late 60's adult, underground Moonchild comic. 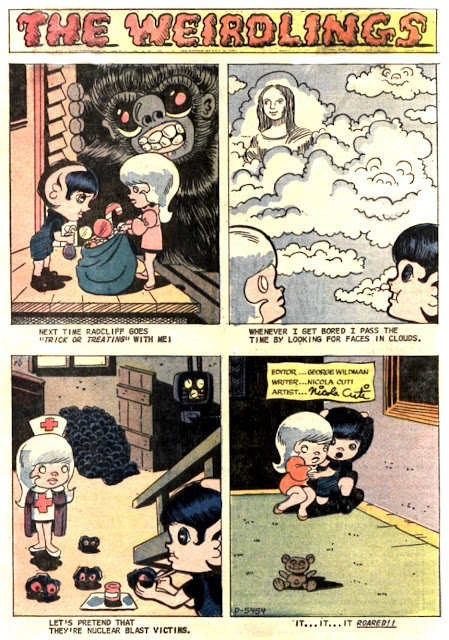 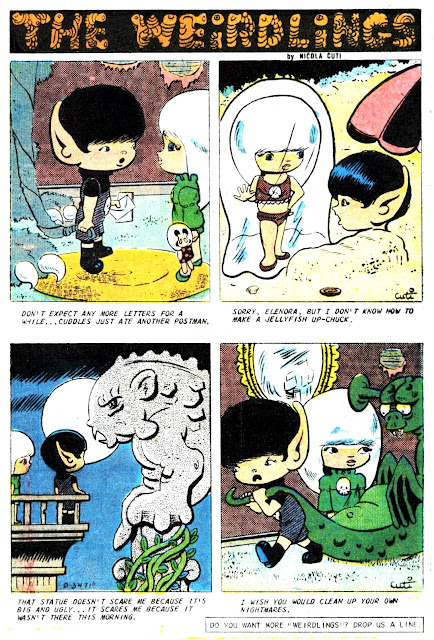 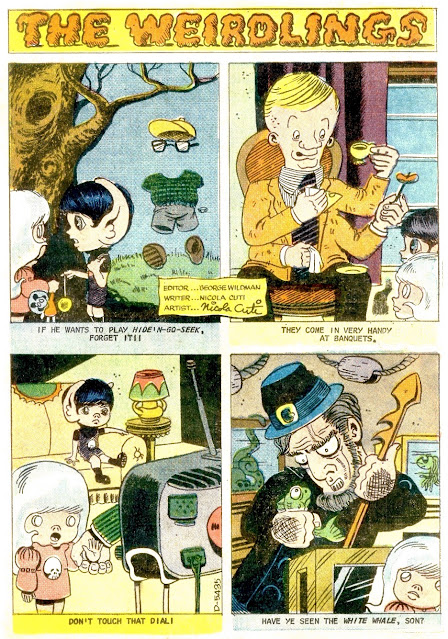 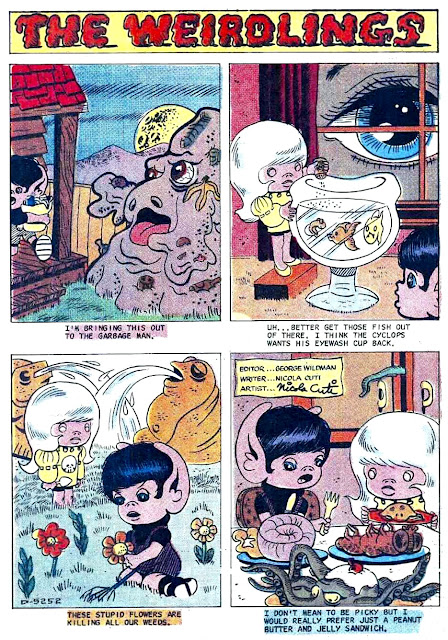 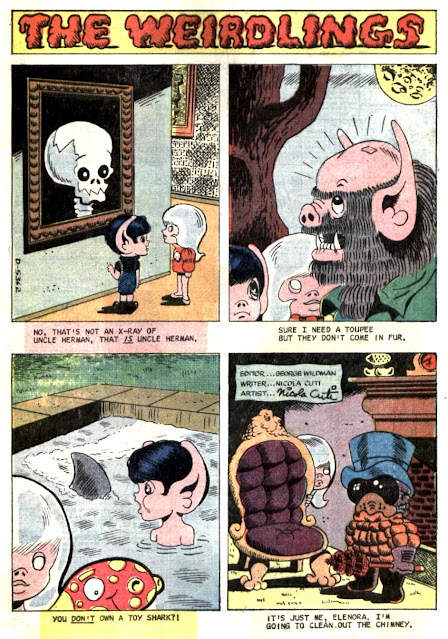 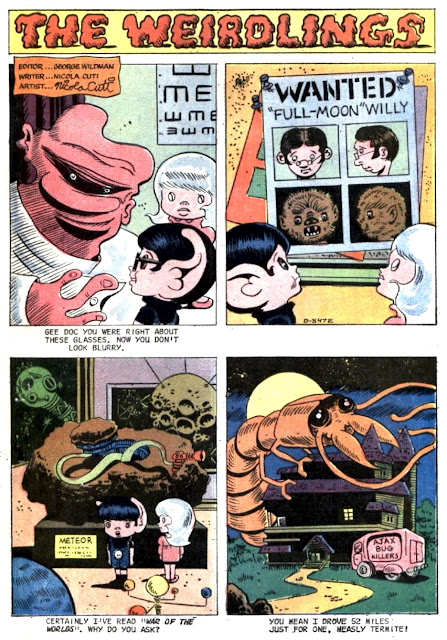 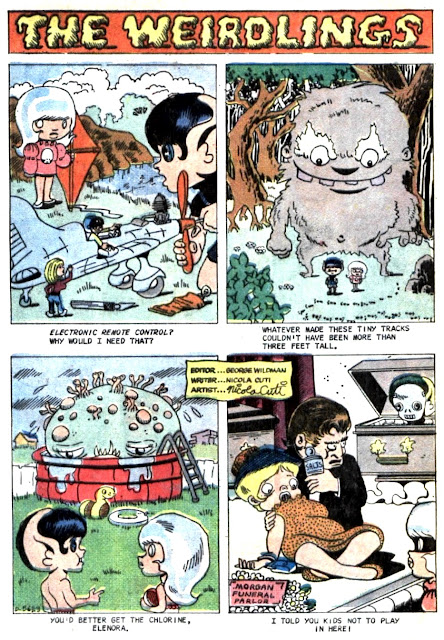 I can't stop seeing that one little guy as toddler Spock! ;D

These two could be playmates for Pugsley and Wednesday, or Eddie Munster.

They are the perfect blend of cute and terrifying.

Wow. I feel like the jokes are all from some dimension you have to be on to understand. And damn that last panel is really really weird.

That last gag could definitely be taken a couple different ways, obviously we’re to assume the kids popped out of the coffins while playing and startled the woman, hence the need for smelling salts —or did the kids actually just catch the mortician off guard as he attempts to illegally acquire a new body for deadly profit? Hmmmm...

It is all very Addams-esque, ain’t it? A bit Gahan as well

Yeah, a few of these veer into Gahan Wilson territory for real--even the art looks a little like his from time to time. This is great stuff, and totally new to me. It's quite a thing to discover brand some new Nick Cuti. And of course, I didn't know he'd died until now, either.

My faves are the one with the jellyfish and the television commercial. They are always thinking up new ways to keep you from channel surfing during the commercials.

I have no idea why, but the Ahab one was my favorite. I just like the old sea dog's look.

My personal favourite is the nuclear blast victim one.

This is much more user friendly than your other blog because one doesn't have to click on each image to see it clearly. Obviously I have been missing a lot. Thanks for the link.

I didn't really understand the last panel at all. I thought it was a vampire trying to drink a victim at first. Then I thought he was trying to get the woman drunk. Then I saw the SALTS and it still makes no sense to me.