I love The Tales of the Ghost Rider by Dick Ayers, many of which appeared in the golden age Ghost Rider comic book series of the same name, (though today's story comes from the Feb - March 1953 issue of Tim Holt #34), and as some of you know I've posted quite a few at THOIA over the years. These are usually shorter tales of old west terror, and typically they don't actually star the supernatural cowboy avenger, The Ghost Rider either. I've had this story in particular ready for a while now, but felt that with its attractive, pin-up style good girl art (its also almost like a Poison Ivy alt universe entry), that maybe The Flower Women fit just fine over here at AEET too. So, if you enjoy this story and are not familiar with these tales, head over to THOIA and search for more Tales of the Ghost Rider-- you'll be glad you did because they're all pretty great! 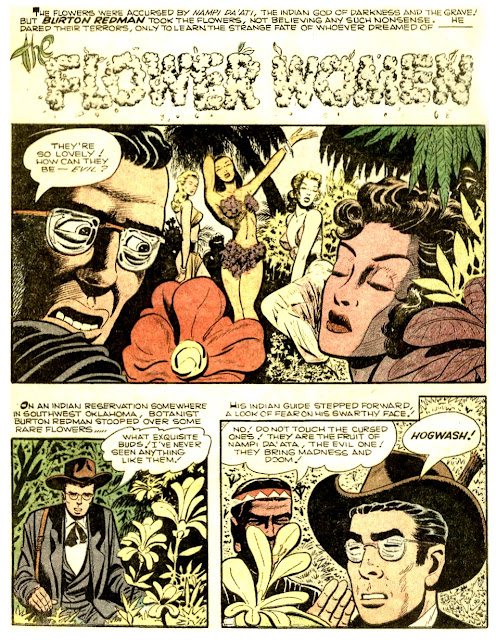 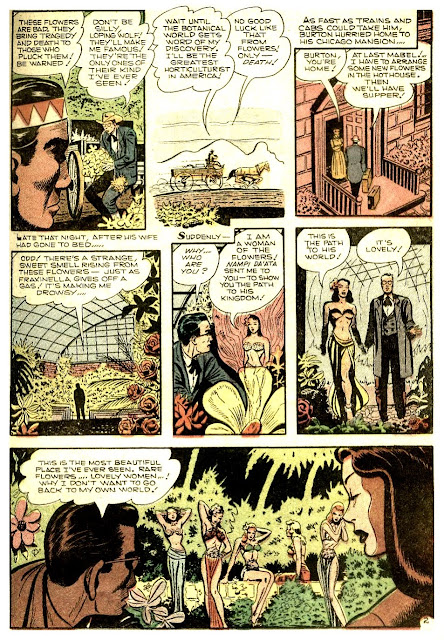 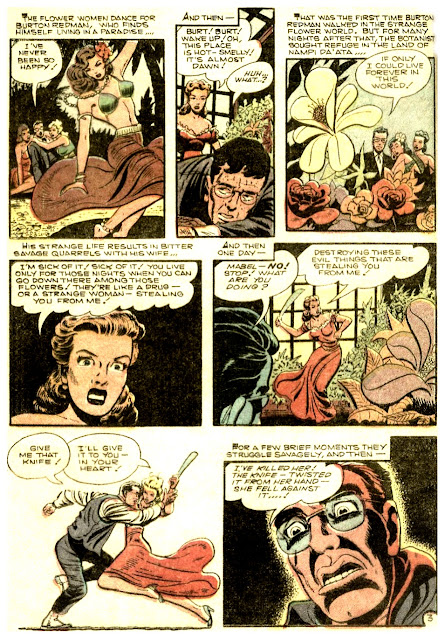 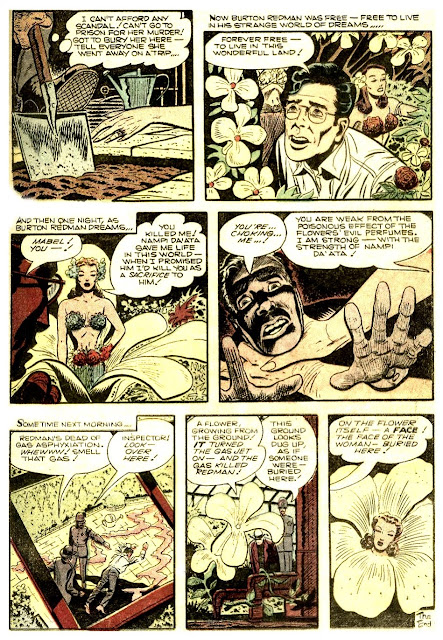 Yeah, that's great. No matter how many times you tell me, I always forget that Ghost Rider isn't just about the masked Golden Age cowboy-hero with a penchant for gaslighting. I am not particularly interested in that Ghost Rider (because I am only barely interested in Golden Age super heroics at all). But these little Dick Ayers shorts are always flipping great. Thank you for reminding me again and again. Some day it will stick.

I love the panel where Mabel goes after the flowers with a machete. I think the inker here kinda changes the usual dynamic feel of Ayers pencils (there's an old-fashioned feeling to this story that I don't usually associate with Ghost Rider), so those panels with his usual heroic vibe really pop. Also, I like all the exotic plants and weird foliage. Well, kind of weird. Honestly, these evil plants look like dogwood blooms--my state flower.

I wonder if this was inspiration for The Cowsills song "I Love the Flower Girl" aka "The Rain, The Park and Other Things"
stranger things have happened...

So glad I popped in to check out your other site. This could easily have been a THOIA entry. Art and story were great. Shades of little shop of horrors at the end. A brightly lit thank you Mr. K.