For a Night in October

I promised you all some jolting terror from the October 1969 issue of Jack and Jill Magazine (see previous post) and here we go with even more grisly games and petrifying puppets and all sorts of satanic projects and poems to make you scream with unholy Hellfire! Will there be more unrelenting madness in our next post too, you ponder? Of course! 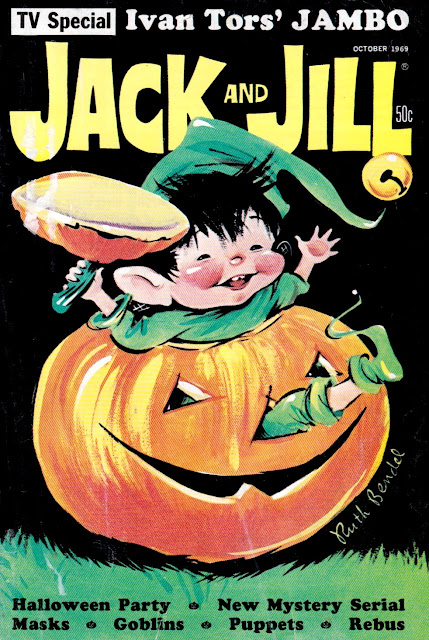 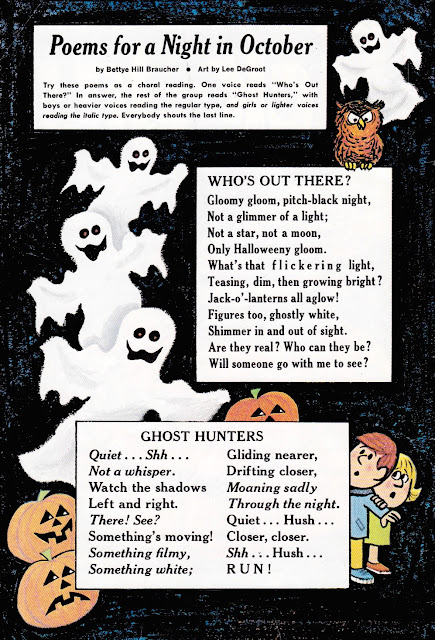 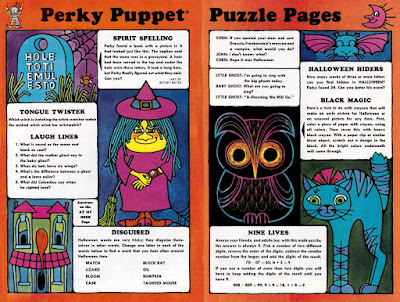 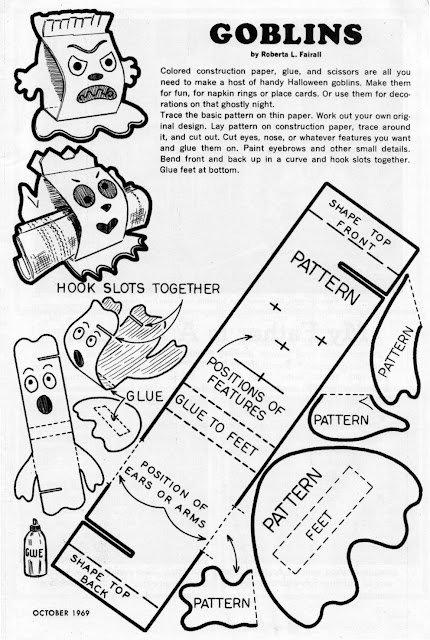 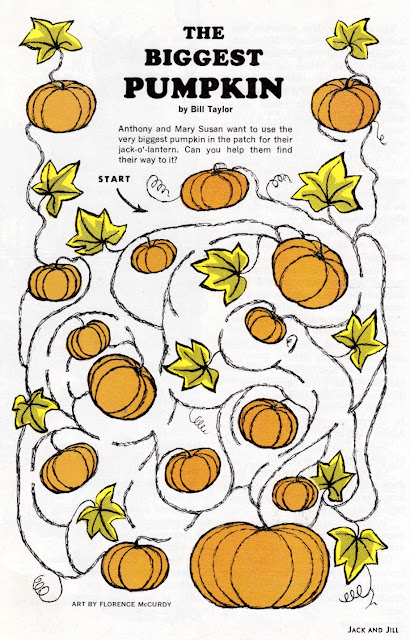 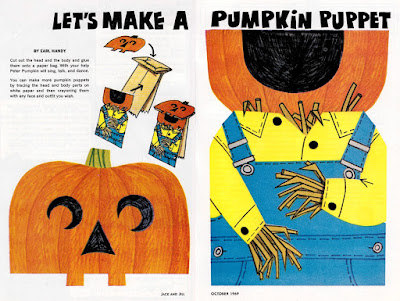 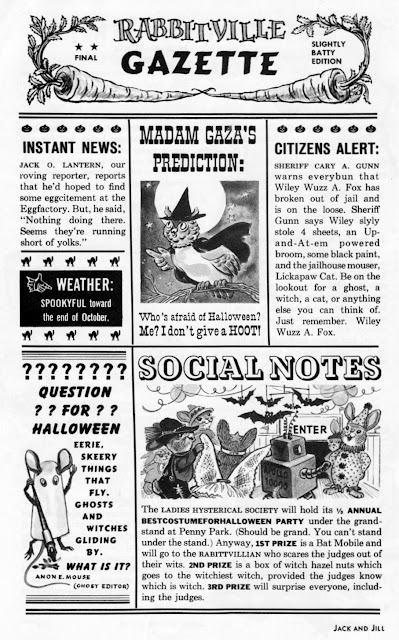 A few All Hollows poems found on the internet-

Jet-black cat with golden eyes,
Shadows black as ink,
Firelight blinking in the dark
With a yellow blink.

Halloween's a sudden BOO!!
And just as quick a scream:
Laughing in the scary dark,
Loving friendly fright.
On Halloween, witches come true;
Wild ghosts escape from dreams.
Each monster dances in the park,
Eating candy like a shark-
Now kiss and say goodnight!

Weird-looking creatures,
Can always be seen.
Don't be afraid for
It's just Halloween.

Hundreds of specters,
With goblins between.
Don't be afraid for
It's just Halloween.

Crackling bonfires
Light up the weird scene.
Don't be afraid for
It's just Halloween.

Pixie, kobold, elf, and sprite
All are on their rounds to-night,-
In the wan moon's silver ray
Thrives their helter-skelter play.

Cabbage-stomps-straws wet with dew-
Apple-skins, and chestnuts too,
And a mirror for some lass,
Show what wonders come to pass.

Doors they move, and gates they hide,
Mischiefs that on moon-beams ride
Are their deeds, and, by their spells,
Love records its oracles.

Don't we all, of long ago,
By the ruddy fireplace glow,
In the kitchen and the hall,
Those queer, coofllke pranks recall?

Eery shadows were they then-
But to-night they come again;
Were we once more but sixteen,
Precious would be Halloween.

These poems came form an old blog which, sadly, no longer exists. I think its name was Old Haunts.

Witching everyone an early Happy Halloween!

I literally cannot get enough of this stuff.

Thanks for the poems JMR!

I need to find time to read them.

That little newspaper reminds me of the one I created for Grade 8 history class. My headline was all about the slaying of Julius Ceasar because my publication date was the Ides of March. I included a hand drawn cartoon of Ceasar falling off a pillar. I also wrote an article on the mummification process AND an opinion piece on whether black cats were bad luck. Hee Hee!